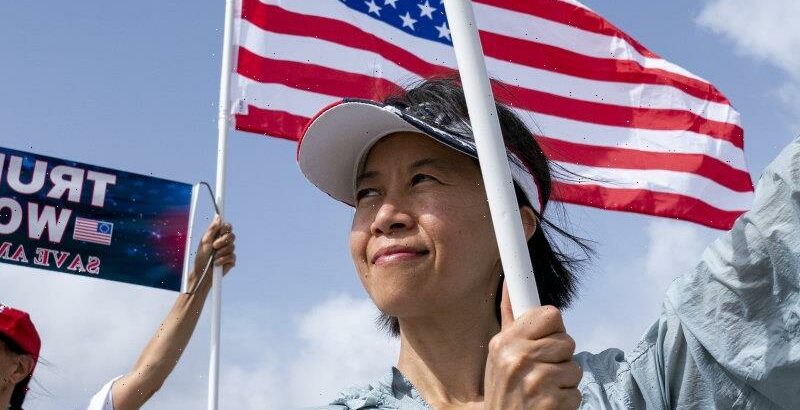 Washington: US federal authorities are under growing pressure from both sides of politics to explain why Donald Trump’s property was raided, as allies of the former president urge him to seize the moment by announcing another run for the White House.

More than 24 hours after the FBI executed a search warrant on Trump’s Mar-a-Lago estate in Florida, neither the Federal Bureau of Investigation nor the Department of Justice had provided the public with any details about what they found, or what led to the unprecedented move. 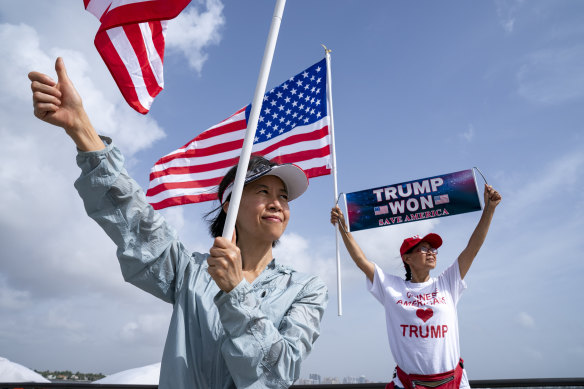 Trump supporters near his Mar-a-Lago estate in Palm Beach, Florida.Credit:AP

The White House also insisted that President Joe Biden had no prior knowledge that the search would take place, and called for calm amid reports that some of Trump’s supporters were using social media to call for “civil war”.

“Our message is that there is no place for political violence in this country,” said spokeswoman Karine Jean-Pierre.

Monday’s raid on Trump’s 17-acre Palm Beach property unleashed a political storm that has energised both traditional Republicans and the more far-right elements of the party, who are outraged by what they view as government overreach, lack of transparency, and an attempt to stop Trump from running for re-election.

Some of Trump’s allies on Capitol Hill have been privately advising the former president to use the momentum surrounding the event to announce another tilt for president in 2024 – something that he was widely expected to do, but not until after the midterm elections in November.

South Carolina Senator Lindsey Graham said he had personally spoken to the former president today, telling reporters that “the FBI has lost its way” and lamenting “this unending desire to destroy Trump and his family”.

“One thing I can tell you is that I believed he was going to run before — I’m stronger in my belief now,” he said.

The issue has also troubled some Democrats, including former New York governor Andrew Cuomo, who called on the department to explain itself or risk undermining the congressional probe into the January 6 Capitol attack.

“DOJ must immediately explain the reason for its raid & it must be more than a search for inconsequential archives or it will be viewed as a political tactic and undermine any future credible investigation & legitimacy of January 6 investigations,” he tweeted.

Meanwhile, Trump’s fans also gathered outside his Mar-a-Lago property in Florida and Trump Tower in New York to show their support for the former president and decry the actions against him as another political “witch-hunt”.

The FBI search warrant was revealed by Trump himself on Monday night, when he issued a statement on his Truth Social website claiming that his property was “currently under siege, raided and occupied by a large group of FBI agents”.

“They even broke into my safe!” he wrote.

Authorities were searching for classified documents taken from the White House after Trump left Washington after losing the 2020 election to Joe Biden. 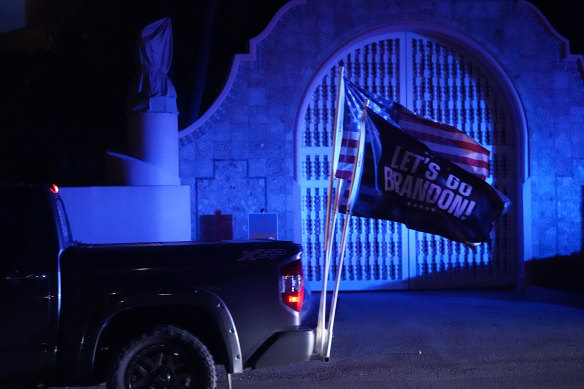 A supporter of Trump drives past his Mar-a-Lago estate, after the news of the raid.Credit:AP

The National Archives and Records Administration – which is charged with the preservation and documentation of government and historical records – began communicating with Trump’s representatives last year about boxes of White House records he had stored at his Mar-a-Lago property, in violation of the Presidential Records Act.

Fifteen boxes were recovered in January, including some that were “marked as classified national security information” and others that appeared to have been “torn up” by Trump.

While the president insisted in his statement that had been cooperating, federal authorities had reportedly grown increasingly concerned that Trump or his lawyers had not returned all the documents. 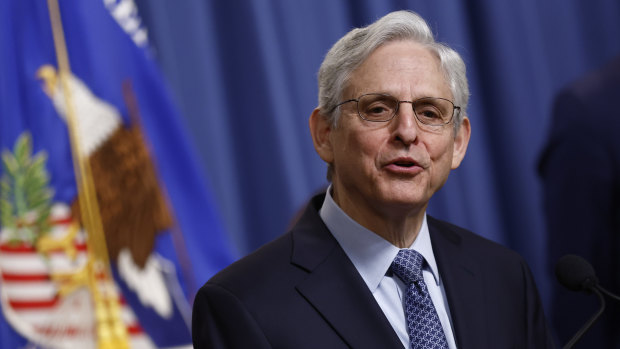 The details of the warrant remain sealed, and without an explanation from FBI director Chris Wray or Attorney General Merrick Garland, anger has continued to foment in Washington.

Wray was nominated to be FBI director by Trump in 2017.

The execution of the search warrant comes as the select committee into the January 6th Capitol attack prepares to unveil its findings next month, following a series of explosive hearings that have accused the former president of knowingly inciting the incident as part of a deliberate and co-ordinated attempt to overthrow the 2020 election.