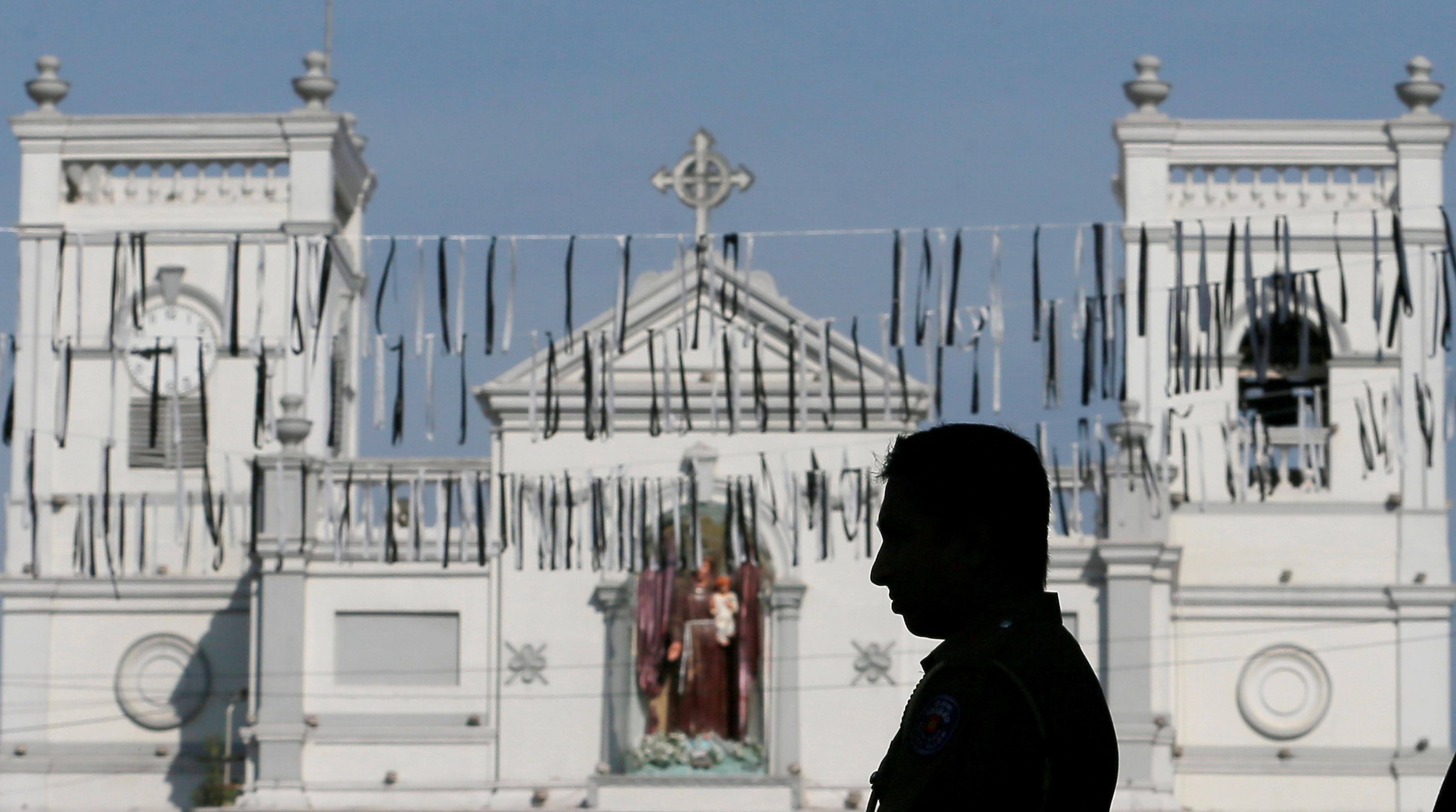 COLOMBO (Reuters) – Ab Nirmala had just recounted how a day earlier she had found her daughter alive amid the body parts and bloody corpses strewn across the nave of St Anthony’s Church, when a car exploded outside her home, plunging the 54-year-old woman deeper into the trauma consuming all of Sri Lanka.

Scared and confused, she wheeled about her living room, exclaiming in distress and calling for a relative, not knowing that the blast on the street below her balcony was the result of a controlled explosion by police looking for suspected bombs.

A day earlier, she had been among the congregation celebrating morning mass on Easter Sunday at the church in Colombo targeted by one of at least seven suicide bombers in a series of coordinated attacks across the country.

“There was a loud sound and I turned to see. Something huge fell from above and there was a big fire burning. I was shocked, for 15 minutes I didn’t know what was happening and didn’t even look for my daughter,” Nirmala, a seamstress, told Reuters.

“I was looking for my daughter but when I found her she could not recognize me. She didn’t know who her mummy was. She said ‘God saved me’, ‘God got me and my mother out safely’.”

The scenes from hell that Nirmala saw as she groped around the floor of the nave were seared on her memory.

“My slipper had a big piece of flesh – whose flesh I didn’t know,” she recalled, speaking in Tamil. “I looked the other way and saw a small kid’s hand and leg and blood and just half the body and head, I looked away and came back. I came home after seeing that and my mind was in total shock.”

Sat with an older relative on a couch, with a picture of Jesus Christ mounted on the wall above, Nirmala’s voice rose with alarm and desperation as she described her fear.

“I won’t go to the church because I’m very scared to go. I don’t know what is going to happen to me,” she said.

“Also, my husband isn’t here, he’s in the U.K.. I want to take all my children and go there because I’m very scared to stay here.”

Police said on Wednesday that the death toll from the attacks on churches and hotels had risen to 359.

The attacks were claimed on Tuesday by the Islamic State militant group, which said they were carried out by seven attackers but gave no evidence to support the claim.

If the Islamic State claim is true, that would make it one of the worst attacks carried out by the group outside Iraq and Syria.

The majority of Sri Lanka’s 22 million people are Buddhist, but the Indian Ocean island is also home to large Muslim, Hindu and Christian minorities. Until now, the Christian community has largely avoided the worst of the island’s conflict and communal tensions.