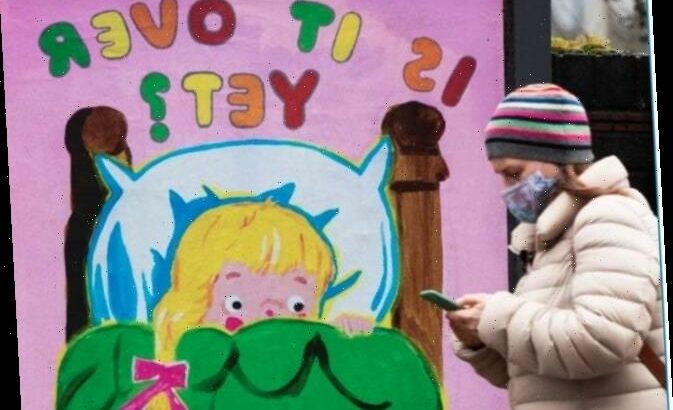 THERE are fears an easing of lockdown could be delayed as falls in Covid rates stall.

Infections have hovered at around 12,000 in the last few days as the rate of decrease slowed following six weeks of steadily dropping numbers. 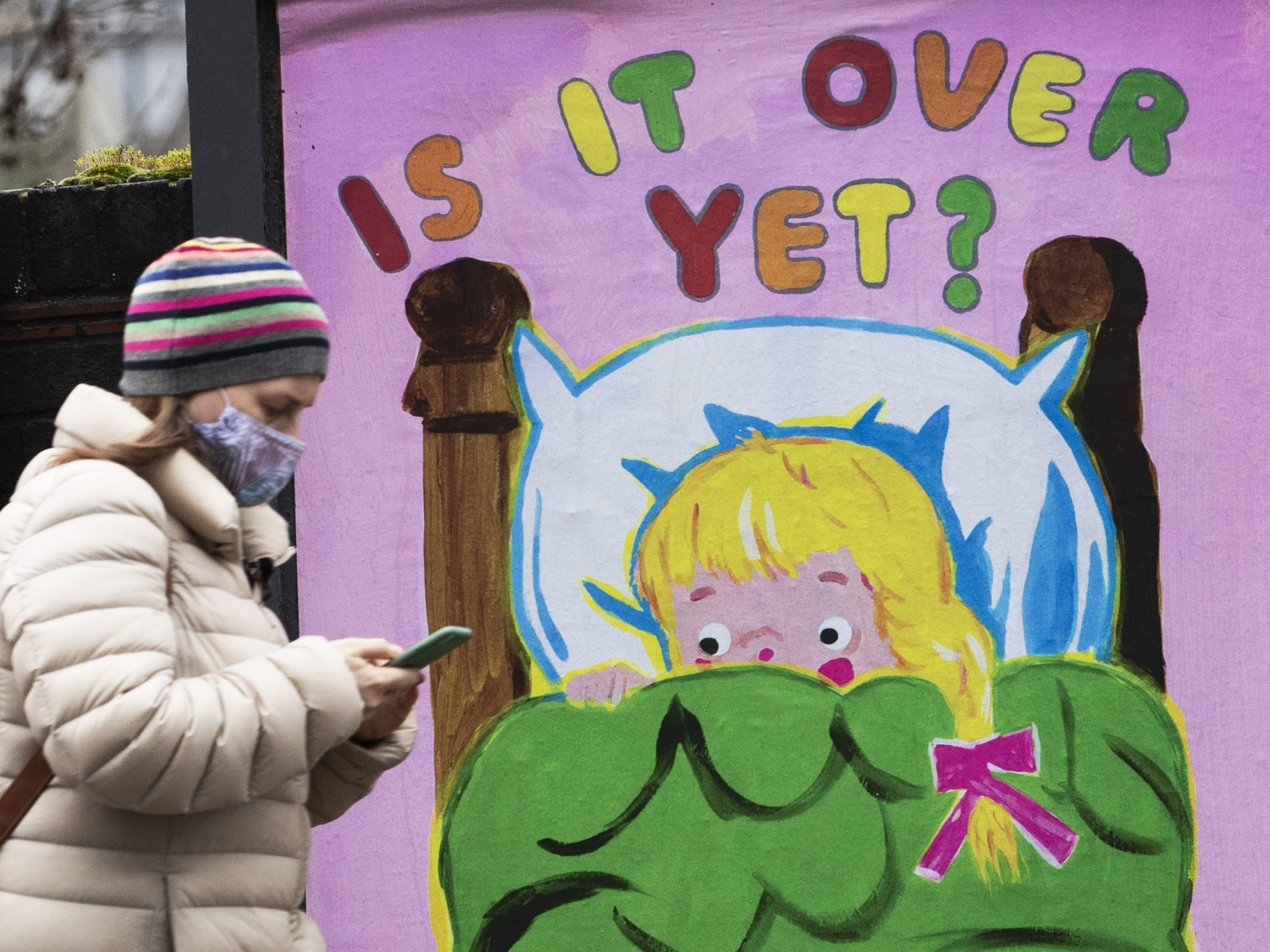 Boris Johnson is due to unveil his roadmap out of lockdown on Monday and has insisted he'll be guided by "data, not dates".

There are reports the Government has set a benchmark of 1,000 cases a day before restrictions are loosened.

But this week's slowing in the rate of cases falling has sparked concerns the PM's planned lifting of lockdown could be derailed.

Prof Tim Spector, who leads the Zoe Covid symptom study app at King's College London, said today: "Although daily new cases have fallen steadily for six consecutive weeks in the UK, in the last few days the rate of decrease has plateaued.

"This is mainly true in places like Scotland, Wales and the Midlands compared to London and the East.

"It’s unclear why this is happening, although people relaxing their guard after vaccination or altering behaviour in the cold weather are possible.

"But it’s encouraging that COVID-related hospital admissions are still falling and much lower than at the peak.

"With cases still falling in the at-risk age groups and the vaccination roll out continuing there is still reason to be hopeful – but we clearly can’t be complacent."

Cases had been slumping since the start of January, with infections down by almost a third in a week, Office for National Statistics (ONS) data shows.

It was reported this week that significant restrictions could remain in place until cases drop into the hundreds.

It has been hoped infections could fall below 1,000 by the start of April after numbers slumped from more than 60,000 a day at the start of January.

Meanwhile, Chris Hopson, chief executive of NHS Providers, which represents NHS trusts in England wrote to the PM  earlier this week to lay out a series of tests that must be met before restrictions are eased.

They include waiting to see weekly Covid infections plummet to under 50,000.

He said: "I think there is a pretty clear view that number needs to come down to around 50,000."

"Members of Sage last week were saying that daily cases numbers were at 9,500, some members of Sage are suggesting it needs to come down to 1,000.

"We need to follow the data and it's the government's job to set out in the roadmap what that's going to be."

Some scientists have this week called the trend a "hitch" after seeing a decline in cases for five weeks running.

In a worrying twist, infections may even be on the rise in some areas, it was reported this week.

Millions of Brits report to the app if they suffer symptoms of the virus, as well as if they have had a test or a vaccine.

Prof Spector revealed the findings from the app on Twitter this week,

Graphs showed an uptick in cases reported in Yorkshire, the North East and the East Midlands in England.

Scotland and Northern Ireland are also showing signs of . jump in cases.

But London and south of England are still seeing a downward trend, Prof Spector said.

The estimate of the R rate on February 13 was 0.9 for England, according to the graphs, compared with 0.8 reported by the app on February 7.

The R is how many people one infected person passes the coronavirus on to, and changes based on how much people are socialising.

It must stay below 1 for the outbreak to shrink. 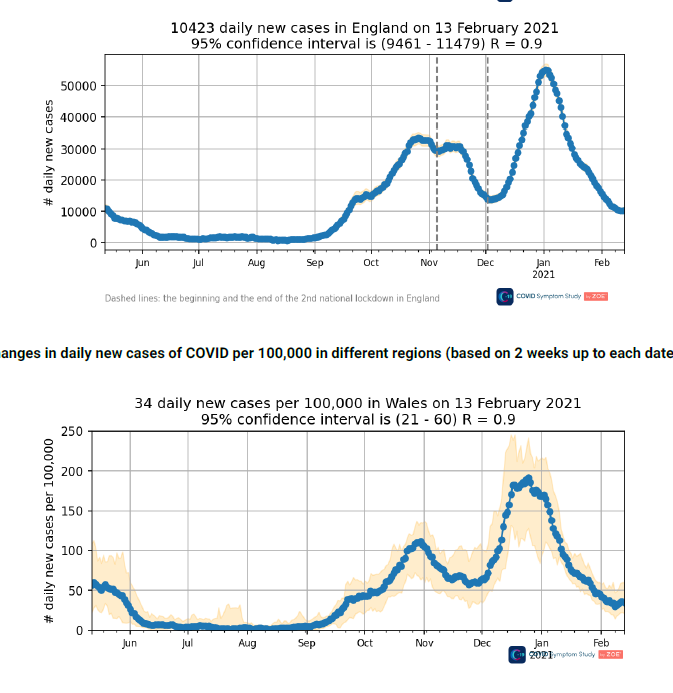 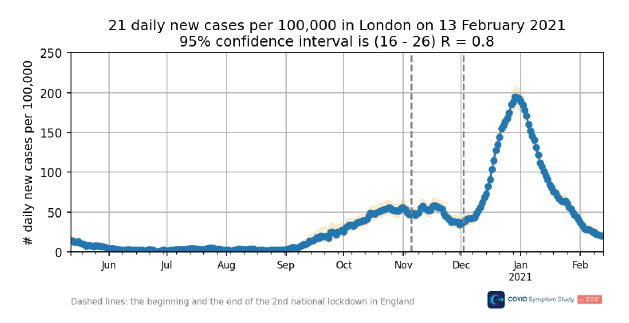 Prof Spector said his team was investigating whether the increase in people reporting symptoms was done to vaccinations.

Side effects of the coronavirus jab include a fever, fatigue and headaches – typical of vaccines already in use.

These side effects are similar to the symptoms of coronavirus infection, which may be causing a mix-up in the data.

Prof Spector also said it was possible people were letting their guard down after receiving the vaccine, before they are protected against the disease.

They may be picking up the coronavirus by mixing with friends and family.

It comes after a study from the University of East Anglia found people’s risk of infection doubled in the first eight days after vaccination – possibly because people become less cautious.

It takes at least two weeks for the immune system to have built a response following a vaccine dose, during which time people have “no protection whatsoever”, Prof Spector warned.

The ZOE app data is the first to suggest the pace at which Covid cases are falling has stalled.

It is usually published on a Friday, alongside the Office for National Statistics (ONS) infection survey, which last week said infections had fallen for the fifth week running.

It comes as the Government creeps closer to lifting parts of the third national lockdown in England.

Prime Minister Boris Johnson said today he will take a "cautious and prudent approach" to rolling back restrictions.

And the hospitality industry will likely be the last to open up.

The PM will be looking at data on how well vaccines have worked to decide the “roadmap” out of lockdown, due to be revealed next Monday.

But one scientist advising the Government said that the data is looking so good it calls for an "earlier unlocking".

Mark Woolhouse, professor of infectious disease epidemiology at the University of Edinburgh, told the Science and Technology Committee today: “All those numbers are looking really good.

“My conclusion from that is if you’re driven by the data and not by dates, right now, you should be looking at earlier unlocking.”