Rauri Barratt had 'Southern Rail are s***' inked onto his ribs to symbolise the suffering rail commuters have to go through everyday. 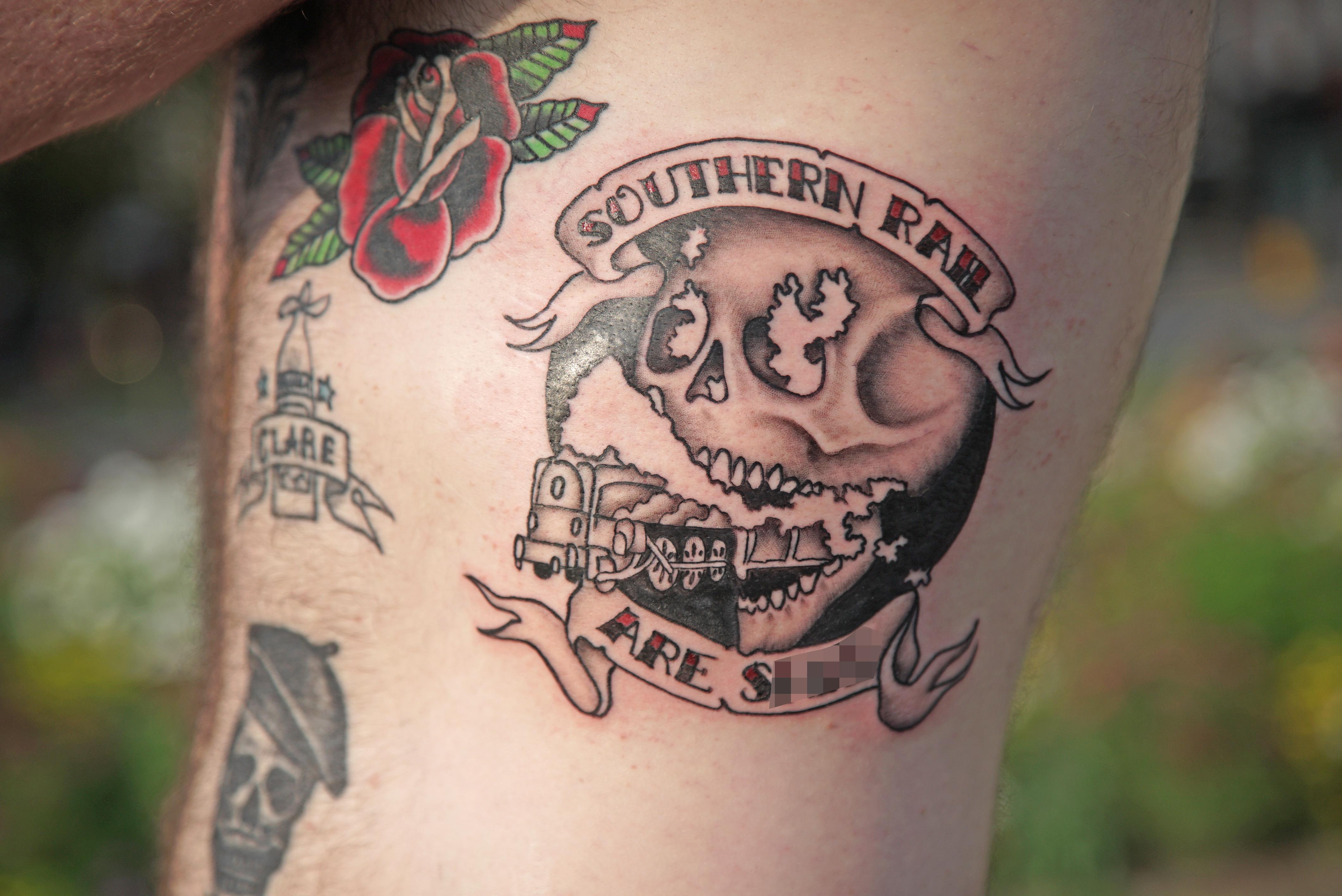 The 36-year-old video producer from Whitehawk, Brighton, also set up an online fundraiser to help pay for the tattoo, with fellow disgruntled passengers donating towards the £136 artwork.

Mr Barratt said: "Getting this done doesn't hurt nearly as much as a Southern Rail journey.

"I might end up regretting it but the point of this is to make a statement about Southern Rail."

Mr Barratt said he has experienced 'nightmares' using Southern Rail, although he admitted he hasn't suffered as much as passengers who commute daily. 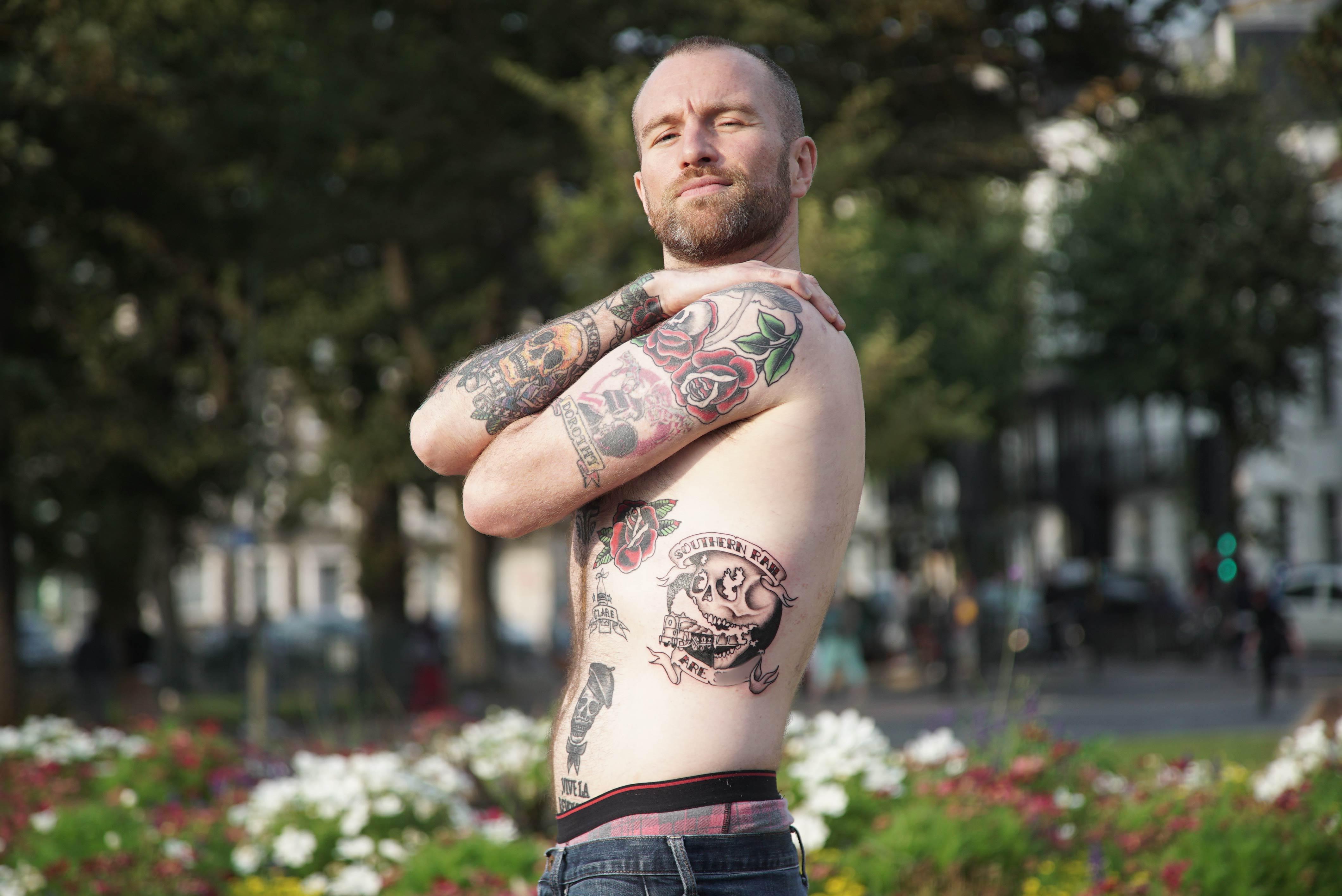 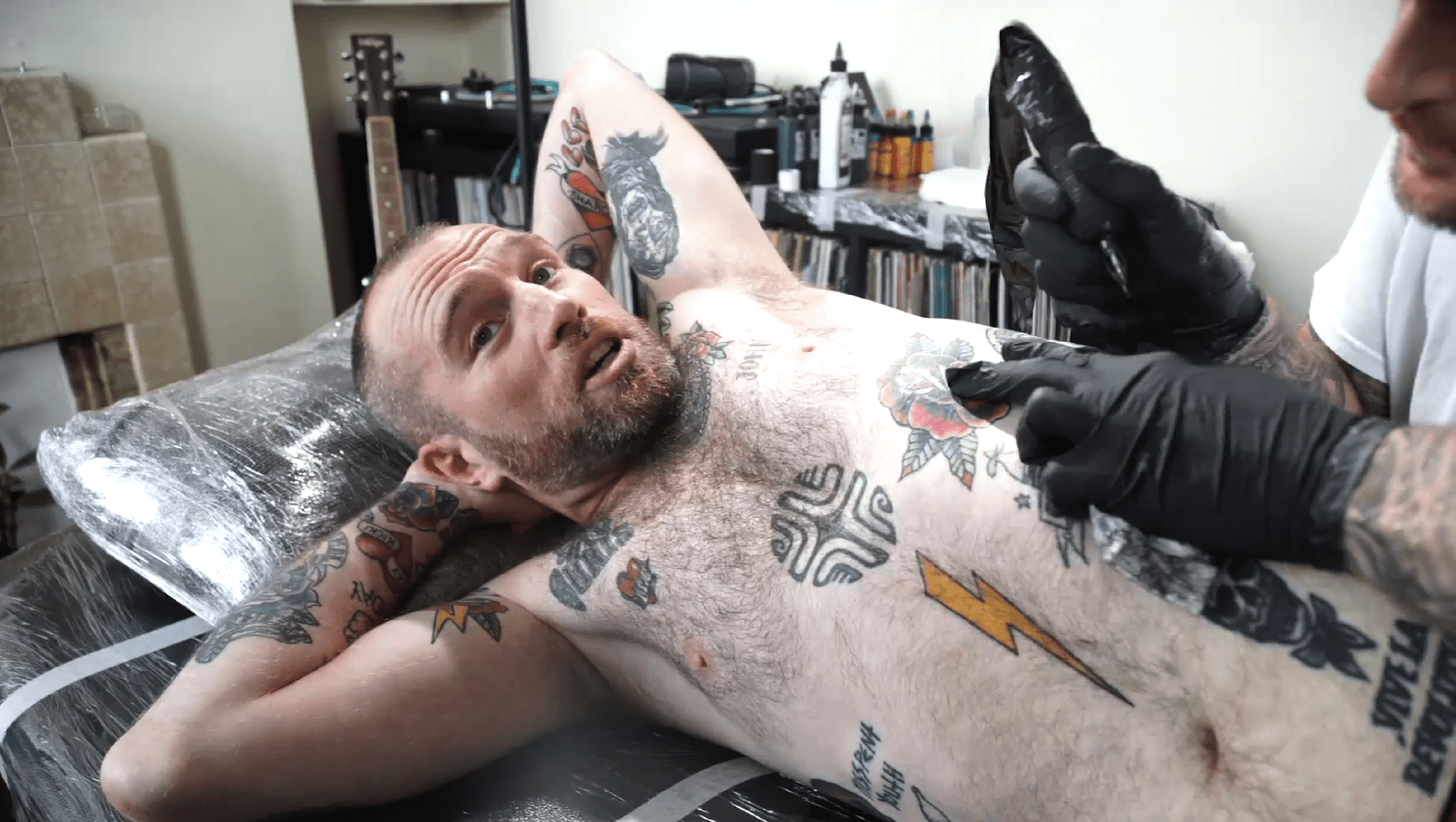 "We are going to put pictures and video of the artwork on Twitter," said Mr Barratt "so that people who are suffering from Southern Rail can tweet the tattoo to the management rather than take it out on staff."

The train company was recently voted the worst in the country for the third year running, with only a quarter of customers saying they were satisfied with the service.

Southern Rail have been plagued with strikes organised by RMT Union members, bringing travel disruption to weary and frustrated commuters.

The strikers claimed they made the decision due to disputes over staff roles, saying planned changes were making their jobs more dangerous.