Residents fed-up of drug dealing in their streets took action by creating a ‘drug dealers only’ car parking space to highlight the issue.

An anonymous group of artists working in an east London neighbourhood installed the space to draw attention to the topic.

Calling themselves the Columbia Road Cartel, they also installed six signs on lampposts in the area near Shoreditch yesterday morning to underline levels of drug crime in the region. 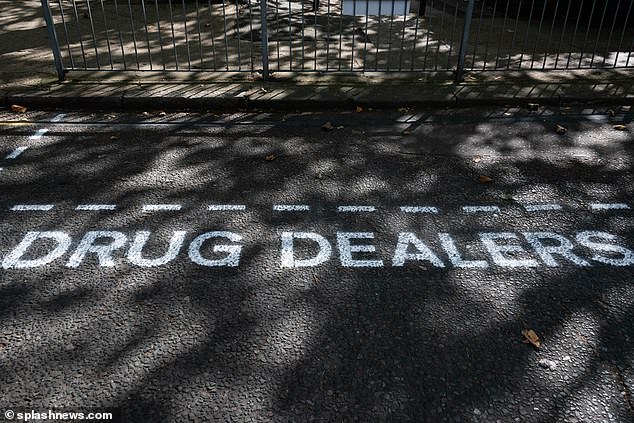 Local resident Penny Creed tweeted the images, saying: ‘Local street artists trying to embarrass the @metpoliceuk and @TowerHamletsNow into doing something about the brazen drug dealing in my neighbourhood £columbiaroad £asb’.

Resident Jonathan Moberly said: ‘One corner of our street is used as a drug collection point 24 hours a day.

‘Heroin and crack addicts gather in small groups waiting for deliveries which arrive by speeding car. 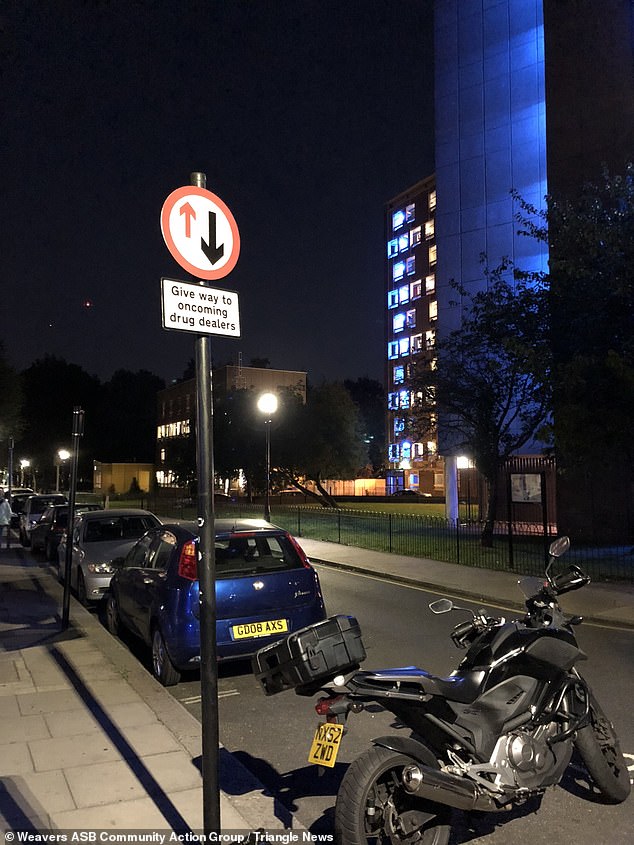 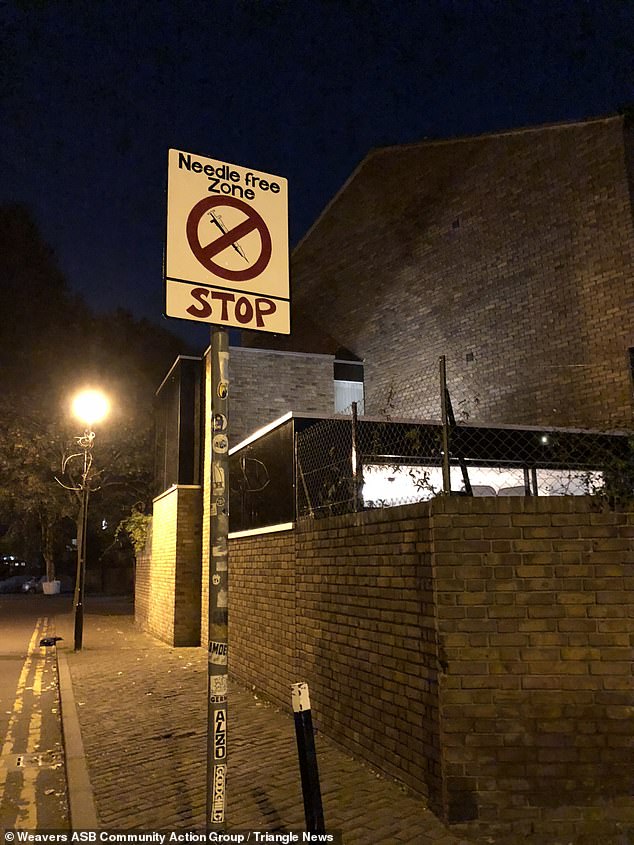 ‘It is barely possible to avoid walking around or through these gatherings when leaving or returning home.

‘Six months ago my stepson Jake was victim of a hit-and-run by one of the dealers.

‘His ankle was badly smashed and he is still unable to return to work. The authorities seem to be powerless or uninterested to act.’

Another resident said: ‘I have to change the way I walk home from work as there are so many picking up drugs at 7.30pm. Where I work they sleep outside every night in Florida Street, we have to have the needles picked up each day.’

The Weavers Community Action Group, which commissioned the signs, claims to have around 70 members in the area. 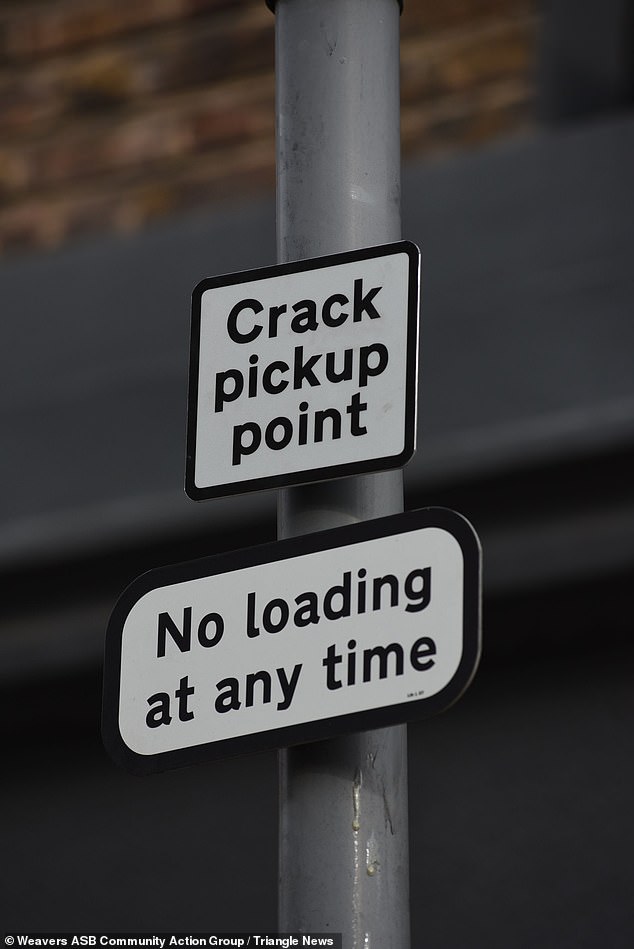 ‘We understand the frustration of these residents, which is why the council has invested £3 million in additional police officers to make up some of the shortfall in government cuts to the police.

‘We are also working with the police on Operation Continuum, which targets drug dealers and offers support to those affected by it. So far, 160 people have been arrested as the operation works its way around the borough.’