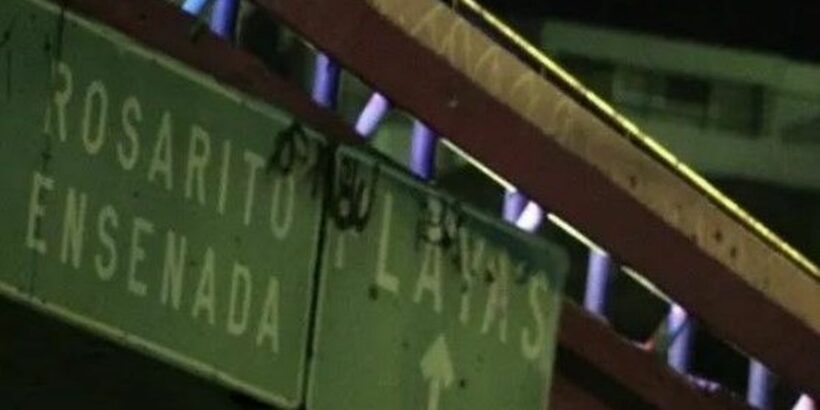 A female corpse hanged from a bridge in a city plagued by cartel violence had a creepy note attached, appearing to glorify gang war.

The woman, who was wearing a strapless green blouse, appeared in the early hours of Thursday on the El Mirador bridge in Tijuana, Baja California, Mexico.

“Welcome to the art of war. Keep trying scumbags," read a message on a piece of cloth found on the woman.

The body, riddled with stab wounds, belonged to an unidentified woman between 35 and 40 years of age, according to reports in Mexico.

Boderland Beat reported that she had robust dark complexion and dark brown hair.

In April, just a few kilometres away in the border city just south of California, another woman's body was found in a similar fashion.

Zeta Tijuana reported that 16 women were murdered in August, and 159 so far this year.

From January to August 1,292 murders were registered in Tijuana, according to the State Investigative Agency.

In June, decapitated heads and charred corpses were discovered as 15 people lost their lives during little more than a day of brutal cartel killings.

The murders happened across several different neighbourhoods of Tijuana.

According to the State Investigation Agency, the first case happened in the early hours of Sunday (June 26) with two human heads – one male and one female – found in front of El Mirador's La Isla residential complex.

The gruesome discovery was accompanied by a note that read: "This is for all the whores who support the scourge in Playas. There is already a new administration called La Menchiza."

Next, in the Granjas Buenos Aires neighbourhood, an unidentified, half-buried male body was reported in a state of putrefaction before Gonzalo Chavarría Ramírez was shot to death in the suburb of Torres del Matamoros.

Human remains, including a female head, torso and other body parts, were also found inside a sack while two plastic boxes left in front of Conalep High School in Villa Floresta contained the torso of a man aged between 65 and 70 and two female legs.

Later, the charred corpse of a person, whose sex or age could not be determined by police officers, was located on El Pino Street behind the jacuzzi factory in Terrazas del Valle and in Las Torres, a badly-decomposed body was found in the boot of an abandoned vehicle.

Another unidentifiable burnt body was reported on Turquesa Street, next to a door-manufacturing company while Manuel Alejandro Alfaro Rodríguez was found dead due to injuries caused by a firearm.

The bodies of a woman and a head-less man were next found in a riding school on Tizoc Street in the Manuel Paredes 3 neighbourhood, before Salud Estrada Almaraz was shot to death in Zona Norte.

The killings continued as Jorge Alberto Sonora Carraza was shot in Lomas de Belen and another charred corpse was discovered in Paseos del Vergel.