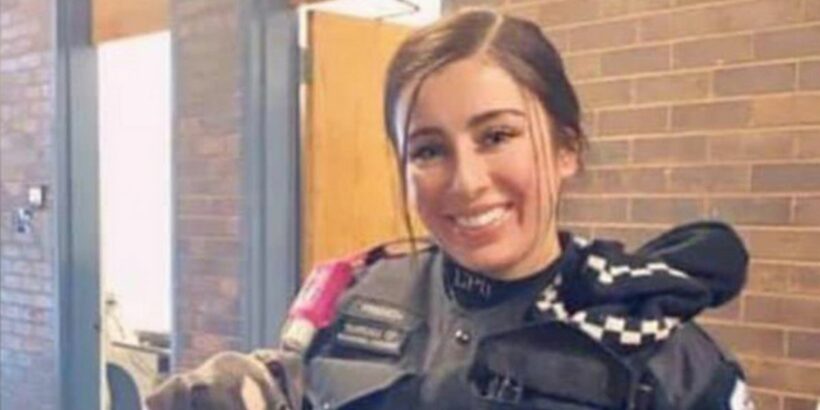 A two-month-old girl will grow up without a mother after her police officer mum was shot and killed in the line of duty – while making a routine traffic stop.

Ella French, 29, had just returned from maternity leave when she died on Sunday, August 8, after getting caught up in the horrifying shooting the night before.

A second police officer also caught in the firing line is now fighting for life in hospital following the horrific incident, which happened on the South Side of the US city of Chicago.

Ms French, who has yet to be formally identified by city officials, had been with the Chicago Police Department since April 2018, Superintendent David Brown confirmed at an emotional press conference on Sunday.

He asked local residents to "wrap their arms around our police officers and encourage them to continue their great work in protecting us all".

Mayor Lori Lightfoot urged the city to come together and said: "We must unite, we have a common enemy, it's the guns and the gangs.

French's brother, Andrew, told the Chicago Tribune that his younger sister always thought of others before herself.

He said: "My sister’s always been a person of integrity. She’s always done the right thing even when no one’s looking.

"She has some attributes that you don’t find in this world anymore. God took the wrong kid."

Reports say that the officer had just returned from maternity leave and that she leaves behind a two-month-old daughter.

Paying tribute on social media, the Chicago Police Department said: "We will never forget the true bravery she exemplified as she laid her life down to protect others.

"Please hold her family, loved ones, and fellow Chicago Police officers in your thoughts as we grieve the loss of this hero."

It went on: "Please also pray for her wounded partner, who is in the hospital fighting for his life. We're asking for everyone to lift this officer and his family as we pray for his recovery."

A police officers' union, the Fraternal Order of Police also paid tribute and said: "Late last night 2 of our own were shot. We lost a sister in blue. Officer Ella French was murdered while conducting a traffic stop with her partners. Our hearts go out to her family, friends, and co-workers.

"The second officer is still fighting for his life. Please keep him in your prayers and thoughts."

Three suspects are in custody and local reports say that neighbours helped apprehend one of them.