Female swimming instructors traded blows in naked punch-up in the showers after one said ‘f*** you, die b****’ in poolside row in front of shocked children, tribunal hears

Two female swimming instructors traded blows during a naked punch-up in the showers after one said ‘f*** you, die b****’ in a poolside row in front of shocked children, a tribunal heard.

Margarita Damova and Sarah Aiello fought after falling out next to the pool where they worked at the four star Marriott Regents Park Hotel in London in May 2018.

The pair had such a heated argument that Ms Damova dived in to escape the abuse she was receiving from Ms Aiello.

The dispute then escalated into a brawl in the showers afterwards where Ms Damova accused the supervisor of attacking her while she was ‘naked and helpless’.

Both of the instructors were suspended while the incident was investigated, the hearing was told.

Ms Damova resigned because she felt ‘totally humiliated’ that the company had treated her as an offender rather than the ‘victim’.

She sued her employer, Swimming Nature UK, for unfair dismissal. But her claims were dismissed after the tribunal concluded her behaviour had been out of line. 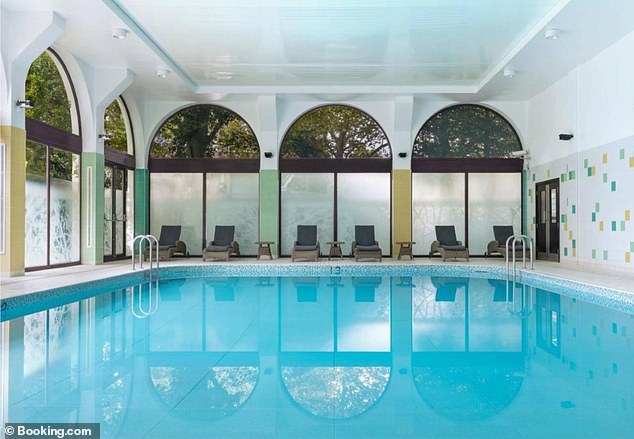 The hearing was told Ms Damova started working as a children’s swimming instructor for the company, the largest independent swimming tuition service in Britain, in July 2017.

Ms Damova, who moved to the UK from Bulgaria in November 2015, has a bachelor’s degree in Swimming Coach and Teacher Specialist.

In May 2018 Ms Damova was working with Ms Aiello, who was acting as swimming coordinator, supervising the instructors.

The pair did not have a good working relationship, the tribunal was told.

Ms Damova wanted to merge two classes in what Ms Aiello believed was an excuse to give herself another break after which an argument ensued in front of children and their parents.

Despite the 1.2 metre deep pool being surrounded by ‘no diving’ signs, Ms Damova dived into the pool to ‘get away’ from Ms Aiello twice as she was being ‘abusive’, the court heard.

According to Ms Damova, Ms Aiello called her a ‘rubbish idiot’ and said ‘f*** you, die b****, go away and find another job because I don’t want you here’.

Both headed to the showers after their shifts.

In a letter read to the hearing, Ms Damova said: ‘While I was taking a shower, Ms Aiello banged on the door on my shower cubicle in a very aggressive way which instantly made me think there must be an emergency situation of some kind.

‘I instantly opened the door to see if she was ok. Before I could even react, I felt incredible pain in my face (nose and mouth in particular) and a moment later I realised that Sarah Aiello had punched me in the face.

‘It took me a few seconds to realise what has just happened. I tried to defend myself, while completely naked and helpless in the shower cubicle.

‘I tried to hold her hands and to block more punches, while she continuously attacked me aiming to hit me anywhere she could, shouting and verbally abusing me too. 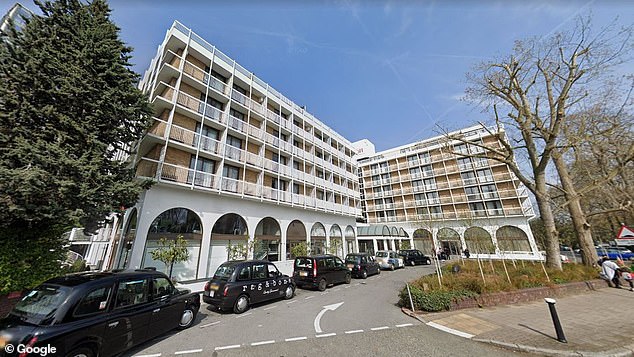 ‘I did not expect or provoke in any way a physical attack. I am still in absolute shock. I cannot sleep and shaking from the trauma.’

Ms Aiello admitted to bosses ‘throwing the first punch’, the tribunal heard.. But she said she had slapped her in self defence and had been slapped back and pushed over herself.

Photographs of bruises incurred by both women during the fight were shown to the tribunal.

Ms Damova reported the incident to the police but the case was not pursued due to insufficient evidence.

After an investigation by the company’s HR department, both women were suspended.

The tribunal heard that Eliza Jaiswal, the General Manager and Head of Human Resources and Recruitment, felt that Ms Aiello’s bruises were worse and matched her account that she had been pushed to the floor.

But she decided both parties were equally to blame and recommended disciplinary action against them.

After Ms Damova was told that her behaviour amounted to gross misconduct, she resigned as she felt she was not being supported as she had been the ‘victim’ and it was ‘totally impossible’ for her to return to work, the court heard.

But the panel – headed by employment judge Stephen Bedeau – concluded the company had acted fairly.

‘Ms Jaiswal wanting to investigate the incident and having done so, concluded that she was unsure who the aggressor was and decided to suspend both.

‘She was sure from both parties that physical violence had taken place.

‘It was clear to Ms Jaiswal that both employees had been fully involved in unreasonable behaviour towards the other. They were equally to blame and equally culpable.’

As well as her claims of unfair constructive dismissal, the tribunal, held in Watford, also dismissed an additional claim by Ms Damova that she had been unfairly treated for blowing the whistle on company working practices.