Twitter has been condemned for deleting accounts of female users because they said that men could not become women.

Feminist group Fair Play for Women claimed that the social media giant was aiding an attack on free speech by removing the comments for being ‘transphobic’.

The group said women’s accounts were being suspended simply ‘for stating biological and legal facts’.

Fair Play for Women published an open letter to Martha Lane Fox, who sits on Twitter’s board, to back their right to ‘not be silenced’ 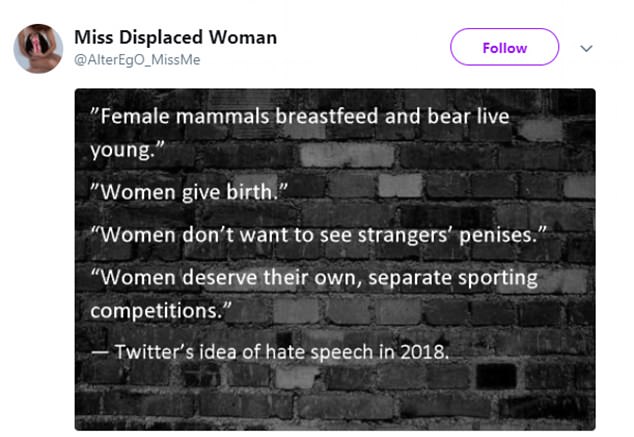 The women claim Twitter accounts are being deleted for ‘simply stating basic, incontrovertible biological facts’, such as ‘women give birth’ 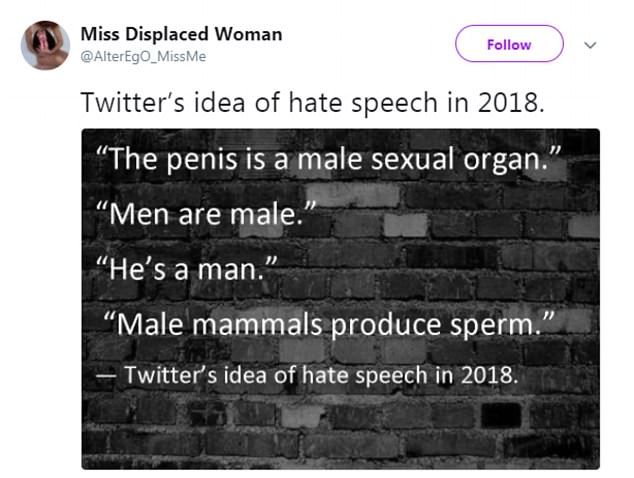 The feminist group claims by banning them from the site after such statements, Twitter is carrying out ‘a concerted attack on women’s free speech’

Twitter has previously been criticised for its failure to remove posts from jihadis and the far-Right, as well as those giving details of sex assault victims.

In a letter to Martha Lane Fox, a cross-bench peer who is on Twitter’s board, the group said: ‘Women are being silenced.

‘We ask you today to use your voice to speak out against this new wave of misogyny and to stand up for women when we are being deprived of a platform from which to speak the truth.’

The letter was signed by more than 50 women, who describe themselves as ‘doctors, lawyers and members of the Armed Forces’, among others.

The group claims Twitter has taken down accounts where women have made statements such as: ‘The penis is a male sexual organ.’

Its letter added: ‘Online, women are threatened with violence for saying things that should not be controversial, but have become so. For saying that males cannot become females. For saying that women do not have penises.

‘For saying that women’s spaces such as refuges should be safe havens for women only.’

The writer and filmmaker said: ‘They’re being banned because they’re harassing people online and they’ve been targeting people and have been repeatedly calling trans women “men” with malicious intent.

‘This isn’t any sort of reasonable debate about trans rights or about the Gender Recognition Act, or about girl guides, this is about targeted harassment where people have been engaging in unacceptable behaviour and I don’t think it’s right that people are actually targeting people in this way.’ Nicola Williams, from Fair Play for Women, said: ‘The main point is, really, all people are actually saying are biological or legal facts and they are being considered “hateful” by Twitter.’ 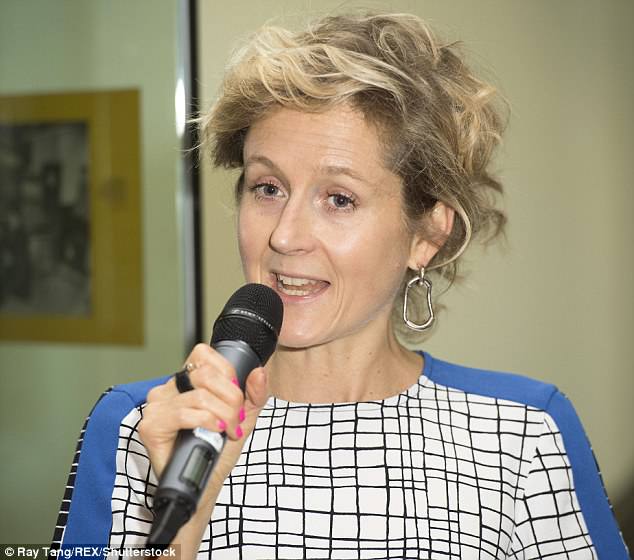 They hope Ms Fox (pictured), who is also a member of the House of Lords, will help ‘stop allowing men to police our language, threaten us and abuse us’

Dr Williams, a scientist, said that the site’s policies meant it was impossible to have a ‘proper debate’ about the issue. ‘Silencing one side of the debate is wrong,’ she added.

While Dr Williams said ‘hateful’ comments should not be allowed on Twitter, she said the firm’s rules had ‘got it wrong’.

One of the banned users was told that their post, which read, ‘All rapists are men,’ amounted to ‘hateful conduct’ and was in violation of Twitter’s rules. Within hours of the Radio 4 broadcast yesterday, for which Dr Williams was also interviewed, many users on Twitter also attacked the BBC for supporting transphobia.

Twitter has been one of the preferred means of communication for jihadis, including gloating posts after last year’s Manchester attack. Pages belonging to Britain First and ex-English Defence League leader Tommy Robinson were also banned only recently, while names of victims of sexual abuse have also been plastered across the network. Twitter said its rules are enforced equally for every user, regardless of the commentary they engage in.