Roaming packs of feral dogs killed six children and injured two dozen others in just the past week as they terrorise villages in northern India.

Locals were keeping their children at home and killing any dogs they encounter in and around the town of Sitapur, about 50 miles from Lucknow.

Many of the attacks occurred when children were out gathering mangoes or using outhouse toilets as many homes in the area lack indoor plumbing. 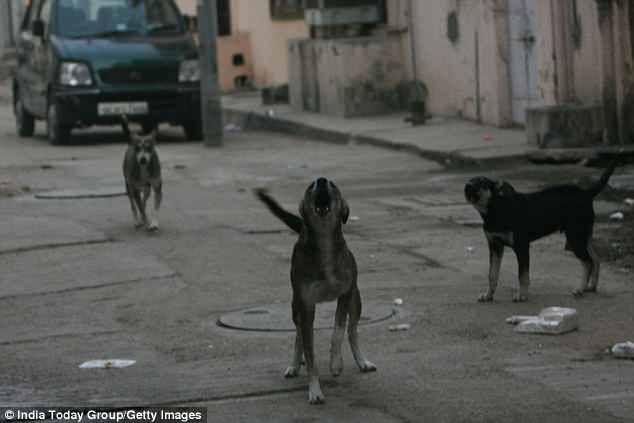 Twelve children have been killed in dog attacks in the area since November, senior police officer Anand Kulkarni said.

It was not clear how many dogs were involved in the attacks, but India has millions of strays that wander the streets in even the most exclusive neighborhoods.

The feral dogs often survived on leftover food set in alleys for them, but also face relentless cruelty by people, and regularly fight other dogs over territory.

Injuries from dog attacks are fairly common but a string of fatalities in one area is rare.

Some villagers believed the attacks began after a nearby illegal slaughterhouse was closed, making the dogs more aggressive without a major source of food.

Education officials said some schools saw a big drop in attendance because of the attacks and parents were told to accompany their children to and from school. 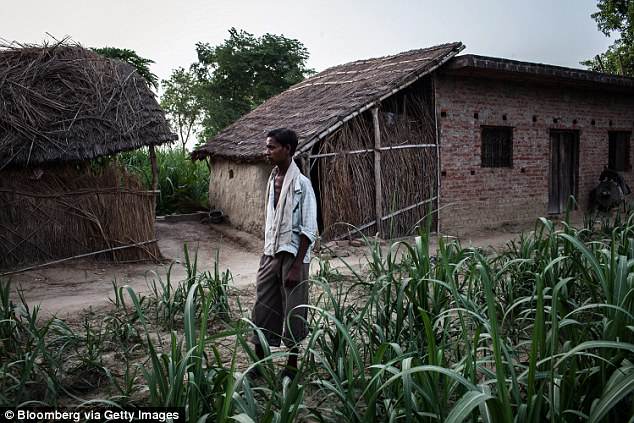 Locals were keeping their children at home and killing any dogs they encounter in and around the town of Sitapur (pictured), about 50 miles from Lucknow

The recent deaths included three children killed by a pack of strays on May 1, Mr Kulkarni said. Two more children were killed on May 4.

On Friday, a 7-year-old girl named Gita went with two other children to pick mangos from an orchard when a pack of dogs attacked them, police said.

Two children escaped but Gita was surrounded by the dogs. Her screams alerted villagers who ran to help, but she had died by the time they reached her.

Sitapur magistrate Harshdeo Pandey said villagers were told not to allow their children to use outhouses on their own.

‘Public announcements have been made in villages regarding this,’ he said. 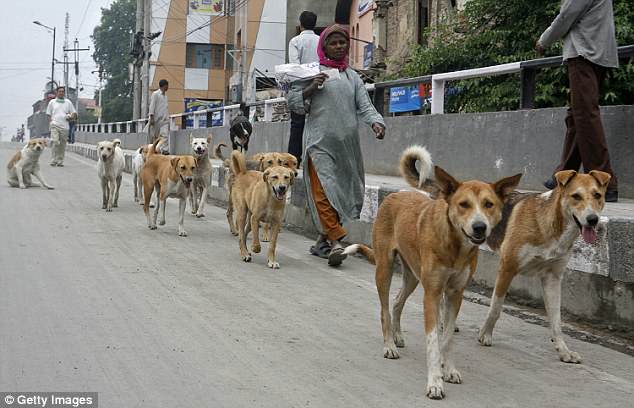 ‘We also suggest that children should not be allowed to go out to play for a few days, until all these dogs are caught.’

Villagers have been shooting and strangling stray dogs, believing they have no choice.

‘The administration does not care about the plight of the people,’ Sitapur resident Pankaj Singh Gaur said.

Four teams of dog catchers captured 24 dogs in recent days, district magistrate Sheetal Verma said. But she acknowledged the menace was not over.