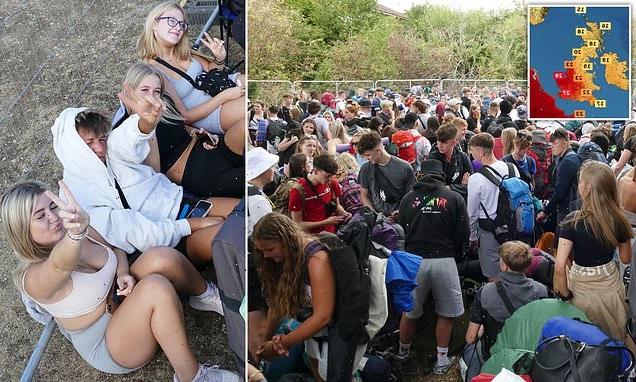 Early-bird revellers were spotted arriving for the Reading Festival today as Britain basks in warm temperatures, reaching a maximum of 28C (82.4F) this afternoon.

The highest climes will be seen in the east and southeast of England, while the north of Scotland will experience moderate lows in the mid-teens.

In Reading, the mercury is set to hit 27C (80F) this afternoons. Partygoers were spotted arriving at the train station this morning with their tents and luggage as they excitedly set themselves up for the three-day event which runs from Friday to Sunday.

Six headliners are set to perform at the festival, including Bring Me The Horizon, Arctic Monkeys and The 1975.

Those with early entry weekend passes can access the camp site near Richfield Avenue from 6pm today to secure their spots. 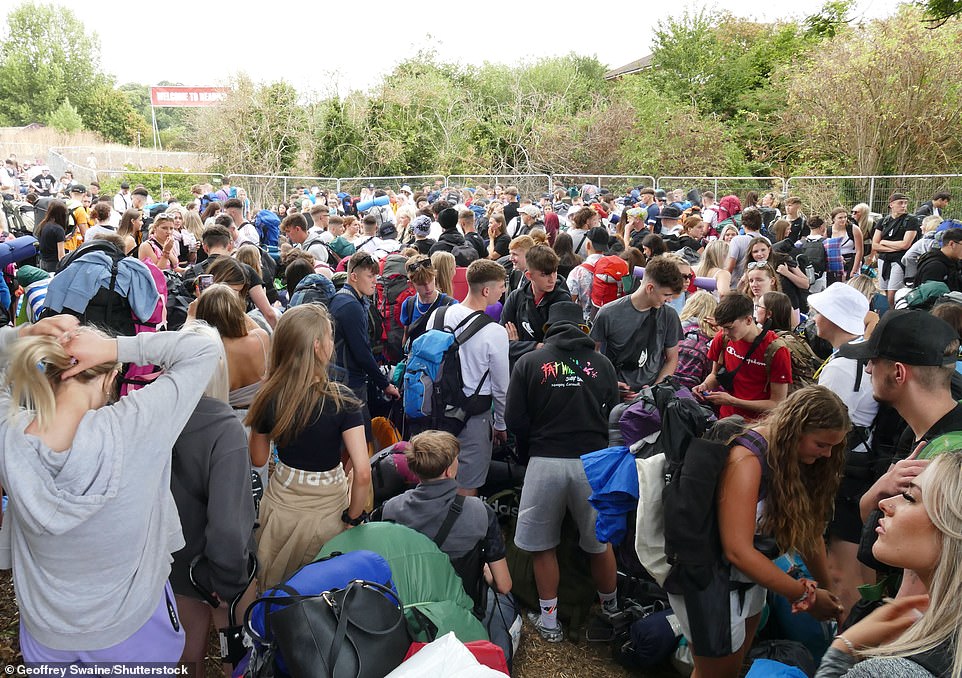 Early arrivals stand outside the gates of the camping area of the Reading Festival today, as the town basks heat of in 27 Degrees Celsius (82.4F) 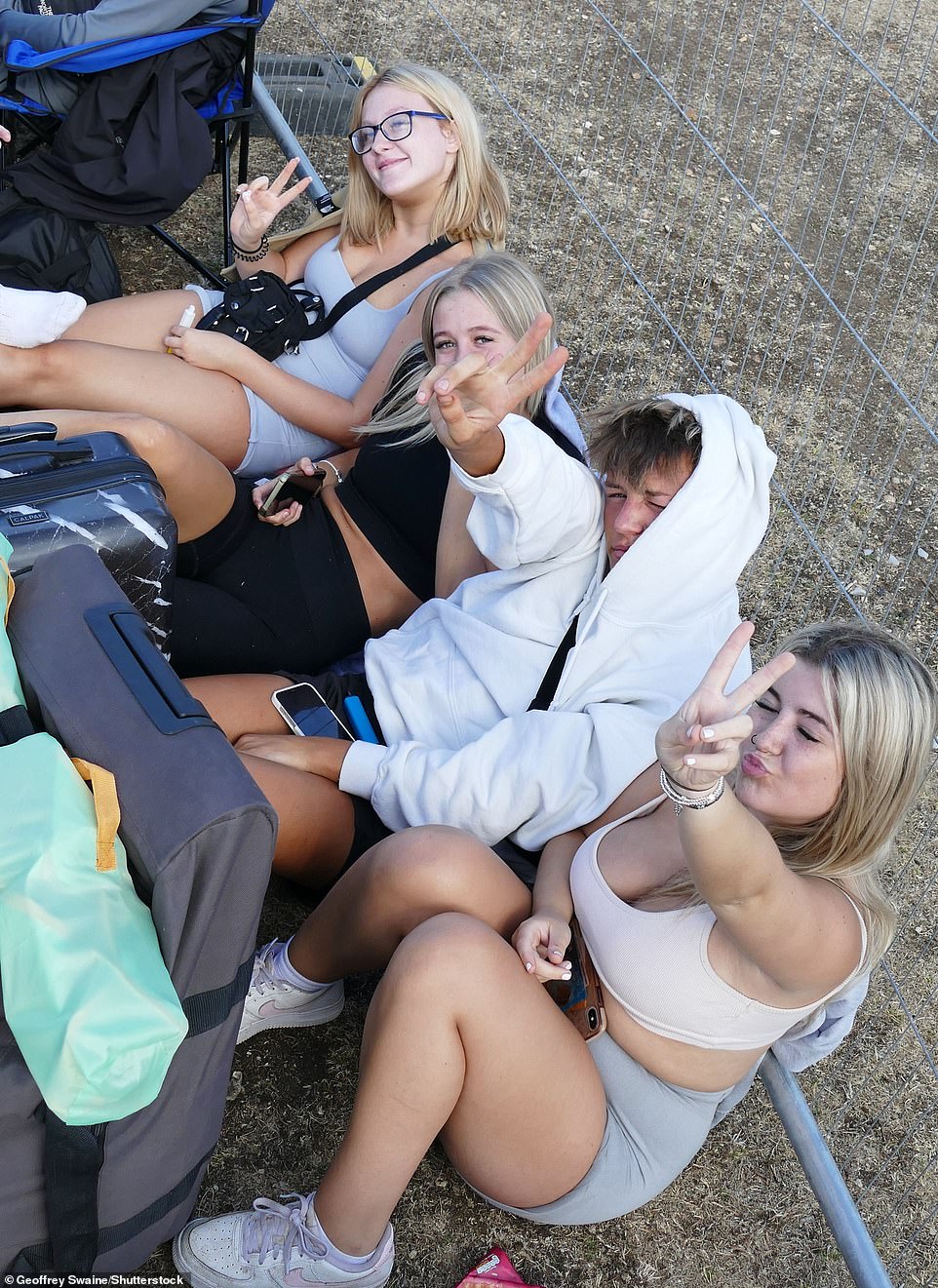 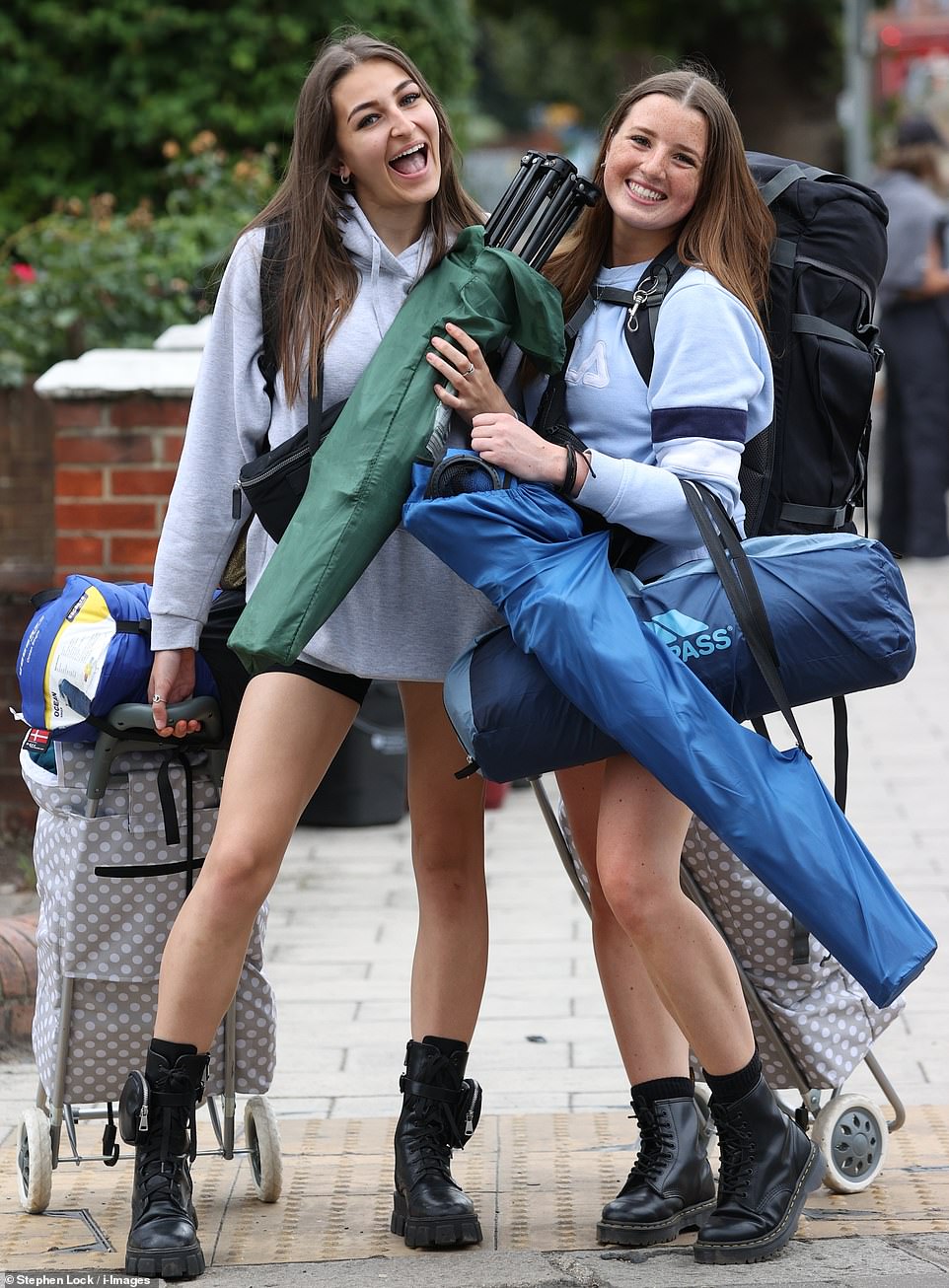 Two young women pose proudly with their tent equipment as they arrive in Reading today for the town’s annual music festival, set to run from Friday until Sunday 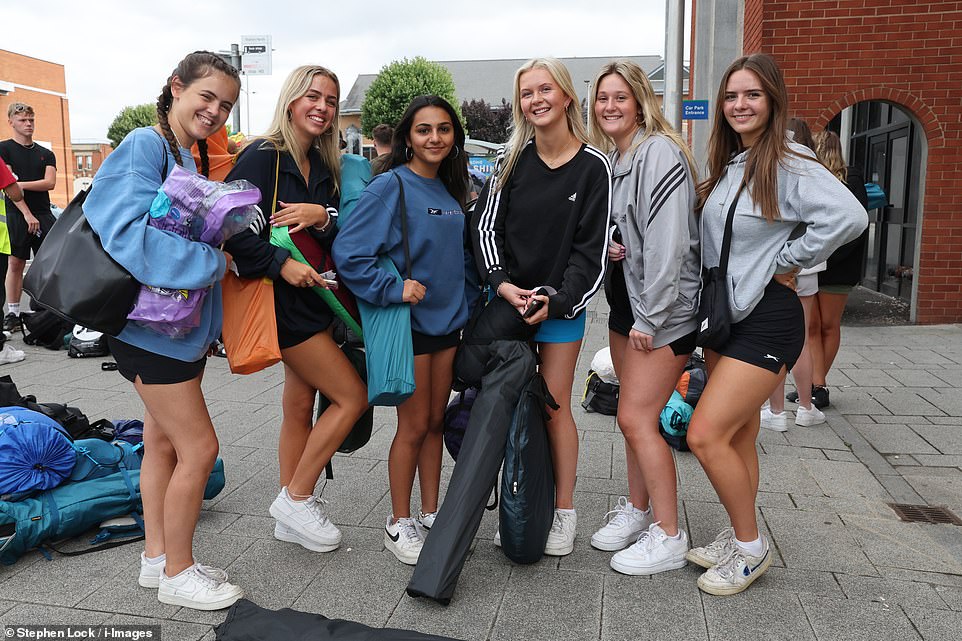 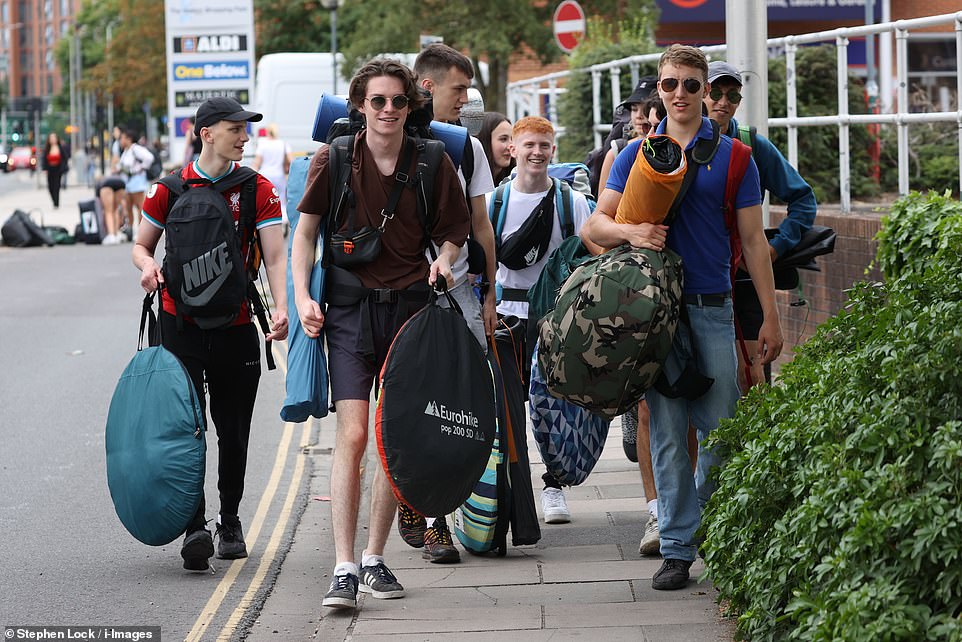 Loaded with luggage, a group of young people walk from Reading train stationawaiting the opening of the camp site at 6pm 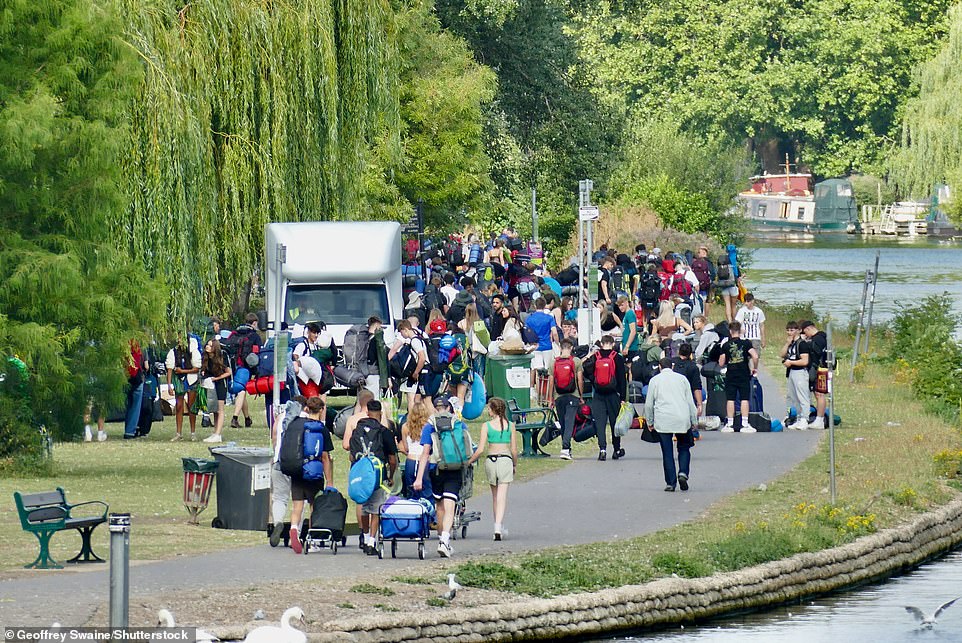 Those with early entry weekend passes can access the camp site near Richfield Avenue from 6pm today to secure the best spots. 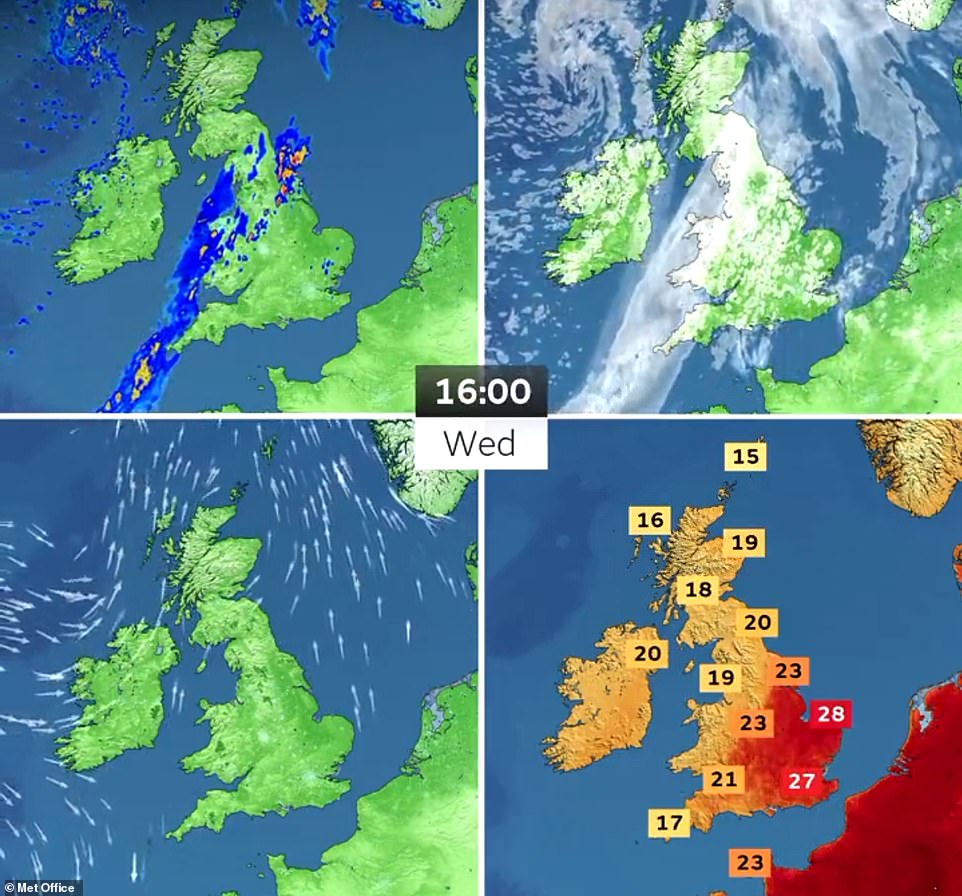 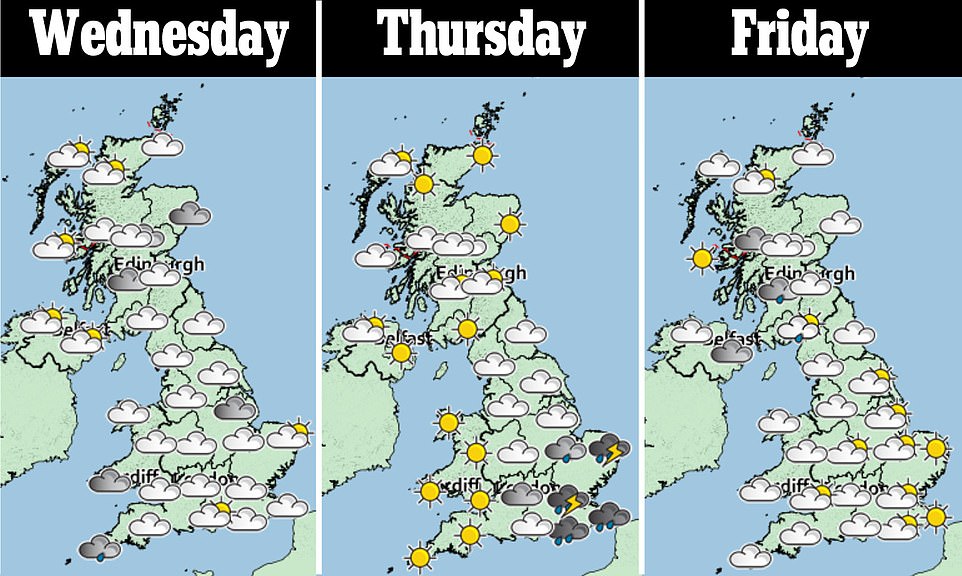 Today’s warm weather will be followed by patches of rain and thunder in the south of England tomorrow, followed by a return to sunny conditions on Friday

The Met Office predicted some showers and thunder in the south of England tomorrow, before bright and sunny weather resumes on Friday.

A Met spokesman said: ‘Today, a band of rain will move slowly southeastwards across Wales, northern and western England. Hot and humid in the southeast with sunny spells. Turning brighter and fresher in the northwest with a few showers.

‘Tonight, Rain edging slowly eastwards across England and dying out, but heavy, thundery rain will develop in the southeast later. Clear spells in the northwest with a few showers.

‘Heavy, thundery rain in the southeast [will] slowly die out tomorrow. Most parts dry with warm sunny spells. A few showers in the far northwest, with more persistent rain arriving later.’

Luckily for festival goers in Reading, the south is set to remain clear and dry over the weekend, while patches of rain will affect the north of England.

Reading Festival found itself mired in controversy two weeks ago when headliners Rage Against The Machine said they would not perform.

The band said they would not attend the festival as planned as they cancelled their 2022 European tour dates citing medical advice. This also included their planned performance at Leeds Festival.

Rage Against The Machine, best known for their songs ‘Killing In the Name’ and ‘Bulls on Parade’, had been set to headline at Reading alongside The Arctic Monkeys, Dave and Halsey.

The rock group was later replaced by pop band The 1975. 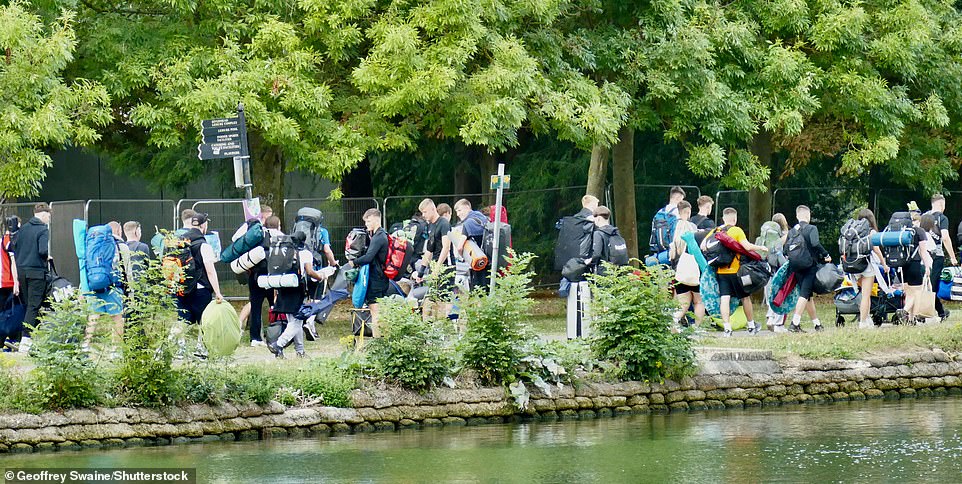 Music lovers walked alongside the River Thames as they headed to the festival area, waiting in advance for the site to open at 6pm 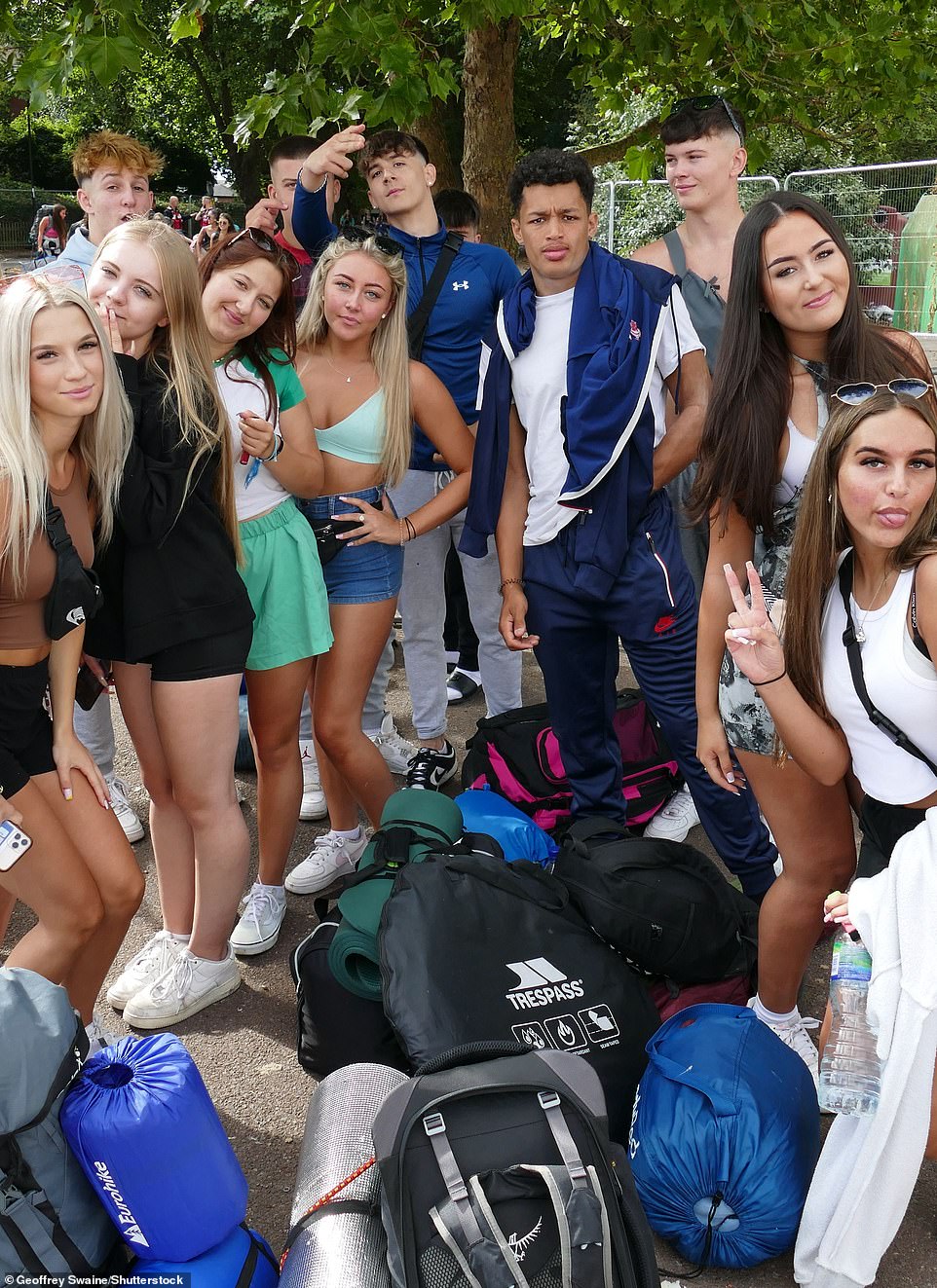 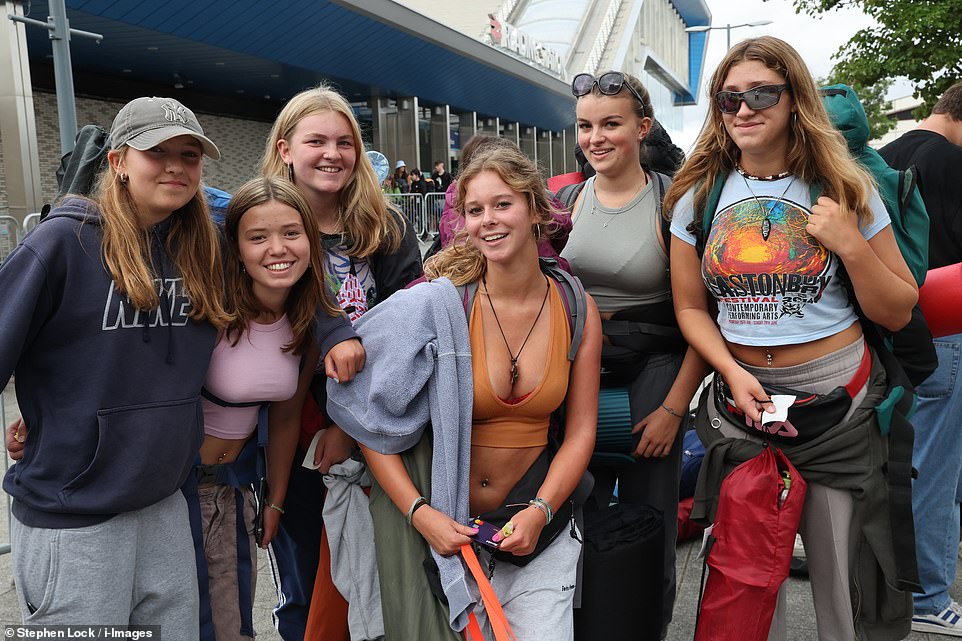 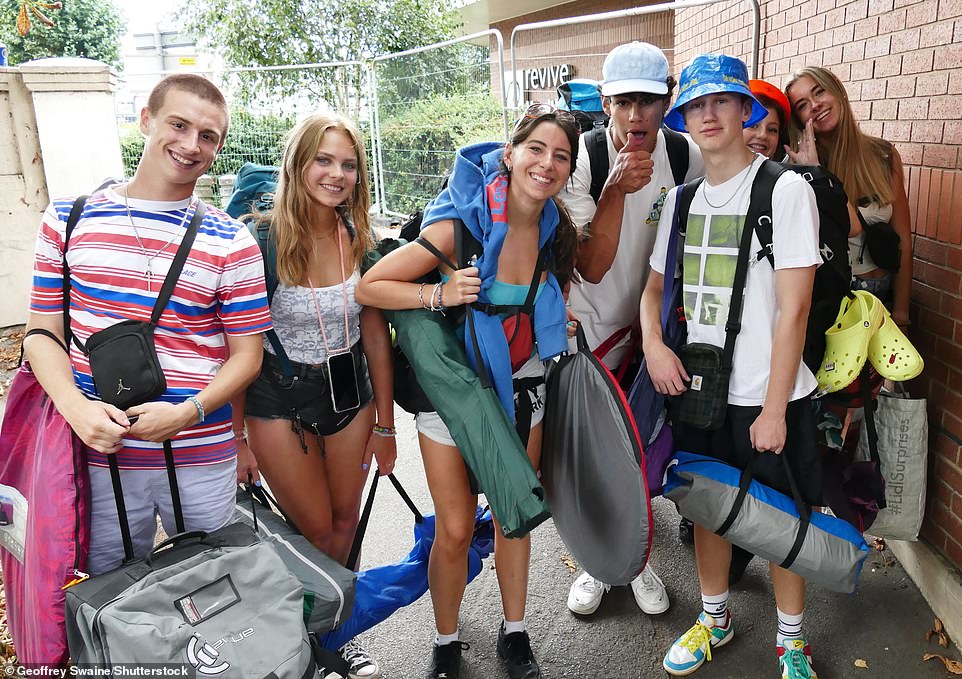 Spirits were high among the early bird attendees for the Reading Festival, as the town enjoys weather of 27 Degrees Celsius (82.4F) 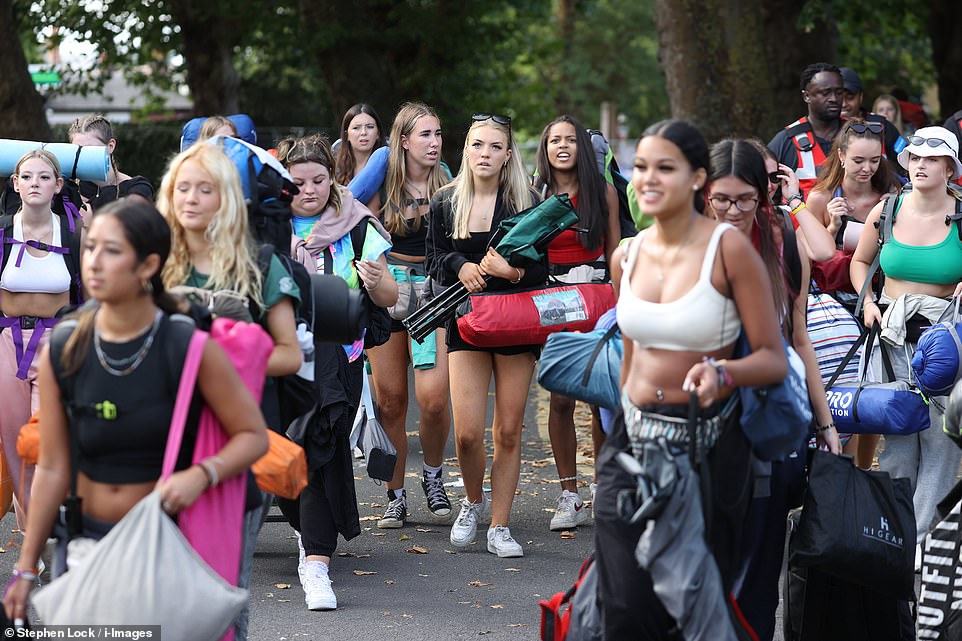 Festival-goers in Reading carried tent equipment, large backpacks and rolled up blankets as they waited outside the gates 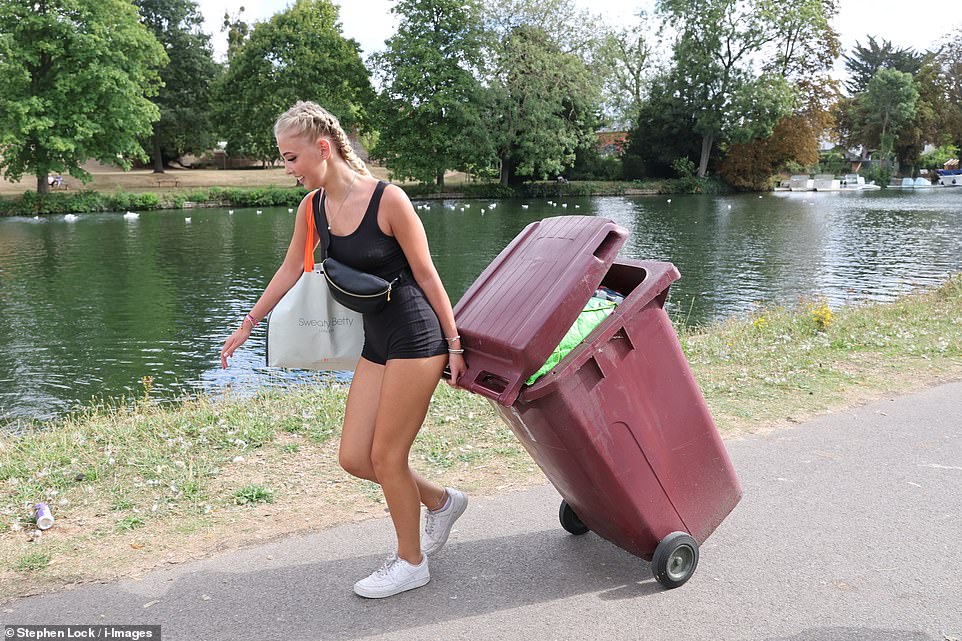 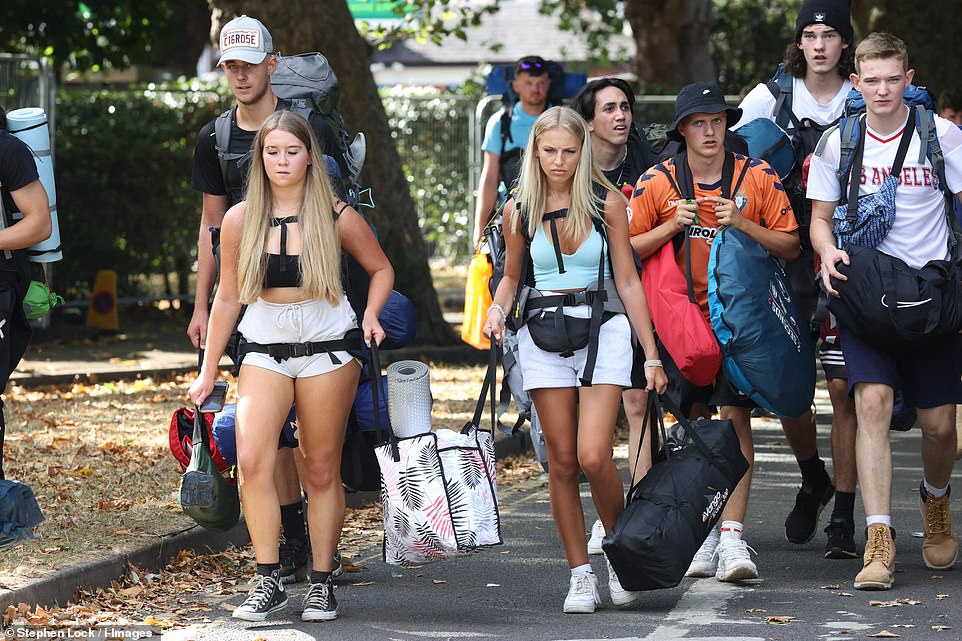 Two women shared the load of an extra large carrier bag, each taking a handle, as they travelled to the camp site with friends

July’s heatwave set a new record for overnight temperatures, with the thermometer going through the night without falling below 26.8C in one location, the Met Office said.

The new highest daily minimum temperature was recorded at Shirburn Model Farm in Oxfordshire on July 19 at 4:32am.

That means the temperature never went below that level over a 24-hour period, setting a new record for the UK, the Met Office said.

The Met Office has already verified the UK’s new hottest temperature record of 40.3C in Coningsby, Lincolnshire, set later in the day on July 19 – the first time the mercury smashed through the 40C threshold in the country.

The data from some weather stations is reported more slowly than others, which is why the new record for the daily minimum has only just been verified, replacing the previous record of 25.8C set at Kenley Airfield on the same day. 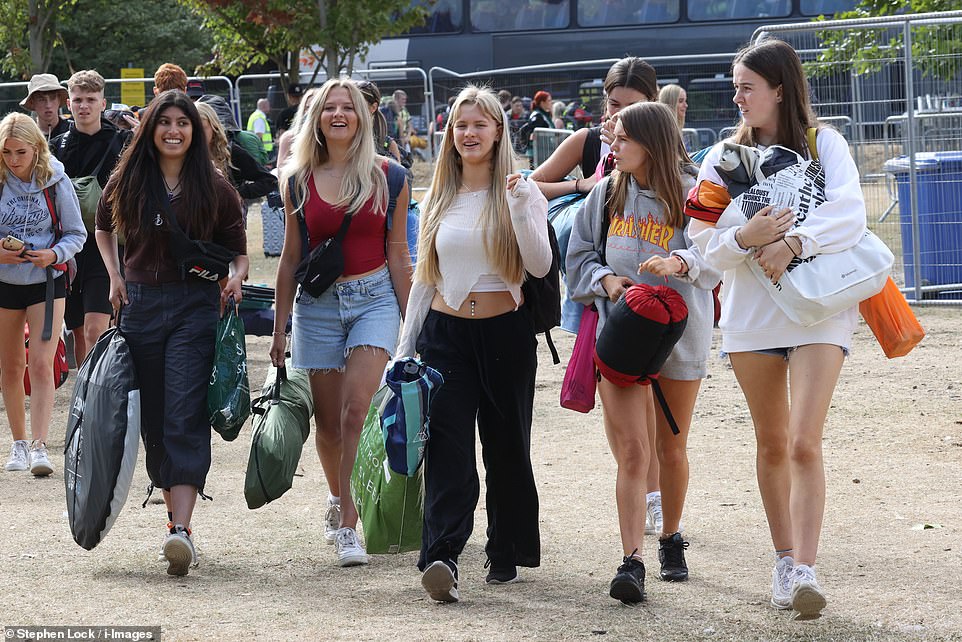 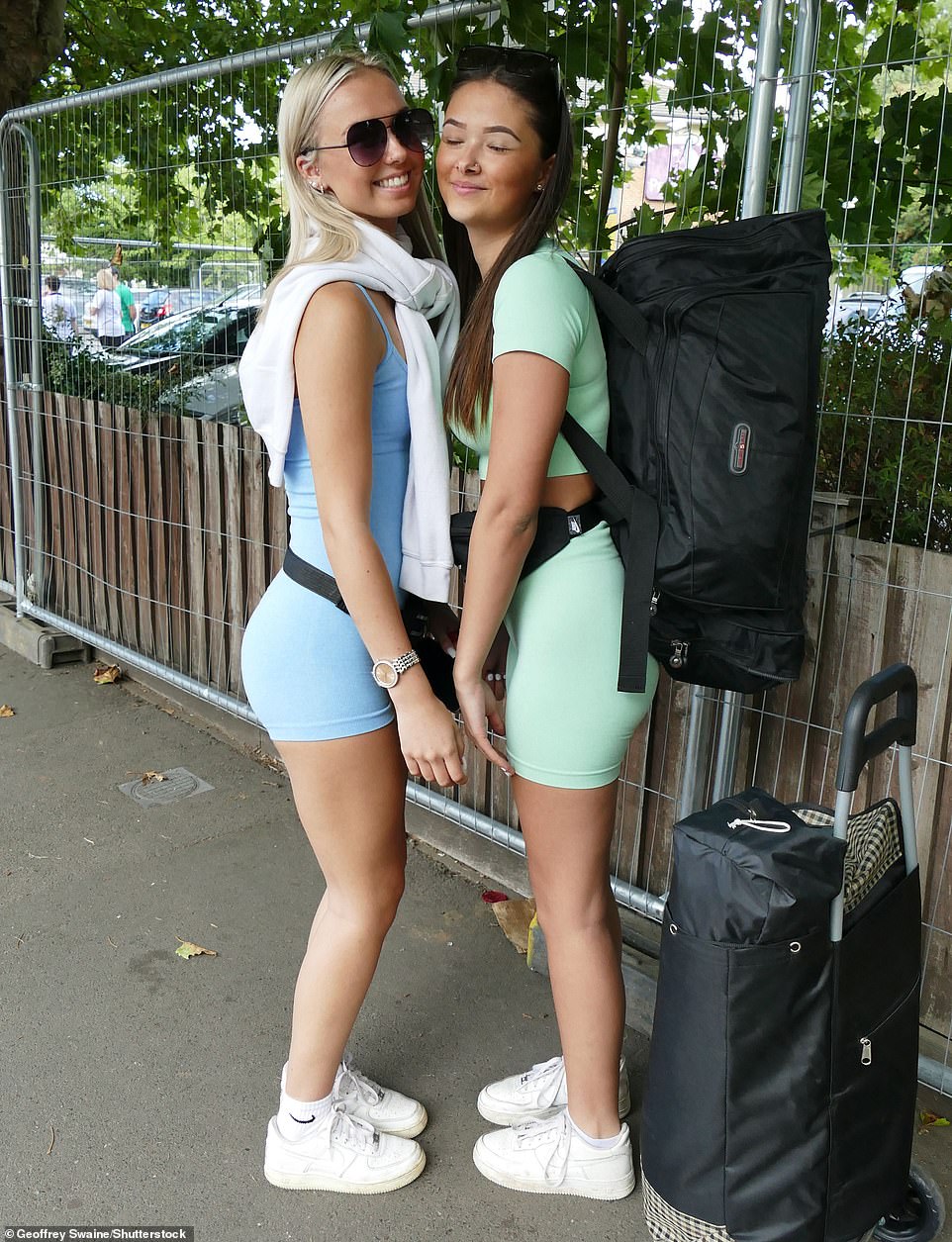 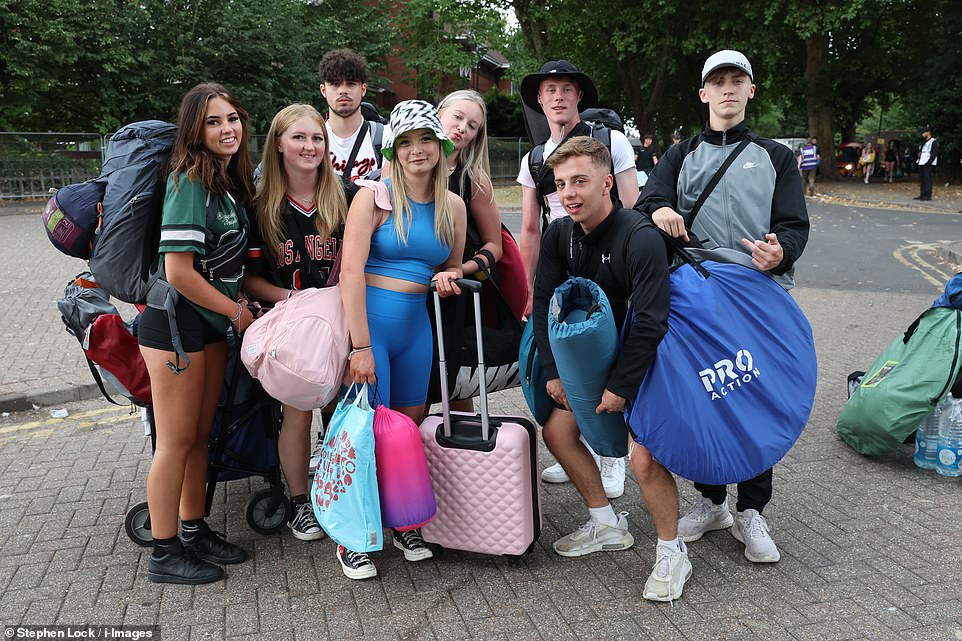 Heatwaves are being made more intense, frequent and likely by climate change, with the UK exceeding previous temperature records by significant amounts in July’s unprecedented searing heat.

Met Office data quality manager, John Penman, said: “This new record is another reminder of just how severe the heat was in July.

“What is remarkable is just how much this has surpassed the previous record, exceeding the August 1990 record of 23.9C by nearly three degrees.

“Much like the daytime highs, the overnight temperatures have smashed the previous records during a period of unprecedented heat in the UK.”

The record 40.3C high exceeded the previous record, set just three years ago of 38.7C in Cambridge in 2019, by more than two and half degrees Celsius.