This is the shocking moment a mass brawl erupted outside of a busy Majorca bar and spilled onto the streets.

The incident took place in Cala Ratjada, a resort in north-east Majorca in the Spanish Balearic Islands.

In the footage, two young tourists square up to each other outside the pub and start shouting.

As a group gathers to watch, the man in a white T-shirt hits his opponent in a black top against the side of his head.

While the man reels in pain and holds his ear, a huge fight breaks out and both groups of friends get involved.

Several members of the party chases after one of the instigators and more men start laying into him. 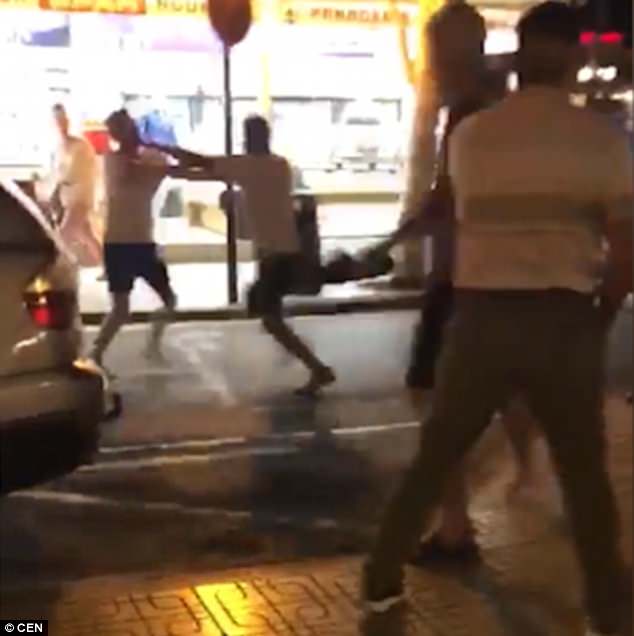 A security guard dashes over shouting ‘hey, hey’ and chases off some tourists, but splinter groups carry on brawling outside a row of shops.

They can be seen swinging punches and kicks in the middle of the street.

The video ends with the brave guard breaking up a small group of fighters. 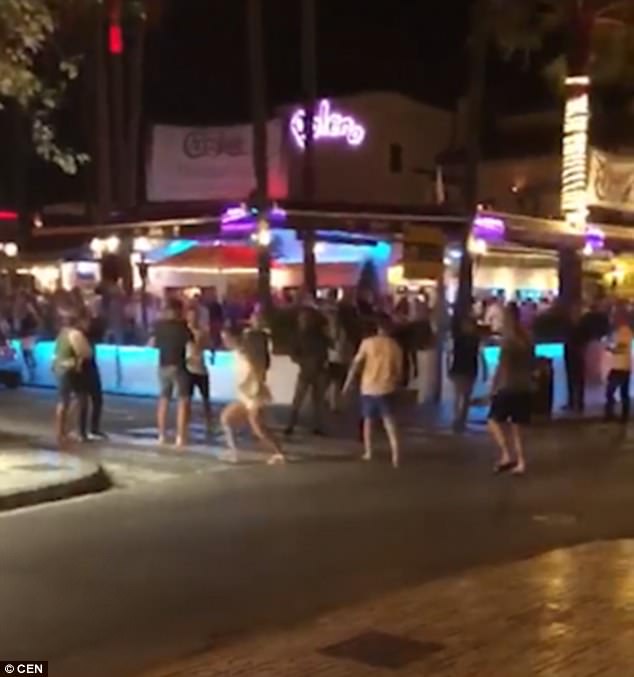 The incident took place in Cala Ratjada, a resort in north-east Majorca in the Spanish Balearic Islands. Pictured: A confrontation between two men turned into a huge fight 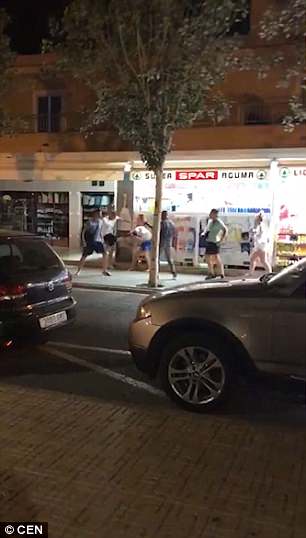 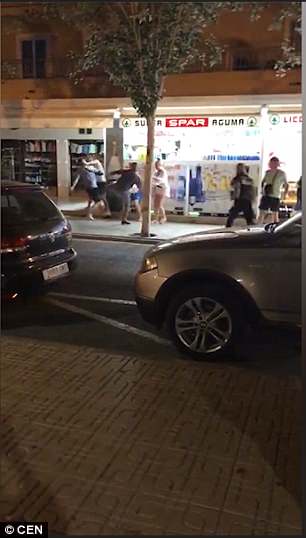 According to local authorities, no one has been arrested following the mass brawl and no injuries were reported.

However, the incident will only add to the bad feeling caused by ‘over-tourism’ in the Balearic Islands.

Footage that was recently released by Facebook group ‘Islanders Fed Up With Saturation’ showed the Majorcan capital Palma wrecked with litter and sleeping holidaymakers the morning after a night out.

The clip was accompanied by the message: ‘How long will this go on for?’ Many pictures of graffiti daubed in town areas reading ‘tourists go home’ have been circulated on social media.