Twelve killed and 60 wounded over the past 24 hours in Turkish shelling and air raids on Kurdish Afrin, monitor says. 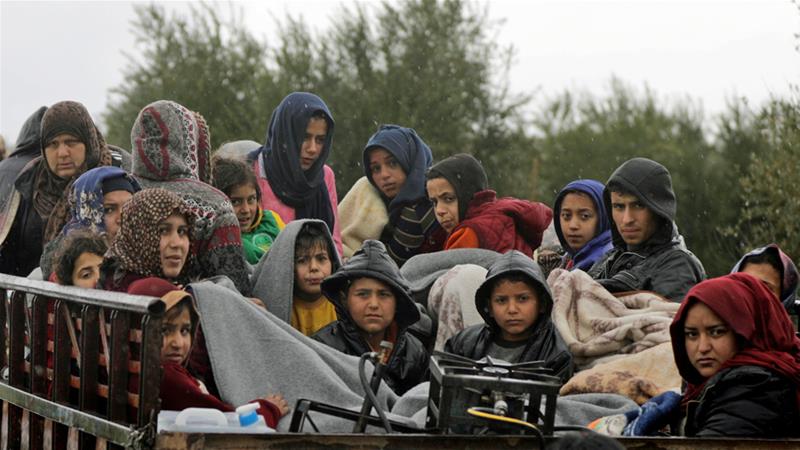 Turkey says it won’t hand over Afrin in northern Syria to the government in Damascus after it removes the Kurdish YPG militia, as its military and allied rebel forces prepare to attack the surrounded city.

Thousands of people continued to flee Afrin on Thursday to Nubul and Zhara in the northern countryside of Aleppo, which is under control of the Syrian government, amid air raids, artillery shelling, and the threat of an imminent ground invasion, according to the Syrian Observatory for Human Rights war monitor.

Twelve people were killed and 60 wounded over the past 24 hours in Afrin city and its outskirts, the UK-based group reported. Kurdish sources said the death toll is likely to increase as many wounded are in critical condition.

“Our staff are doing their best, but our rooms are filled with wailing wounded and people in pain, as we lack some medical supplies,” Dr Joan Shitika, head of the Afrin city hospital, told dpa news agency.

The Turkish offensive against the Kurdish People’s Protection Units (YPG) in Afrin started on January 20. Ankara considers the YPG to be a “terrorist organisation” linked to the Kurdistan Workers’ Party (PKK), which has waged a decades-old armed rebellion inside Turkey.

The fighting in Afrin has forced thousands of people from their homes in the last 24 hours, according to Kurdish sources.

“The air raids and artillery shelling have not calmed down,” said Birusk Hasaka, the YPG spokesman in Afrin. “A number of civilians have been displaced, and they are around 10,000 people.”

Arab and Turkish television broadcast images on Thursday of residents leaving Afrin in cars and on foot. The Turkish DHA TV showed trucks loaded with personal belongings lining the road out of Afrin – the only remaining exit.

Those who stayed behind formed long queues outside shops to buy bread and other foodstuffs in preparation for a full-fledged siege by Turkish and allied forces.

‘The people should rule Afrin’

Turkey’s presidential spokesman Ibrahim Kalin said on Thursday that Ankara would assume control of Afrin after it seizes the area from Kurdish forces.

“We have no intention or thought of giving it to the [Syrian] regime,” Kalin said in comments carried by state broadcaster TRT.

Afrin should be run by its local population, he said.

Kalin added Afrin city’s centre would be “cleansed of terrorists in a very short time”.

Al Jazeera’s Alan Fisher, reporting from Gaziantep on the Turkish-Syrian border, noted the move by the Turks to govern Afrin after removing the YPG would likely breach international law. He said originally Turkey’s military offensive was only to remove what Ankara calls the “terrorist threat” posed by the US-backed group along its border.

“[Before] they said that this was Syrian sovereign territory, but now they changed their tune on that, saying they will stay in Afrin for as long as they need to, and they won’t necessarily give the territory back to Syria,” said Fisher. “That’s a big leap from where they were before.”

The European Parliament, meanwhile, urged Turkey to pull its troops out of Syria amid “grave concern over the spiralling violence” in Afrin and other areas.

The parliament “calls on the Turkish government to withdraw its troops and play a constructive role in the Syrian conflict”, according to a final draft of a resolution approved on Thursday by a majority of EU legislators.

“Don’t get too excited. We won’t leave [Syria] until our job is done. You should know this. All of these words go in one ear and out the other,” he said in response.

The YPG has been a key American ally in the fight against Islamic State of Iraq and the Levant (ISIL, also known as ISIS) in Syria, and has received US weapons, supplies, and training. 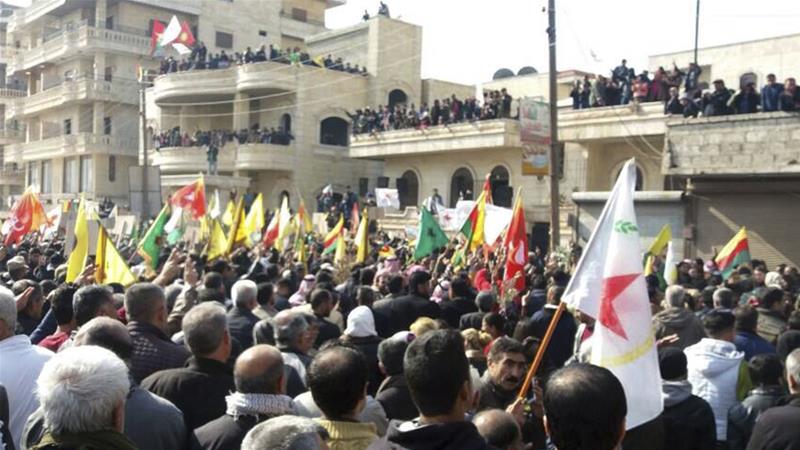 Will Turkish and Syrian armies fight in Afrin?