Courtney Raymond, 20, and Jordan Dubois, 21, were attacked as they went to a flat in Argyle Road, Ilford, to make a video for a song called "Creepy". 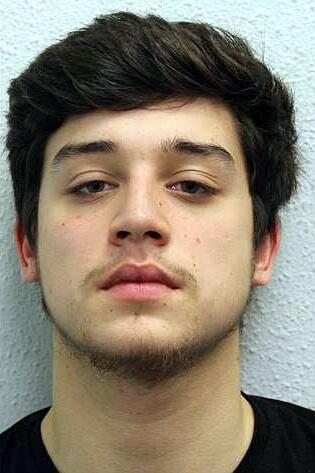 Makayla Hajaig, 19, greeted them outside on June 13 but said her sister, a singer called "Stafia", was inside putting on her make-up, jurors heard.

She led them inside and they were pounced on by Adam Badejo, 30, William Deo, 20, said Nathan Rasiah, prosecuting.

Mr Raymond was knocked to the floor and a third man, wearing a balaclava, poured ammonia down his throat, Snaresbrook Crown Court heard.

"Stafia exists but has no involvement in this case. Her identity was used for the purpose of setting the ambush," said Mr Rasiah. 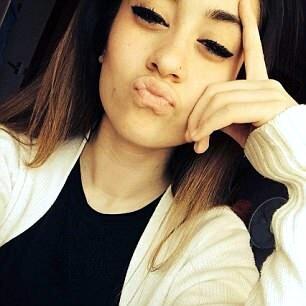 "Raymond and Dubois were later sent a song by email with the subject 'Creepy MP3'."

Mr Rasiah said: "On 13 June the defendants arrived at Argyle Road together. The men went into the property and laid in wait.

"Courtney Raymond and Jordan Dubois arrived at the scene and were met by a young woman. She told them it was her sister who contacted them, and she was upstairs getting her make-up done.

"The three of them went into the property together with Jordan Dubois carrying his equipment in an Adidas rucksack.

"Makayla Hajaig led them in saying the flat belonged to her sister's family.

"Mr Raymond recalls two or three men running at them from upstairs and a large figure with a balaclava coming towards him with a bottle," said Mr Rasiah.

Mr Raymond and Mr Dubois were told to hand over their bags containing cameras and lighting equipment worth over £2,000, jurors heard.

"Mr Raymond was punched in the stomach his knees gave way, but he was forced to get up and open his mouth," said the prosecutor.

"One of the figures poured the liquid down his throat and it started to burn."

Mr Raymond and Mr Dubois managed to get away and staggered to the home of neighbour Damien Butler who began pouring water over their faces.

"Both Courtney Raymond and Jordan Dubois were taken to hospital around about 11:10pm," said Mr Rasiah.

"Mr Raymond was seen to in the A&E department at Queens Hospital and he was sedated and placed in a medically induced coma and he remained in intensive care for some 13 days until 26 June.

"There were attempts to examine his airways which had to be abandoned because they revealed swelling.

"Both Courtney Raymond and Jordan Dubois had their vision impaired by ammonia."

The prosecutor said Badejo, Deo, and Hajaig were caught on CCTV at a Turkish eatery called Gokyuzq shortly after the attack.

Deo was arrested as he left the £129 per-night Redmond hotel in Archway for a taxi to take him to Southampton.

He had dyed his dark brown her to a bright ginger colour, it was said.

Hajaig alone denies a further charge of assisting an offender.