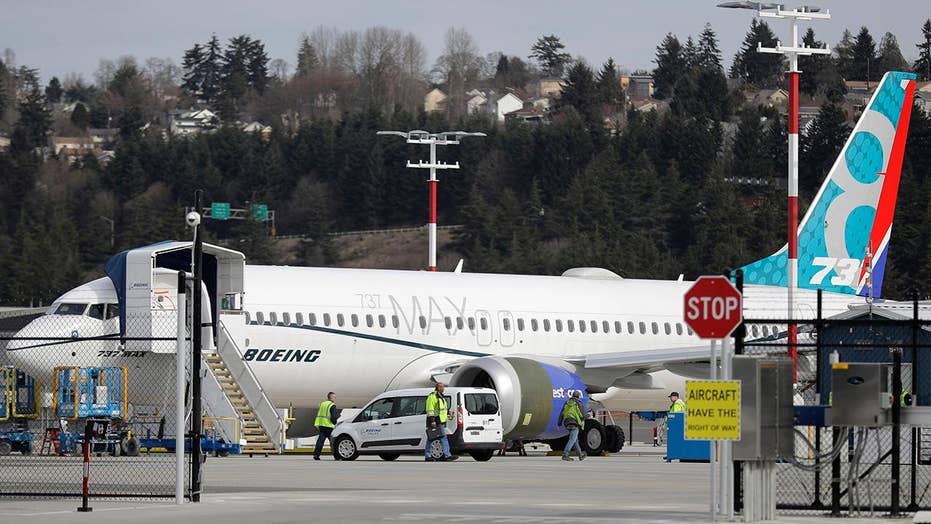 Is the Boeing Max series too sophisticated for some airlines?

After two crashes of Boeing Max jets, aviation analyst Mike Boyd says we can’t rule out&nbsp;that not everyone may be qualified to fly or service the planes.

One of Ethiopian Airlines Flight ET302's pilots told the other "pitch up, pitch-up" moments before the doomed Boeing 737 Max jetliner crashed three weeks ago, a new report revealed.

That instruction and other information about the plane's final moments paint a picture of a flight crew that was quickly overwhelmed, The Wall Street Journal reported Friday.

A faulty anti-stalling system on the Max is suspected in the disaster, which occurred shortly after takeoff. All 157 people on board were killed.

The Maneuvering Characteristics Augmentation System (MCAS) flight-control feature is also suspected in the crash of a Lion Air Boeing 737 Max in Indonesia last October, according to the BBC. The Lion Air flight went down soon after takeoff, killing all 189 people on board.

The Ethiopian Airlines jet took off from Addis Ababa on March 10 and ran into trouble almost immediately, the Journal reported.

First Officer Ahmed Nur Mohammed contacted the control tower and in a crackling transmission reported a “flight control problem,” according to the newspaper, which cited people close to the ongoing investigation.

The tower asked for details as Captain Yared Getachew tried to climb and correct the glide path, the paper reported. Two minutes into the flight oscillation became a wild bounce, then a dive. The flight lasted fewer than six minutes.

The pilot who urged the other to pitch up was not identified.

The newspaper's report came as Boeing faces mounting pressure to roll out a software update for its 737 Max, its best-selling jet. Arlines grounded 737 Max jets in their fleets after the Ethiopian Airlines crash. It is hoped there will be a fix in time for the peak summer travel season, the Associated Press reported.

The Max remains grounded worldwide and airlines are losing money because of canceled flights.