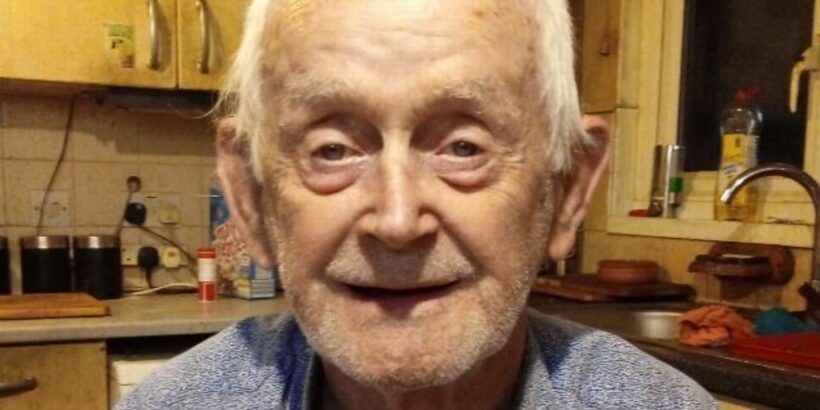 The final moments of the elderly man stabbed while on his mobility scooter have been revealed.

Police were called to reports of a stabbing near the A40 in west London shortly after 4pm on Tuesday (August 16).

It was announced today that Thomas O’Halloran, 87, was the victim.

According to witnesses, he was surrounded by a gang of youths on Cayton Road, Greenford shortly before he was killed.

The Metropolitan Police released images earlier today (August 17) of a "dangerous individual" they are keen to "urgently" speak to regarding the shocking incident.

Detective Chief Inspector Jim Eastwood, who is leading the investigation, said: “People are advised not to approach him, but to call us immediately on 999 if they know him or have any information regarding his whereabouts.”

The final moments of Mr O'halloran's life have now been revealed.

Speaking to The Mirror, a security guard for a local branch of Tesco – where the men frequently visited – said that he recognised the image released by police as someone who has shoplifted in the store before.

He said: “He wasn’t in the store yesterday but the old man was playing, he plays outside here every afternoon.

“I think the man will have followed or chased Thomas. He was raising quite a lot of money.”

And shop worker Ronak Patel said: “That's him, he went past here twice every day on his way to and from Tesco to play his accordion."

According to Sky News, footage from local residents shows how the man on the scooter emerged from the alleyway he was allegedly stabbed in, before being unable to travel any further than the stop he was found in around 75 yards down the road.

Two locals to stop to try to help him, which is when police was called.

Locals – who called him Uncle Tom – said he played the accordion to raise money for Ukrainian refugees.

Frasley Coutinho, who lives just a few yards away from the crime scene, said: “"I saw a couple of people gathering around him and then he drove past and stopped further up, and then there was a group of young boys around him.

“I had a rose plant blocking it so I couldn’t see any more.”

Chief Superintendent Sean Wilson said: “He was a very well known and much-loved member of our community.

“Detectives have been working tirelessly over the last 20 hours to understand what has happened and to identify who was responsible for this horrific crime.

“I understand that our community will quite rightly be shocked and appalled by this incident, as I am too.

“My thoughts very much remain with Mr O’Halloran’s family and friends today.

“As of now, the public will see extra officers patrolling the area over the coming days. “They are there to protect you and to help you.”