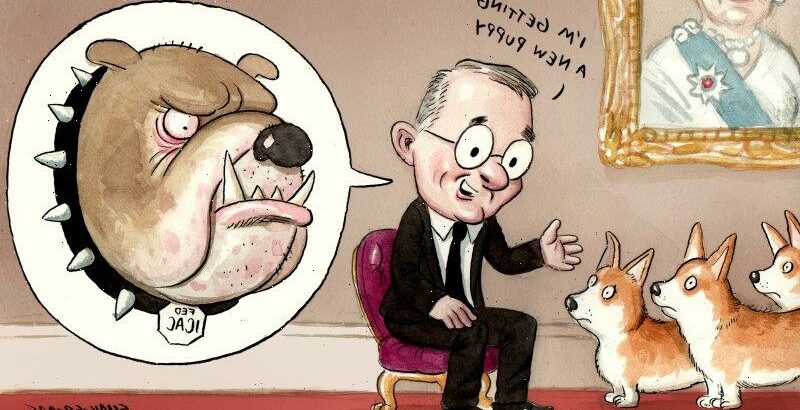 Finally. Thirty-four years after Australia’s first state-based anti-corruption commission was legislated, we’re about to get a federal one. Anthony Albanese’s cabinet already has settled on the text of the legislation that the government plans to put before the parliament on Wednesday week, September 28.

Indeed, if it weren’t for the postponement of parliament because of the Queen’s funeral arrangements, the bill would have been in the parliament this week. Its prospects of passing into law are good. 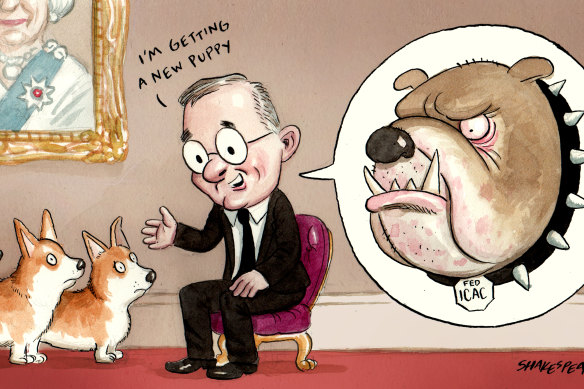 And not a moment too soon. The first parliamentary motion for a federal corruption-busting agency was put forward by the then Greens leader, Bob Brown, in 2009. To the shame of both the Labor and Liberal parties, they hid their own dodgy conduct behind the fig-leaf fiction that corruption only occurred at the state level. Some Liberals were still spouting this garbage just last year.

Labor was jolted out of its self-serving complacency by the people’s outrage at the Sam Dastyari affair. The Liberals eventually changed their position, too, in principle at least, just to remain electorally competitive.

The Australian people overwhelmingly consider a federal anti-corruption agency to be “a no-brainer”, according to the pollster for The Sydney Morning Herald and The Age, Jim Reed of Resolve Strategic, with pre-election polls showing support for the concept to be “broad and deep and bipartisan”.

The Liberals might have held on to some more of their traditional voters – and emerged with some more honour – if they’d acted to implement such a commission when they had the chance.

“It’s fascinating that they didn’t sniff the breeze on this,” says the independent MP for Indi, Helen Haines, who has been crusading on this and introduced her own bill last year. “It’s fundamental to people. I had many conversations with the prime minister [Scott Morrison] and he used to question whether people really cared about it. It was baffling.”

But the blindness was wilful. The Morrison government was terrified that it would fall victim to its own creation. Which is why it produced a plan for a commission so feeble that it was “beyond rescue”, as Haines puts it. “They really weren’t serious at all.”

The cost of years of delay was that the rot got worse. When, in 1995, Transparency International published its first global corruption rankings, Australia was rated the seventh-cleanest country in the world. Its ranking last year? Eighteenth. And its slide was accelerating.

But there also was advantage in the lag. Every state and territory set up its own anti-corruption agency in the meantime. Their experiences illuminated the problems that the national parliament now seeks to avoid. 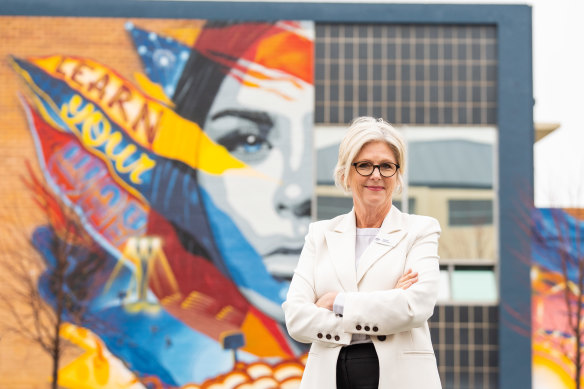 The government doesn’t plan to make the text public until it has presented it to its own caucus members the day before, on Tuesday the 27th.

After so long in the making, Jacqui Lambie reckons there’s no need to rush it: “You can’t eat a half-cooked chook.” A delay of a few months would be perfectly understandable, says the senator for Tasmania, herself a staunch advocate for a commission.

But we have quite a lot of information already about what it would look like. And Attorney-General Mark Dreyfus says the chook is well done and ready to serve. He set out the seven design principles in a speech a couple of weeks ago.

First, the proposed National Anti-Corruption Commission (NACC) “would operate independently of government”, says Dreyfus. Second, it would have “broad jurisdiction to investigate serious or systemic corruption across the Commonwealth public sector”. Third, it would “have the power to investigate ministers, parliamentarians and their staff, public servants, statutory office holders, and contractors”.

Fourth, it would “have discretion to commence inquiries on its own initiative or in response to referrals from anyone, including anonymous referrals”. Next, the commission would “be able to investigate both criminal and non-criminal corrupt conduct, and conduct occurring before or after its establishment”.

Sixth, it would have the power to hold public hearings “where it is in the public interest to do so”. Finally, “a Parliamentary Joint Committee will oversee the commission and will be empowered to require the commission to provide information about its work”, according to Dreyfus, providing oversight and transparency.

Dreyfus has spent years debating and thinking about this, and he’s consulted closely with independent MPs and senators. So it’s no surprise that the parliament’s leading independent voice on an anti-corruption commission, Helen Haines, is in full-throated support of these seven “design principles”.

“I’m confident that the seven fundamental design principles are sound,” she tells me. “They’re essential to a commission that is independent and powerful.”

But she has pointed questions for Dreyfus on six features of what she calls the “design architecture”. Haines is seen inside and outside the parliament as something like a patron saint of parliamentary integrity, so her opinion carries weight.

Albanese made plain this week that he doesn’t need the vote of independent MPs – including Haines – to carry his bill in the House, where the government wields an absolute majority. But he still needs to persuade the crossbench in the Senate in the event that the Liberals oppose the bill. If he’s smart, he’ll work hard to win Haines’ blessing.

And she’s not yet convinced it’s ready to serve: “If the chook is not cooked properly, the moment you put it in your mouth it will taste bad. It’s actually bad for your health.”

The government’s plan offers an alternative: the parliamentary oversight committee would have the power to make recommendations on the funding and resources needs of an NACC.

In reality, the commission’s best protection probably would be public opinion. The Liberals’ malicious pursuit of the ABC’s budget comes to mind. This ultimately damaged the Coalition more than it hurt the ABC.

A second Haines concern is about the parliamentary oversight committee – who’s to be on it? Unsurprisingly, Haines, a member of the crossbench, wants the committee to include crossbenchers. She has been given no assurances. But it would be a wise move by the government to include the crossbenches and, on this, I’m informed that wisdom will prevail.

Third on Haines’ list is whistleblowing. She wants any witnesses who come forward to the NACC to be protected from reprisals and actively supported. She’s called for one of the NACC’s deputy commissioners to be assigned the function of “whistleblower protection commissioner”.

But the government’s bill won’t address this because it’s committed to a separate process for protecting whistleblowers. The former Integrity Commissioner Philip Moss delivered his review of the failures of Australia’s whistleblower laws in 2016. The Coalition promised to act on his recommendations to reform the Public Interest Disclosure Act. Surprise! It never did. 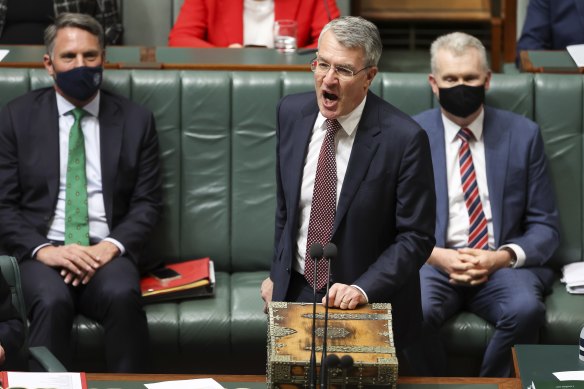 Dreyfus intends to act on this separately to the NACC bill. Haines will need to be reassured on this, a fundamental concern.

Fourth on Haines’ list is that she wants the NACC to be able to initiate its own investigations, at its own instigation, especially targeting pork-barrel schemes and rorts. On this, so-called “grey zone” corruption, her thoughts are as one with the government’s. The Albanese government’s bill would indeed give the commission power to start its own investigations, and political abuse of taxpayer funds would fit within the definition of corruption to be included in the bill.

“Sports rorts” and “car pork”, for instance, would make legitimate targets for an anti-corruption commission. As Haines says, this element of corruption really chimes with the “man on the street”. And with former Coalition ministers, perhaps? “We all know who we’re talking about,” Haines replies pointedly.

Fifth on the Haines list: Would the commission have the scope to investigate people other than public officials – business people or union officials, for example? The answer is yes. If a business person or union boss is involved in corrupt conduct with a politician or public servant, they’d be fair game.

This should also satisfy Peter Dutton’s demand – that an anti-corruption commission is needed to police the relationship between crooked union officials and Labor politicians.

Finally, Haines wants the NACC to have a pro-active role in educating officials, MPs and the wider public about integrity. On this, the government is open-minded but is inclined to think it’s best left to the NACC itself to decide how, and how much, educational work it should do.

In all, it seems the government and crossbench recipes for cooking the chook are broadly similar, with differences at the margin. The government bill will go to a parliamentary inquiry before going to a vote, but with the intention that an NACC should be legislated, funded and setting up by the middle of next year.

If the Coalition decides to oppose it, it will only alienate itself further from the electorate. And its goose will be cooked.