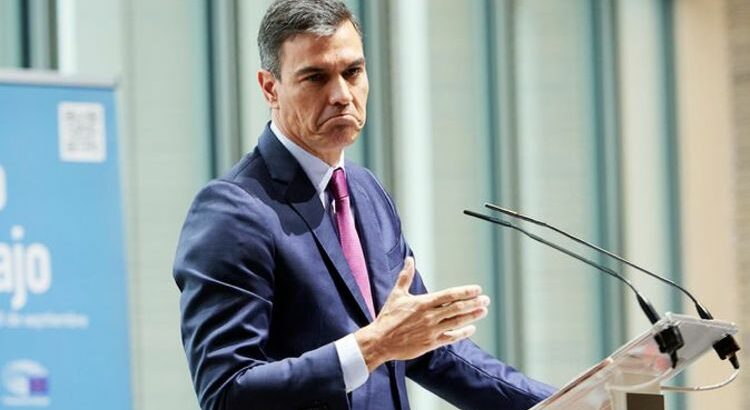 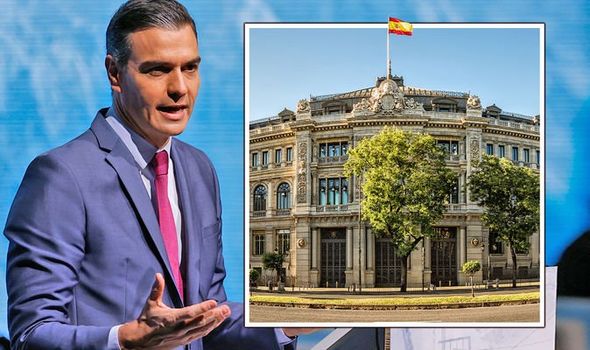 The Bank of Spain has warned that the crisis will cost the nation as much as £11.5billion (€13.5billion). The country’s most affected sector will be the automobile industry, it said.

In a new report, the financial institution said that shortages in the supply chain would set Spain’s economy back as much as 0.3 percent of its GDP this year, and as high as 0.9 percent in 2022.

It added that in these cases “international spillover effects would play a pivotal role.”

In a worst-case scenario, it would cost around £11.5billion (€13.5billion) to the economy.

The bank explained: “In recent quarters global supply chains have been significantly disrupted, which has affected the strength of the recovery in activity in the main world economies.

“In particular, these bottlenecks have affected various sectors of activity very unevenly and have had a particularly severe impact in those industries located in the upstream stages of the value chain, i.e. in those sectors supplying goods for use in other industries.”

It added that “major imbalances between supply and demand recorded recently in the semiconductor and integrated circuit industry have had a very significant adverse impact on the motor vehicle industry, where many manufacturers have been forced to halt or cut their production plans.”

With regards to the Spanish automobile industry in particular, the “scale of the shock” is expected to see a 9 percent contraction in production for the second half of 2021.

In 2022, the industry will experience a 7 percent contraction in production, the bank said.

As the industry accounts for 10 percent of Spanish GDP, its economy is highly sensitive to the downturn in the single industry because of shortages.

Shortages of key materials such as natural gas and semiconductors – which are used to make microchips – had an impact on production across the globe as many economies unlocked from the coronavirus pandemic.

Natural gas prices rose sharply from April and many EU countries struggled with a lack of supply.

This has had an impact on consumers, with inflation and household bills rising.

As of September, Spanish households were paying about 40 percent more than a year ago because of the crisis.

The energy crisis has been compounded by a lack of HGV drivers in the UK and Europe, meaning supplies – including of fuel – have been unable to reach shops and petrol pumps.

The Bank of Spain also noted that there were “strains” in the energy and commodity sectors which “have also had a negative impact on numerous manufacturing sectors, such as those that make intensive use of natural gas”.

The bank also admitted that the industrial collapse was expected to take a blow to the rest of the economy because of what it dubbed “the spillover effects between sectors”.

This was because sectors which may not have seen shortages in some way relied on others that had.

They noted that owing to the globalised economy, worldwide economic forces were having an impact on individual industries.