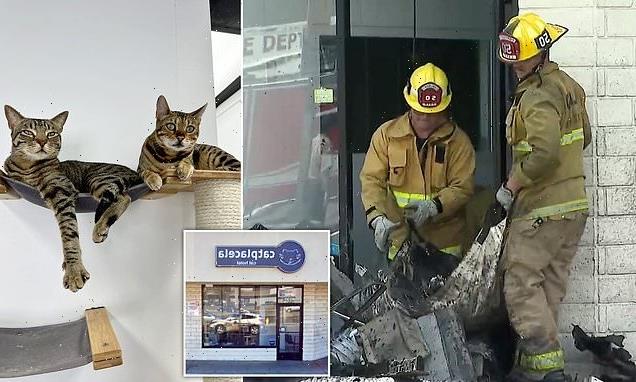 Seventeen cats were killed at a Los Angeles pet hotel and a firefighter was injured early Saturday when a blaze ripped through a strip mall without any sprinklers.

More than 120 firefighters were dispatched to the blaze in the Palms neighborhood of Los Angeles after a passerby reported the fire around 5:45 am, said Brian Humphrey, a Los Angeles Fire Department spokesperson.

The fire was confined to a few structures, but heavy smoke poured through adjacent businesses including the pet hotel called Cat Place LA, Humphrey said.

‘Sadly, 17 cats perished at the scene. Two were rescued and saved,’ said Humphrey, who added that firefighters tried to revive the stricken cats but were ultimately unsuccessful.

There were no civilian injuries and the cause of the blaze was not known. The injured firefighter was taken to a nearby hospital and was expected to survive, Humphrey said. 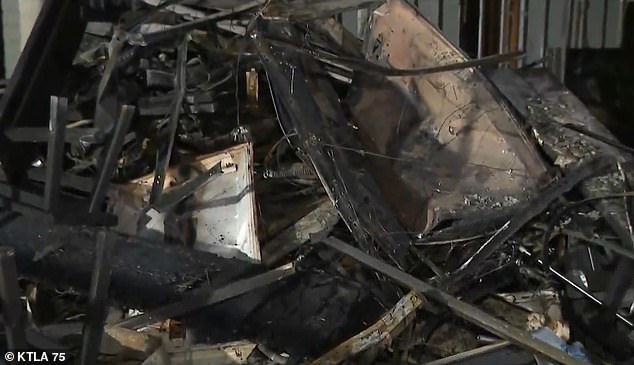 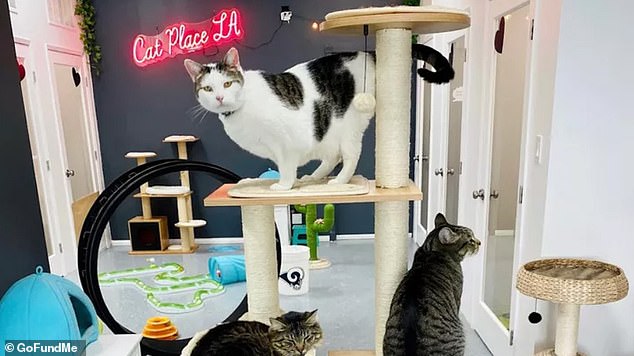 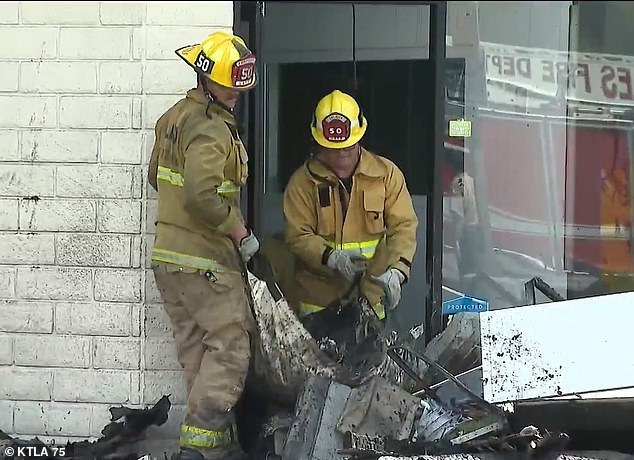 As 120 firefighters worked to combat the flames, one of them was left injured

Officials said it took firefighters 70 minutes to fully extinguish the fire, with officials noting that ‘none of the involved businesses were equipped with optional fire sprinklers.’

The two cats that survived were given to the facility’s owner and put in veterinary care. Their condition was not known, Humphrey said.

According to the pet hotel’s website, Cat Place LA is a ‘luxury cage-free hotel exclusively for cats.’

A GoFundMe page has been started for the business to raise $2,000 to help the owners of the facility.

A message left with the pet hotel was not immediately returned.

A GoFundMe page has been started for the business to raise $2,000 to help the owners 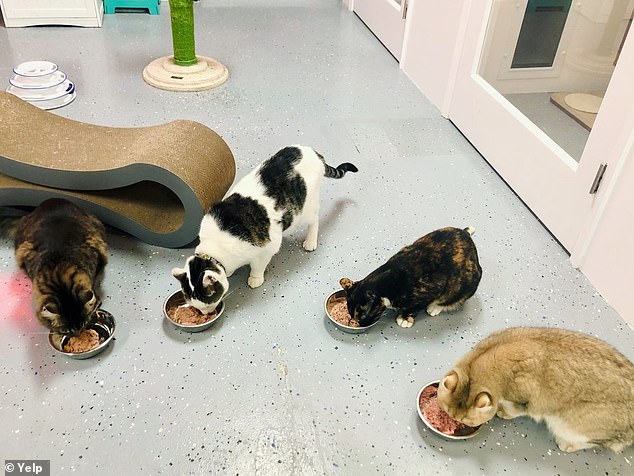 Firefighters said they worked to try to resuscitate the cats, but to no avail. Pictured: Guests at the Cat Place LA enjoying a meal in the free roaming facility 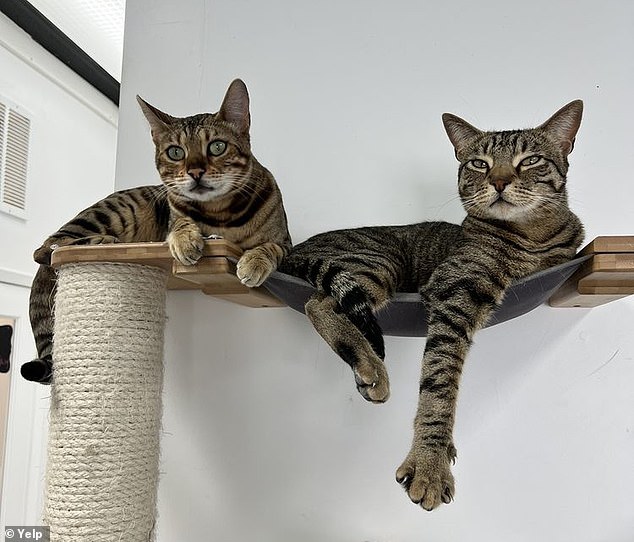 Two cats were saved from the fire and taken to vets. Pictured: a pair of cats enjoying hammocks at the pet hotel before the fire devastated it

Mohammed Zulfi, the owner of tobacco shop in the strip mall, said he was devastated by the fire, which took out his store and others at the location.

‘I work hard. It’s gone, everything,’ Zulfi told KTLA. ‘My mind is not good right now.

I’m very upset right now. You work hard and you don’t have anything to do.’