Ten fire engines rushed to the scene after smoke could be seen billowing from the building in Edmonton Green. 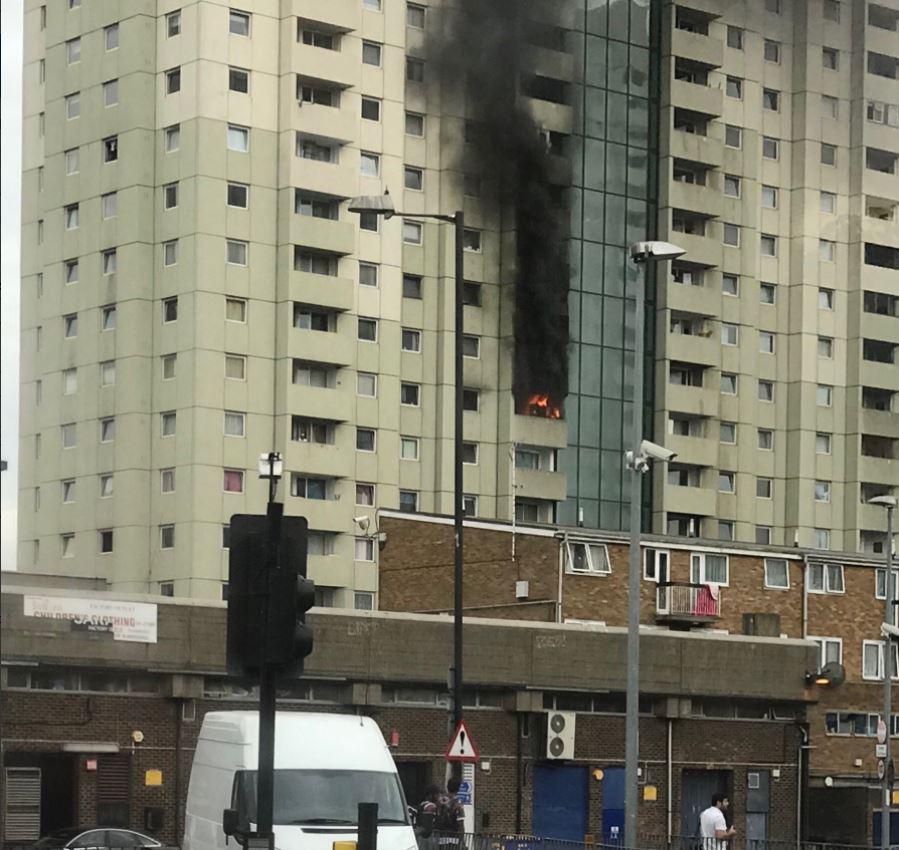 Part of a four-bedroom flat on the 6th floor was "alight" and some of the 50 firefighters in attendance were able to lead one man to safety.

Moments earlier, 50 terrified residents sprinted out of the building and witnesses reported that the fire was "getting worse".

Daniel Iqbal wrote on Twitter: "The smoke is getting worse in Edmonton Green. Stay safe people."

The block is one of three identical buildings in that part of North London.

It is not known what caused the fire but the London Fire Brigade confirmed they had it under control by 7.10pm tonight.

A London Fire Bridge spokesman said: "Ten fire engines were called to a fire in a block of flats by the North Mall and Plevna Road in Edmonton Green this evening.

"Brigade control officers received nearly fifty calls about the fire which was very visible. Part of a four bedroom flat on the 6th floor was alight.

"Crews wearing breathing apparatus led one man to safety through an internal staircase and around 50 residents left the block before the arrival of the Brigade.

"Ten fire engines from stations including Tottenham, Chingford and Southgate fire stations were at the scene.

"The Brigade was called at 5.39pm and the fire was under control by 7.10pm. The cause of the fire is not known at this stage."