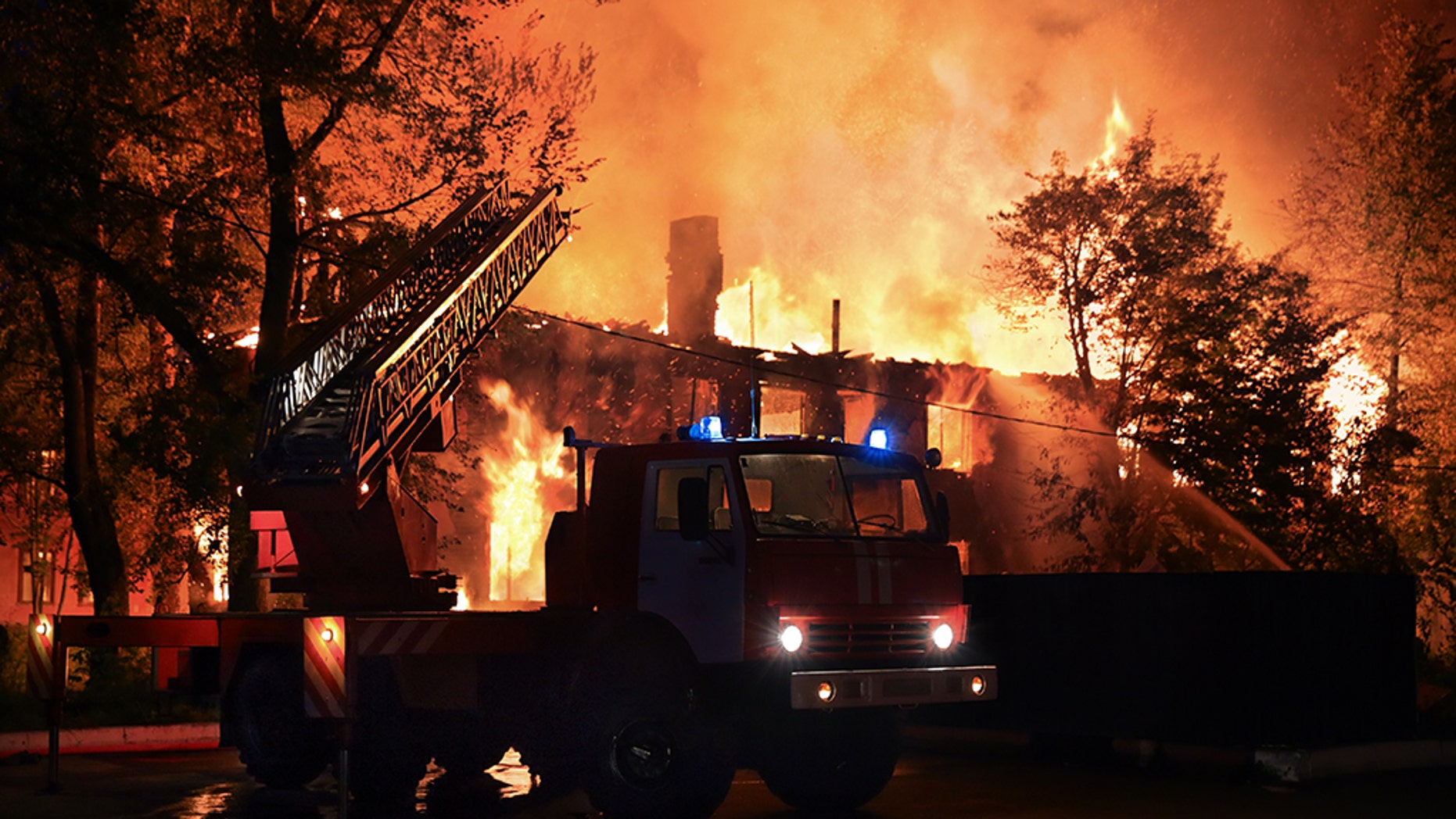 As a Vietnam veteran's home went up in flames, one firefighter thought quickly on his feet to preserve a patriotic symbol.

Allen Skomer, who is also a veteran, was working to extinguish the massive flames at the Toledo, Oklahoma, home on Friday around 1 a.m. when he spotted the flag's colors flying between the house and a small adjoining structure alongside it.

"I was helping one of the rookies throw a stream in between those two structures, to keep that second structure from burning," Skomer told WTOL. "That's when I noticed the colors waving with the flames behind them."

Immediately, Skomer sprang to action, grabbing the flag and carrying it carefully so it wouldn't touch the ground before resting it on the bumper of his fire truck, a safe distance from the aggressive flames. At the time, he didn't know the man whose home he was attempting to salvage was a veteran as well. His quick response, he said, was an easy one after his eight years with the United States military.

"I didn't want to let it burn, so I went and grabbed it," he said. "I'm an eight-year veteran of the Navy. It's just a knee-jerk reaction. I didn't want to see the colors go up. I would never knowingly let the flag go up in smoke or be desecrated in front of me if I can help it."

It was lucky that Skomer chose to grab the flag when he did. Soon after, the roof of the Vietnam veteran's house caved in, destroying the home and everything inside it. Firefighters were able to stop the adjoining structure from being completely burned down, but the American flag remains one of the only items to come out of the fire unscathed.

Skomer's actions were applauded by Toledo Fire spokesman Sterling Rahe. “Patriotism is something that I think is overlooked these days," Rahe said. "That flag is the core symbol of our citizenship and we should be thankful for the freedom and what that flag represents. It’s a proud moment. Respect for the flag runs deep within our department. It’s a great moment for Al to take be able to respect the flag and do what he did. What you saw in that video is who he is.”

According to neighbors, the homeowner, who they refer to as Bob, is a pillar of the community and prides himself on the maintenance of the flag. His friend Christy Depp told local news that the homeowner just got a brand-new flag to display before the fire engulfed his home. He's also known to help out those who are less fortunate in his Toledo neighborhood.

"Bob's a good man to the community, to us. He's a veteran," Depp continued. "A lot of the homeless that walk up and down the streets, he feeds them. Cooks for them and everything and never turned nobody down, nobody down. He did a lot for us."

Although Bob may have lost many of his material goods, he can at least rebuild knowing he has his flag, the support of his community and a new friend in firefighter Allen Skomer.

“Even though he lost his place, the colors he can keep,” Skomer said.