FIREFIGHTERS battled a massive "fire tornado" after a blaze broke out at a food processing plant early Tuesday morning.

The five-alarm fire – which prompted a flame whirlwind – took place at the Mizkan America tomato processing facility in Stockton, California. 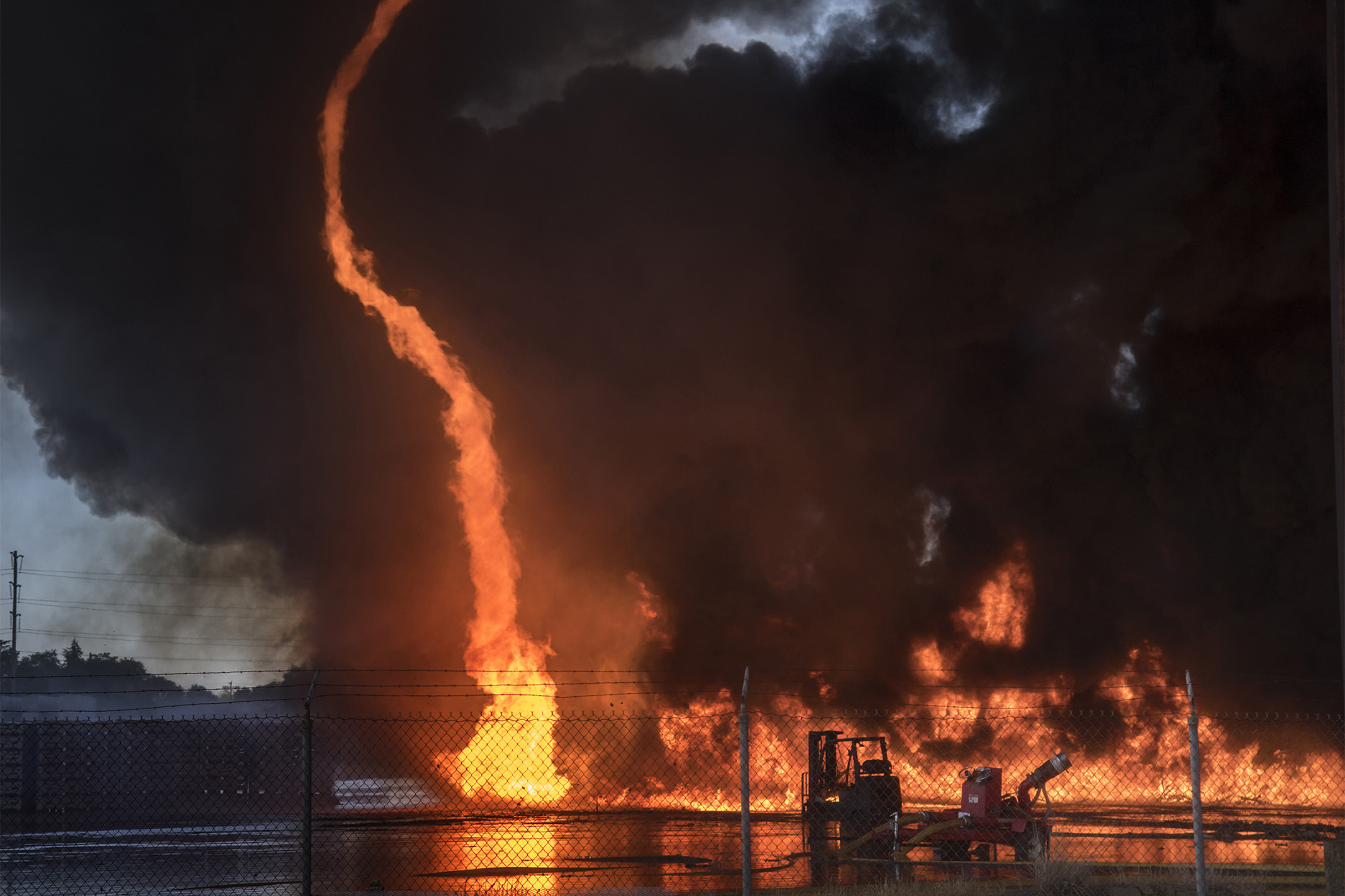 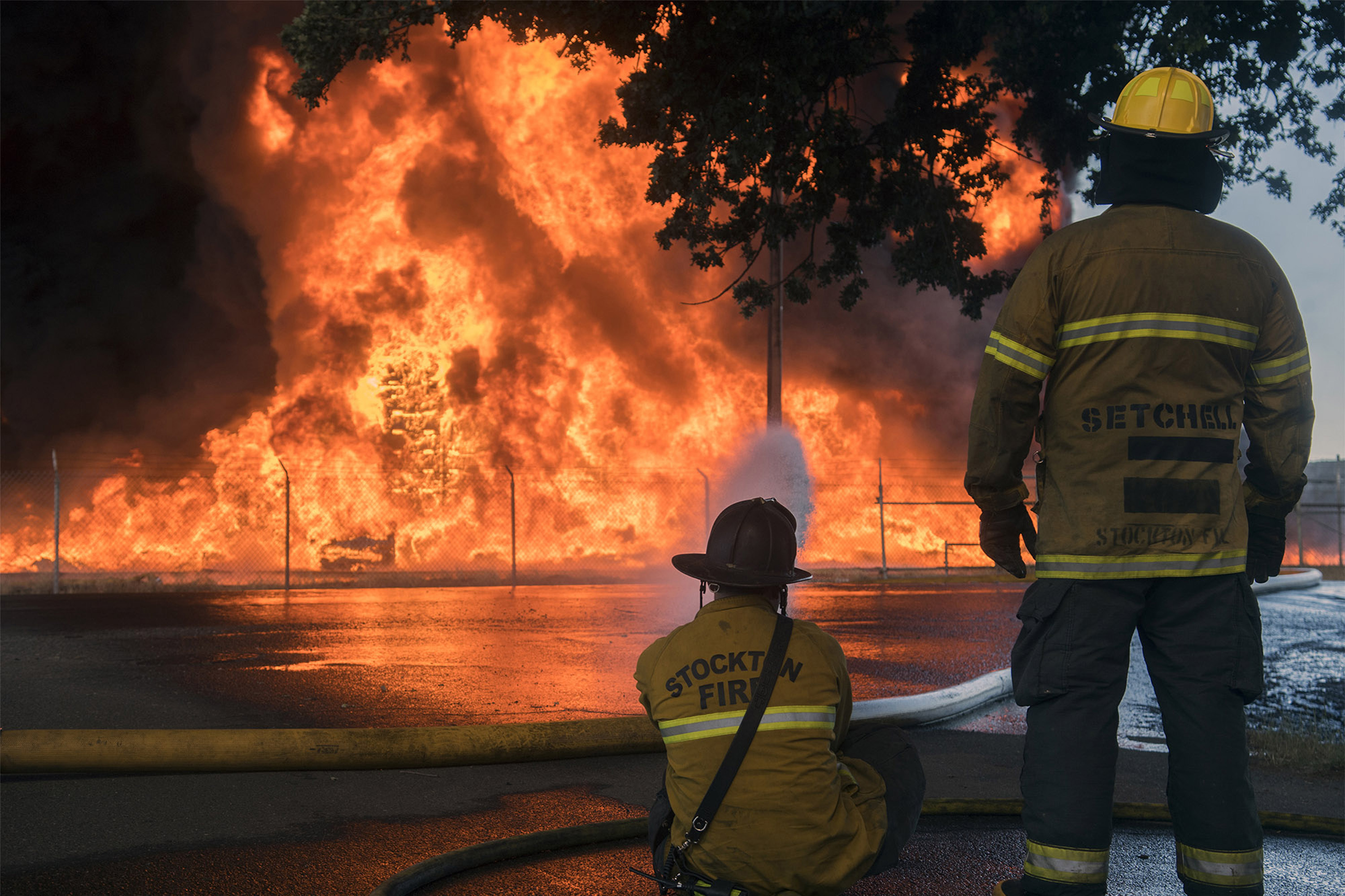 Approximately 1.5 acres of plastic pallets burned and drivers were urged to steer clear of the fiery area, according to the Stockton Fire Department.

The fire, which was at first labeled as a three-alarm fire, was fueled by crates filled with tomato products, The Record of Stockton reported.

Deputy Fire Chief Shannon Lewis told the news outlet firefighters were first called to the scene around 5am Tuesday, but despite their attempts to put out the blaze – it kept growing.

It took nearly six hours for firefighters to get the blaze under control.

Lewis said the mix of plastic and tomato product helped reduce the spread of the blaze – even though it made the fire last longer.

San Joaquin Valley Air Pollution Control District issued a health caution due to the thick smoke and advised people nearby to stay indoors. 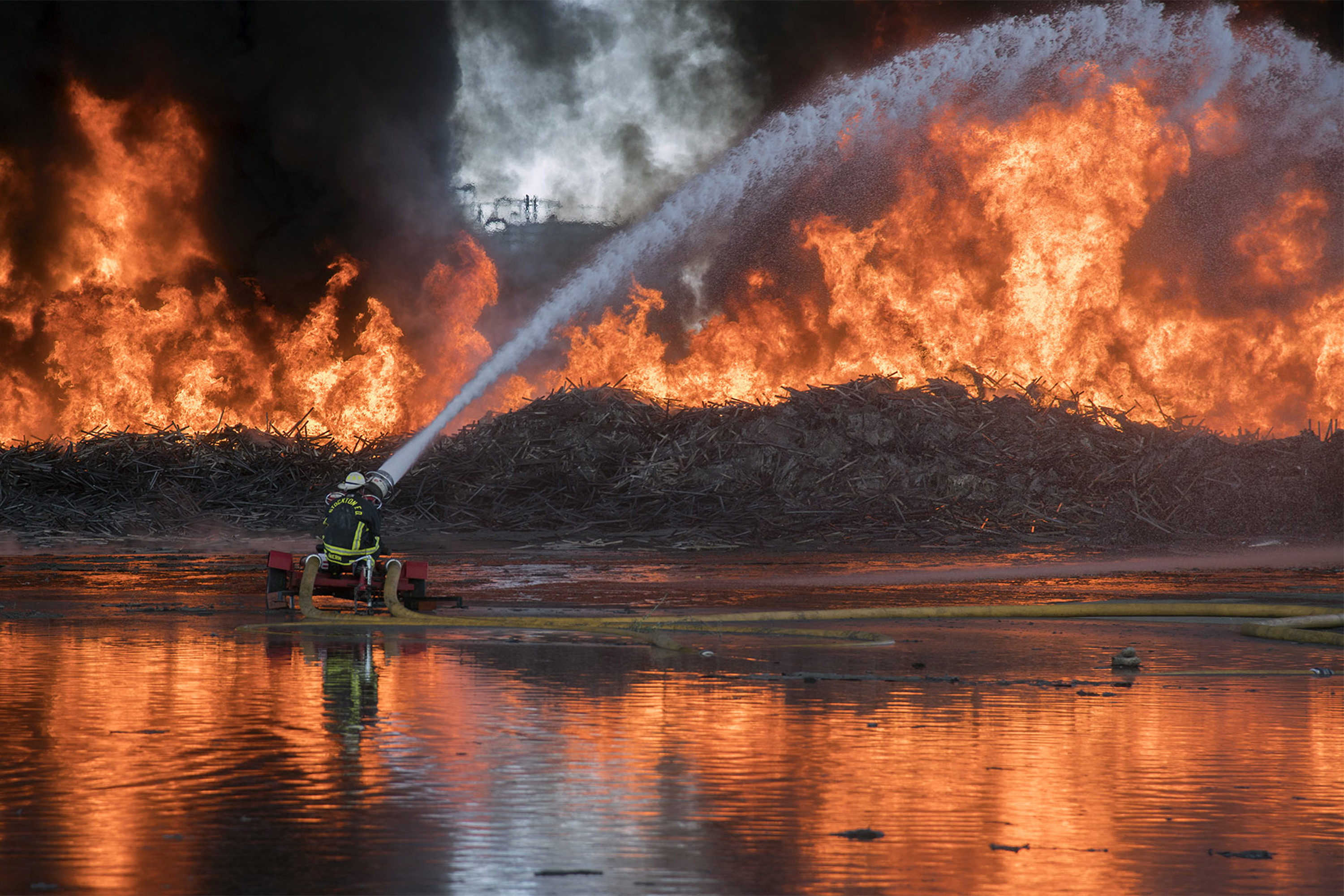 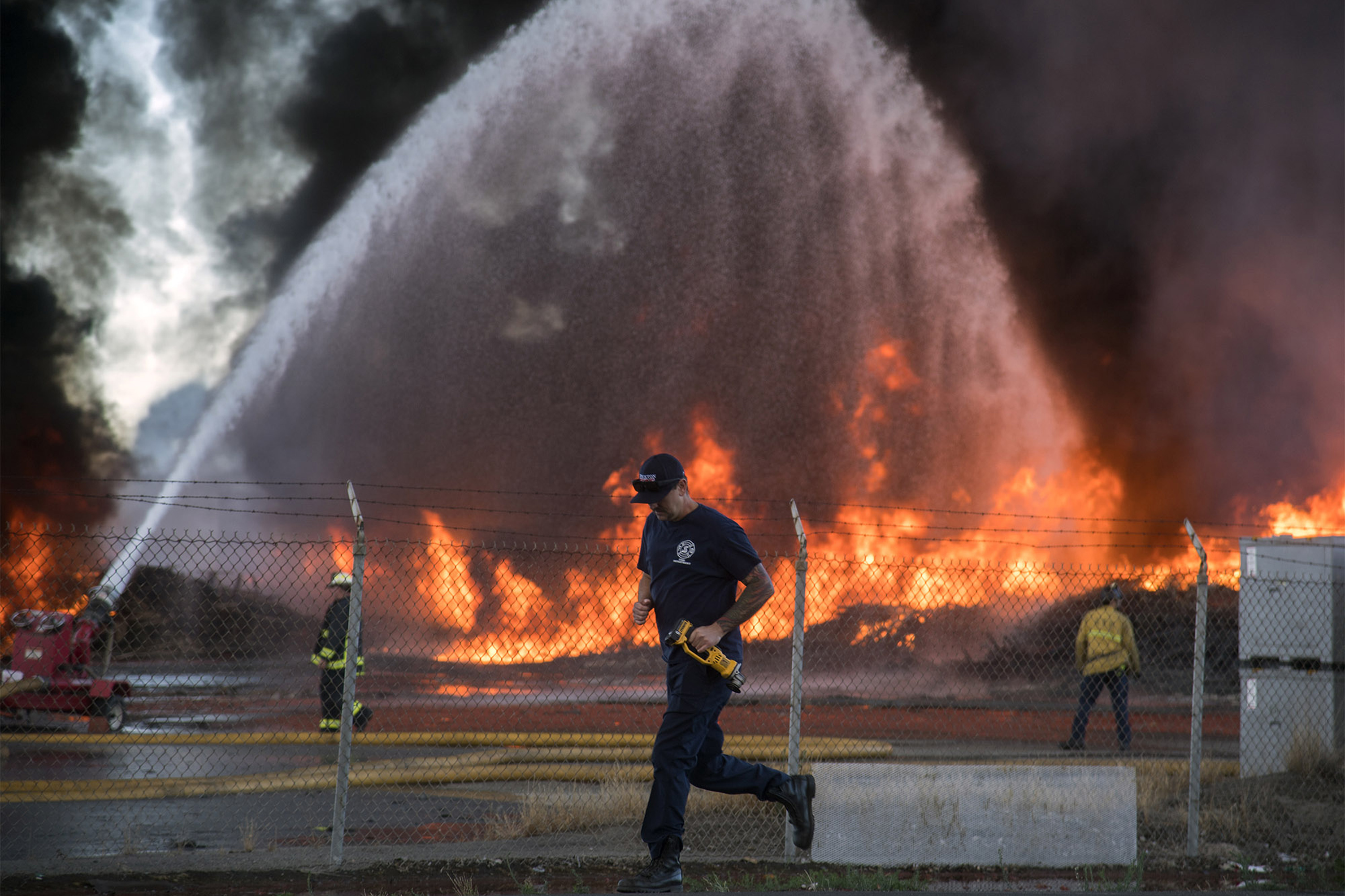 One firefighter was transported to a nearby hospital with head exhaustion, but other than that, no injuries were reported, Stockton Fire revealed.

"Firefighters faced a stubborn plastics fire at a processing yard. Firefighters took nearly 6 hours to control the fire, & stayed on scene through the rest of the day & night," Stockton Fire tweeted.

"Plastics burn up to three times hotter than wood, and are also more readily available to reignite because they do not absorb any water.

Firefighters were eventually moved out of the yard because of the extremely radiant heat.

Wayne Burke, who lives across the street from the plant, felt the strong heat from his house – which he watered, along with his trees and plants, to keep them from parching. 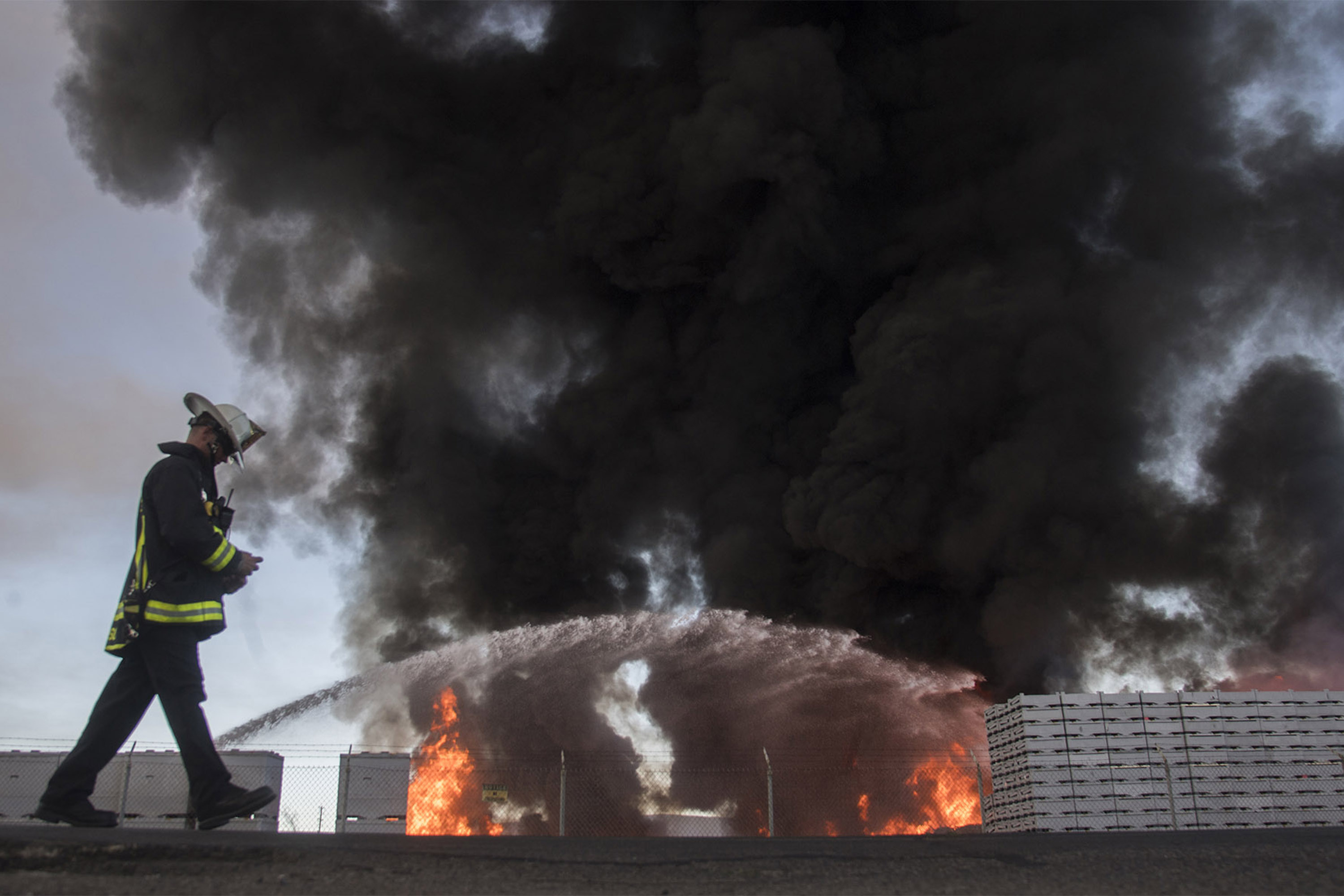 “Now I know what a pig at a luau feels like,” Burke said.

The heat was so unbearable that firefighters also resorted to spraying water own their equipment and trucks.

The cause of the fire remains unknown.