MEXICO CITY (Reuters) – Three asylum seekers have tested positive for coronavirus in a sprawling encampment steps from the U.S. border in Matamoros, Mexico, marking the first cases in a settlement that advocates have long viewed as vulnerable amid the pandemic. 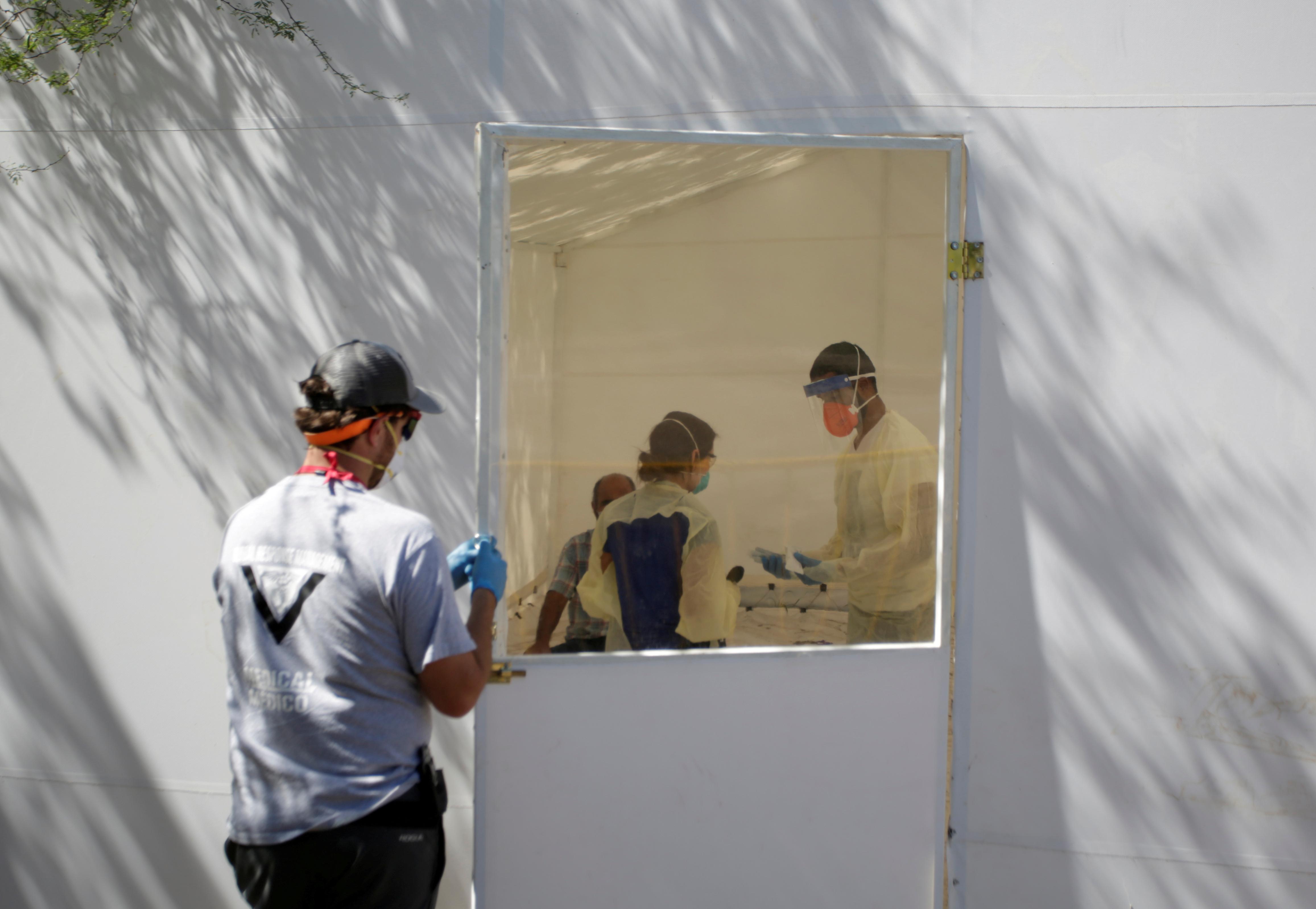 Global Response Management (GRM), a nonprofit providing medical services in the camp, said it is proactively testing and isolating all close contacts of the three migrants who tested positive.

“We have 5 patients in isolation: 2 who are awaiting results of testing and 3 who have tested positive on antibody testing,” GRM Executive Director Helen Perry told Reuters on Tuesday. “We are taking an aggressive approach to contact tracing and isolation in the hopes that we can catch infections early and prevent potential spread as much as possible.”

Since confirmed cases of coronavirus in Mexico began rising in March, advocates and government officials have worried about the potential for an outbreak in the camp, where an estimated 2,000 migrants live in tents on the banks of the Rio Grande river.

“For months, public health experts have sounded the alarm that people in these under-resourced migrant encampments and shelters… face disproportionate risks from COVID-19,” Michele Heisler, medical director at U.S.-based nonprofit Physicians for Human Rights, said in a statement.

A coordinator for the state health department in Matamoros did not immediately respond to a request for comment.

A spokesman for U.S. Customs and Border Protection (CBP) said its staff is working to “protect America’s borders, slow the spread of the virus and facilitate the cross-border flow of food, medicine and other essential commerce.”

Many migrants in the camp are U.S. asylum seekers who were sent to Mexico as they wait for the outcome of their cases in a controversial Trump administration policy known as “Migrant Protection Protocols.”

To prepare for the virus, GRM said it worked with local officials to carry out measures such as checking the temperature of anyone who enters the camp and building a 20-bed field hospital.

GRM has conducted 344 tests so far, including more than 100 over the past week, Perry said. In addition to camp residents, the group has also tested some volunteers.

Luz, a 42-year-old asylum seeker from Peru who asked that her last name not be used due to safety concerns, said she was tested earlier this month after a friend got sick. Both women tested negative.

Luz has tried to isolate as much as possible, though she sometimes leaves her tent for relief from the fierce Matamoros heat.

“I truly am not afraid, though I try to be cautious,” she said. “But you can’t stay in your tent all the time… It’s too hot.”