An angry brown bear was caught on camera chasing a Russian fisherman into an icy river where he drowned.

Sergey Zhirkov, 31, had climbed onto an embankment by the river on the Kamchatka peninsula in eastern Russia, to call a friend to come fetch him after a successful fishing trip.

As he did so, a bear emerged by the water, and tore his inflatable boat apart before stealing his catch. 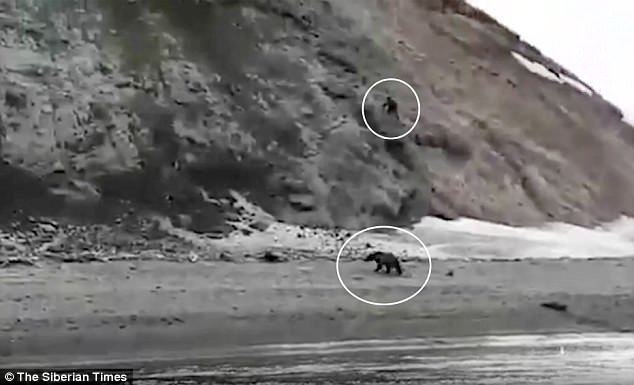 Tragic: Fisherman Sergey Zhirkov, 31, drowned after being chased into a river on the Kamchatka peninsula in eastern Russia, by a brown bear that had stolen his catch

Zhirkov, a prominent member of the local Elvel dance ensemble, threw stones at the bear, forcing it to retreat.

However, a few moments later, the predator returned and chased Zhirkov back up onto the embankment.

The incident was caught on camera by other fishermen from across the fast-flowing river, who can be heard shouting warnings to Zhirkov.

Towards the end of the video, the bear can be seen chasing Zhirkov into the river, which was swollen by melting winter snow. 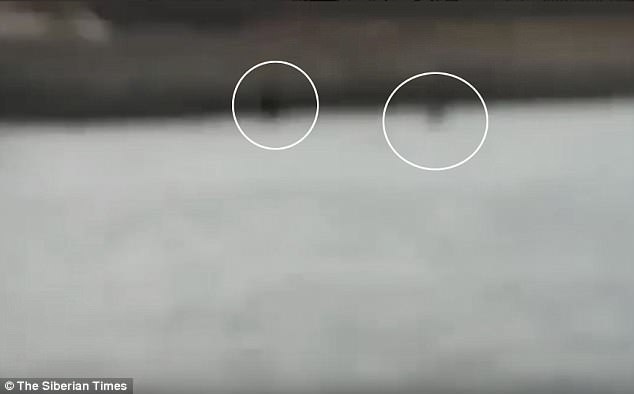 Fatal: Blurry footage shows the moment Zhirkov is chased into the river by the bear 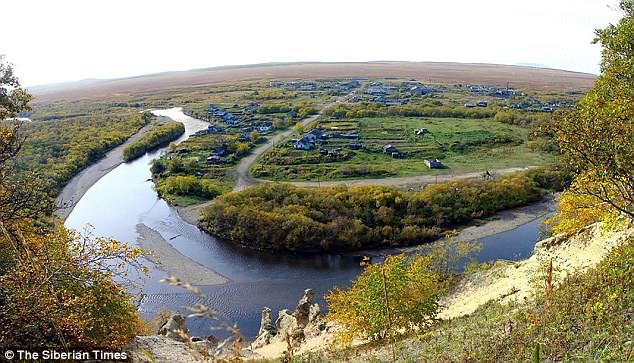 Drowned: The incident took place near this village on the  Kamchatka peninsula in east Russia 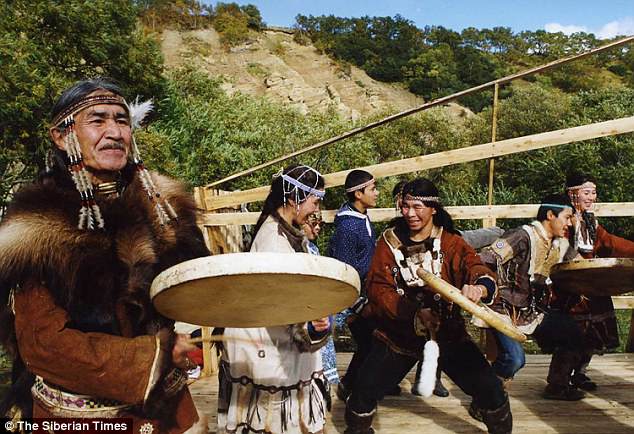 Local celebrity; Zhirkov was a prominent member of the local Elvel dance ensemble. Pictured is the dance troupe, although it is not known if he is seen in this photo

Panic-stricken, the fisherman made a desperate bid to swim across the rapids to reach a rope thrown in by the onlookers.

‘But he was overcome by the current and cold and swept downstream,’ reported The Siberian Times.

Irina Kvasova, head of Kovran village administration, said: ‘Sergey’s body was washed ashore early this morning after it was carried away into the Sea of Okhotsk.

‘The bear ran away, we have not managed to trace it.’