Max Berryman, 21, said: “It had me in its jaws and could’ve had my privates off.” 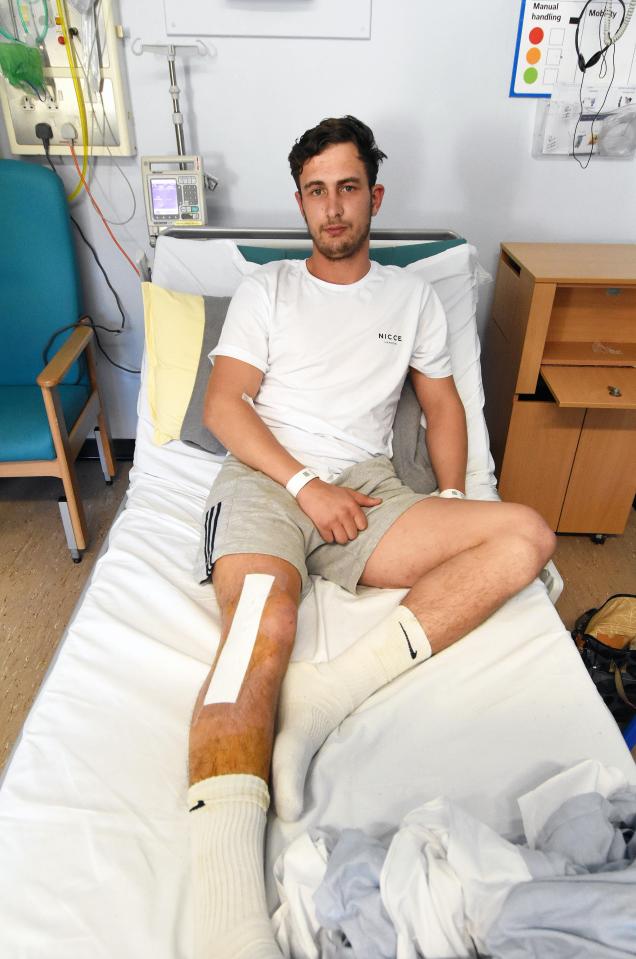 He was wounded by a porbeagle shark — a relative of the deadly Great White — after it was hauled on board his boat in a fishing net.

It sunk its teeth deep into his right leg — leaving a ten-inch wound — in the worst shark attack in UK waters for more than 50 years.

Max said: “We were on deck and a shark came over on the winch as we were bringing the nets in. It was almost 7ft long and at least 200lbs.

“It landed on the floor of the boat right next to me and was thrashing around wildly. 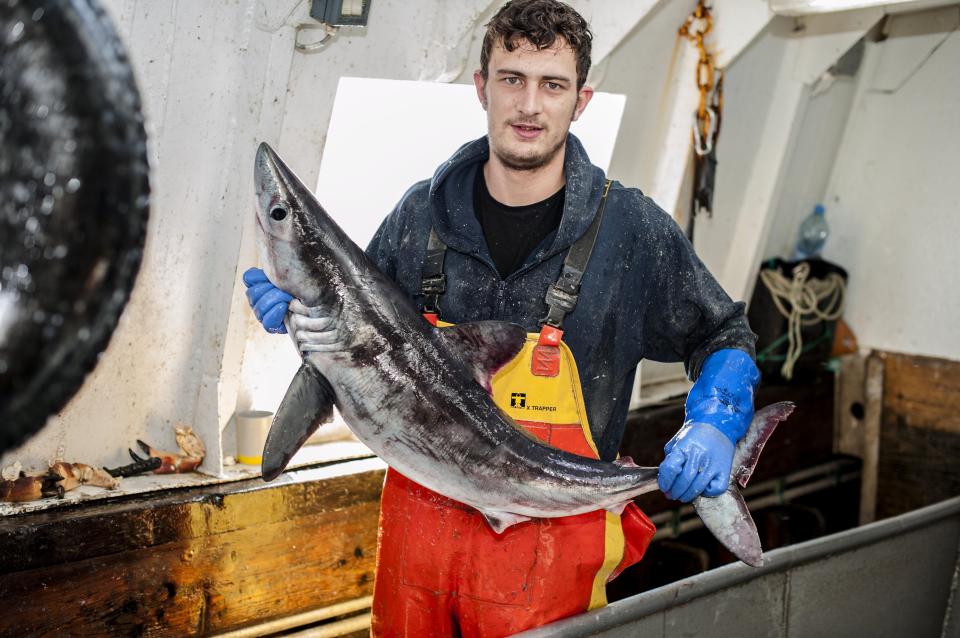 “I guess I just wasn’t quick enough to leap out of the way.

“The next thing I knew I looked down to see that the oilskins I was wearing were ripped to shreds.

“Blood was pouring down my leg and the pain was so intense. I was in absolute agony.” 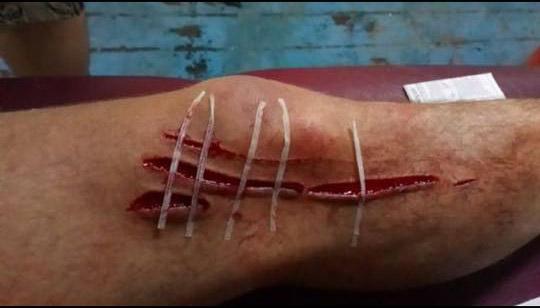 Max was part of a six-strong team on the trawler Govenek of Ladram.

His crewmates dressed his wounds before a coastguard helicopter arrived.

Dramatic footage showed Max being hauled up to the chopper about 150 miles off Land’s End.

The boat had left Newlyn in Cornwall on Saturday and had just started reeling in the first of its nets when the drama unfolded. 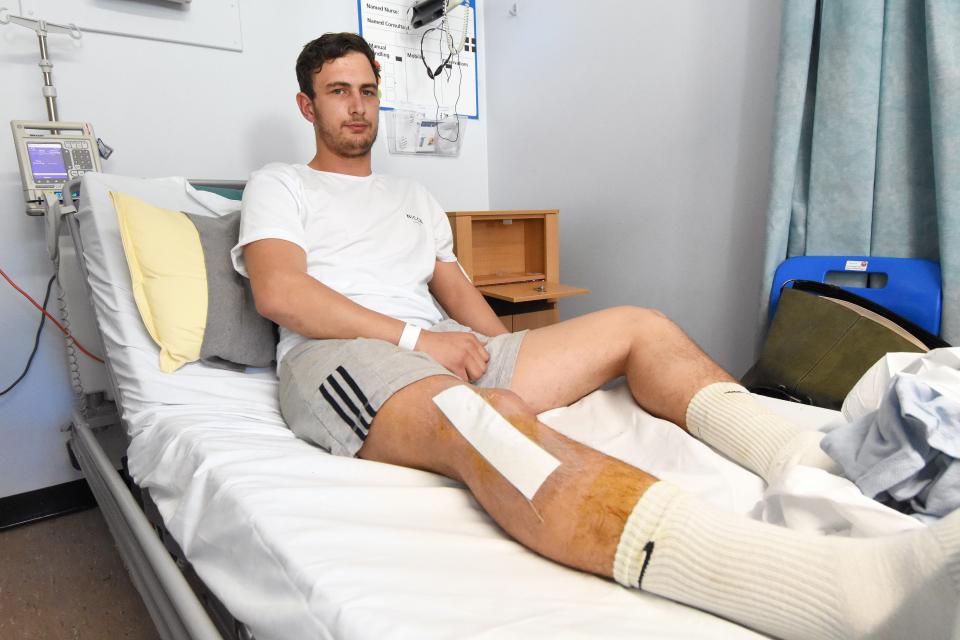 Max praised skipper Phil Mitchell and his colleagues. He added: “I just went into shock. I was screaming for the skipper and fortunately he did an amazing job.

“He gave me paracetamol while pushing the skin of the cut together and pouring glue into the wound.”

Max, of Penzance, was airlifted to the Royal Cornwall Hospital after the attack on Sunday morning.

Alex Grieg, Senior Maritime Operations Officer for HM Coastguard, said: “Thanks to the crew’s swift actions in treating the wounds and contacting us, we were able to arrange the evacuation of the crew member promptly and get him to hospital.” 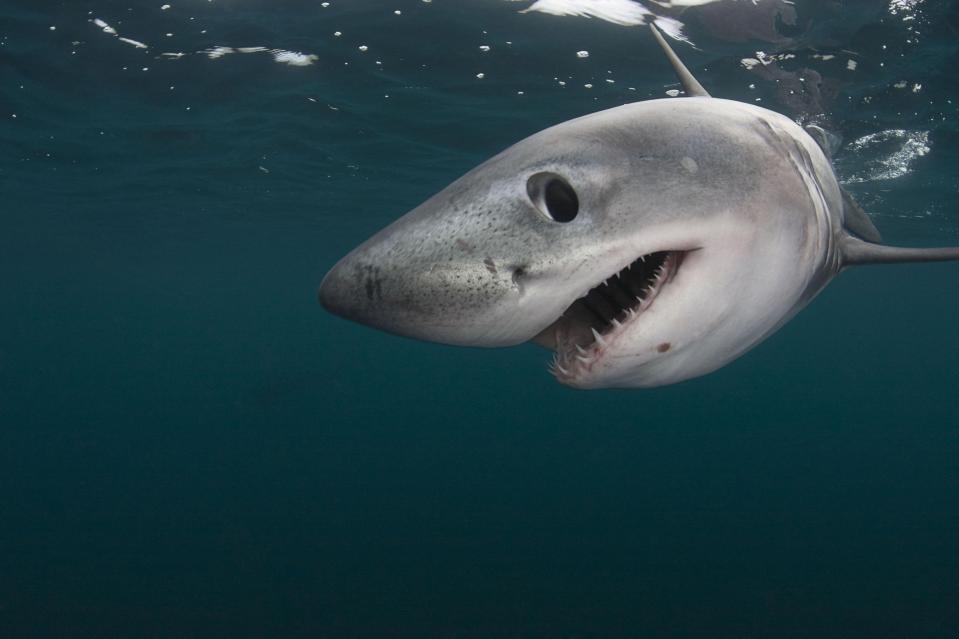 The shark was thrown back into the sea by Max’s crewmates.  There have been 16 recorded shark attacks in UK waters.

Max’s was the worst injury since June 1968 when Roy Cloke suffered a severely lacerated arm when attacked by a blue shark at an unknown spot.

There has been one fatality, according to the Shark Attack database

An assistant school master was savaged by a dogfish shark in 1922 while swimming near Hornsea, East Yorks.