This is the dramatic moment four fishermen are rescued after their vessel capsized in the English Channel yesterday.

The HM Coastguard received a distress alert from a merchant vessel reporting that they could see a capsized fishing vessel with two people sitting on the hull and two people in the water in Eastbourne.

A Mayday relay broadcast was also issued by HM Coastguard asking all vessels in the area to assist if they were nearby.

Many vessels responded to the broadcast and also made their way to the scene.

The merchant vessel, who reported the incident, picked up two people from the water and the two people on the hull were picked up by the HM Coastguard helicopter.

A search and rescue helicopter was immediately launched, as well as the Eastbourne and Newhaven RNLI All Weather Lifeboats to the scene.

Kaimes Beasley, Duty Controller for HM Coastguard said: ‘This was a very successful outcome to what could have been a tragic one. There was a huge effort to rescue these four men in near gale force conditions in the English Channel.

‘Thankfully, all four fishermen have been picked up and despite being cold and wet are otherwise safe and well. Safety advice – when heading out to sea you should always make sure you have a means of alerting us if you get into difficulty. 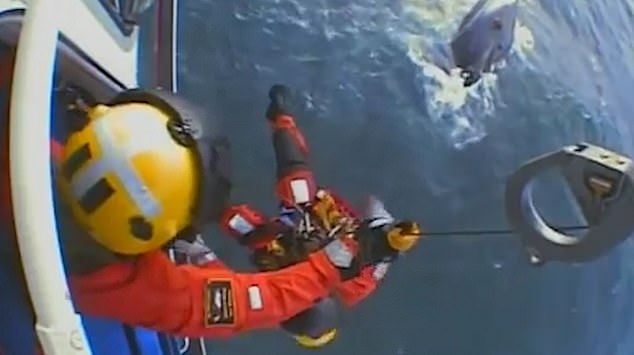 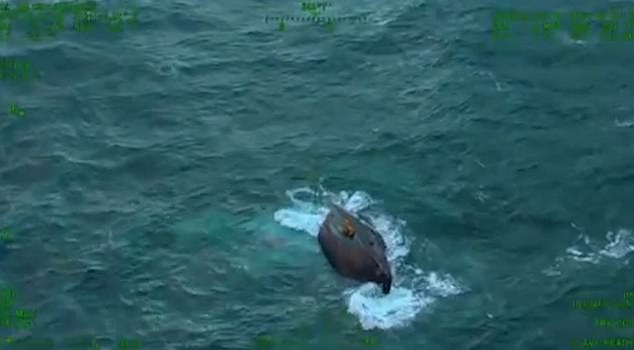 ‘We can never get time back, speed is of the utmost importance – don’t wait for things to improve. You need to inform us as soon as a potentially difficult situation is developing – once things start to go wrong, they can develop rapidly. Always carry a means of alerting the coastguard if you get into difficulty.’

She urged people to have their vessels fitted with EPIRB and a Digital Selective Calling (DSC) VHF radio as it have coverage along the coast.

She added: ‘If you are at sea and only have a mobile phone you will only be able to speak to the person you are making the call to. 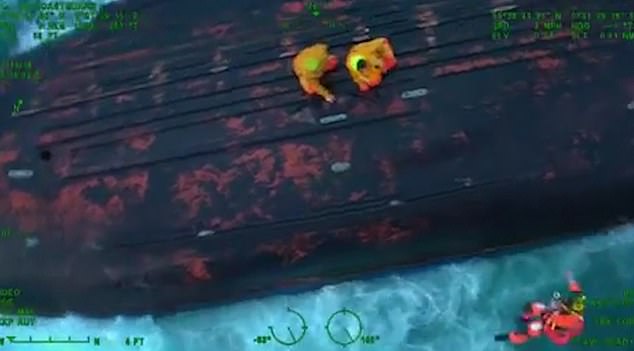 ‘If mobile network coverage is poor then you might not be able to make a mobile call at all.’

The rescued crew were taken to Dover Coastguard Station where they were assessed by the HM Coastguard Lydd helicopter crew paramedics but did not require any hospital treatment.