A FIT and healthy army cadet died after "turning his head too quickly" triggered a stroke, an inquest heard.

Ben Littlewood, 17, from Dukinfield, Manchester, was making tea for his younger sister when he suddenly collapsed. 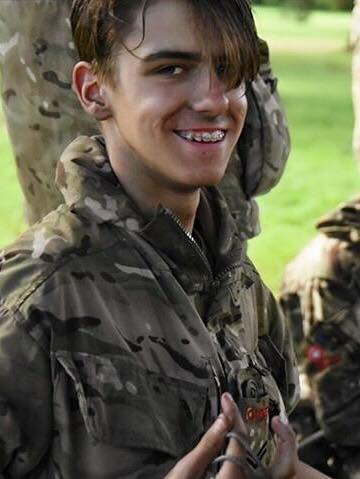 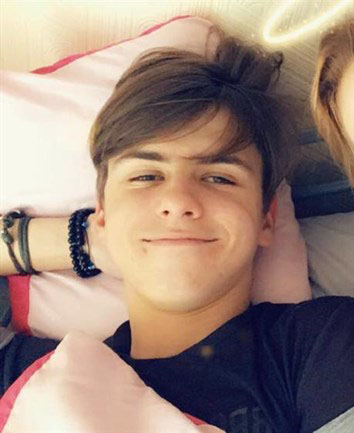 The teenager's mum found him on the kitchen floor and he was rushed to hospital where he died eight days later.

An inquest in Stockport heard that it's believed Ben turned his head quickly causing an artery to tear and sending a blood clot to his brain.

Due to his age, medics initially didn't realise he had suffered a stroke until four days after being admitted to the intensive care unit.

One senior medic who carried out a brain scan on Ben later said he had not come across a case in 12 years of treating patients.

Ben had been studying joinery and carpentry and was a lance corporal in the army cadets and he was hoping to join the Territorial Army after qualifying at college.

His mum, Vicki Brocklehurst told the hearing: "He was a character a little clumsy but he had the biggest heart and helped anybody. He was the best big brother, cousin, grandson and nephew.

"He lived at home with me, step dad and sister and she turned three the day after Ben passed.

"His tutor told him he was one of the best students he had had and he loved college. There were no health problems and no concerns about drugs or alcohol."

Ben had been looking after his little sister, who was about to turn three, while his nursery worker mum went to work for a couple of hours when he collapsed on April 3.

Mrs Brocklehurst said: "He would normally just lark about whilst I wasn’t there, have some tea and take a lot of selfies and mess about.

"I had a missed call from him which I saw when I came to check my phone at 5pm. I tried calling him back but never got a response.

"Normally he would call back and at least answer but it must have been about 20 minutes and I said to my colleagues: 'I’m going to have to go home – somethings not quite right.' 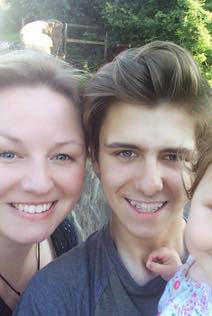 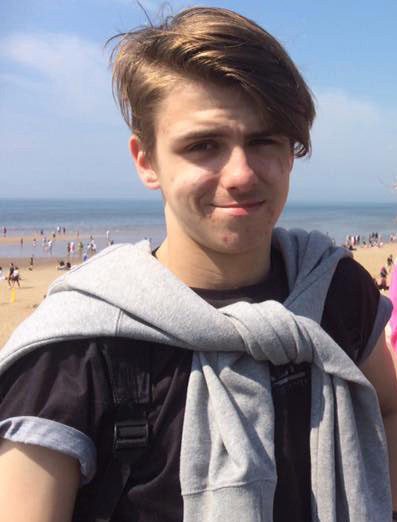 "I just had the feeling. The time I got home was approximately 6.10pm and I just remember walking in the house and the dog ran to get me and then ran straight back to the kitchen where Ben was.

"He was lying on the kitchen floor, fitting at the time and the dog bowl had been upturned and there were biscuits on the floor.

"I thought maybe he had fallen over the bowl and fallen and hit his head. My daughter had been sat in the kitchen counter and there is signs to suggest Ben had been preparing tea and made his sister a crisp butty and himself a bacon butty which was half eaten.

"I summoned the ambulance and immediately paramedics came and noted a bump and cut on his forehead. Staff at the hospital and nurses especially were fantastic."

Ben underwent a CT scan at Tameside Hospital but tests showed his brain was normal. He underwent another scan on April 7 when doctors realised he had suffered an ischaemic stroke.

Dr Shiva Koteeswaran a consultant radiologist who carried out an initial CT scan on Ben at Tameside Hospital said: "I was reviewing the areas I was looking for in a young person and thinking could be bleeding in the brain or a tumour.

"Also the bump on the forehead raised the question of question of looking for skull fractures.

"I looked at the brain itself and it looked completely normal. But discrepancies and misrepresentations in scans can be as high as 20 per cent. My experience with with basilar artery thrombosis is very rare and I have not diagnosed it in my 12 years. 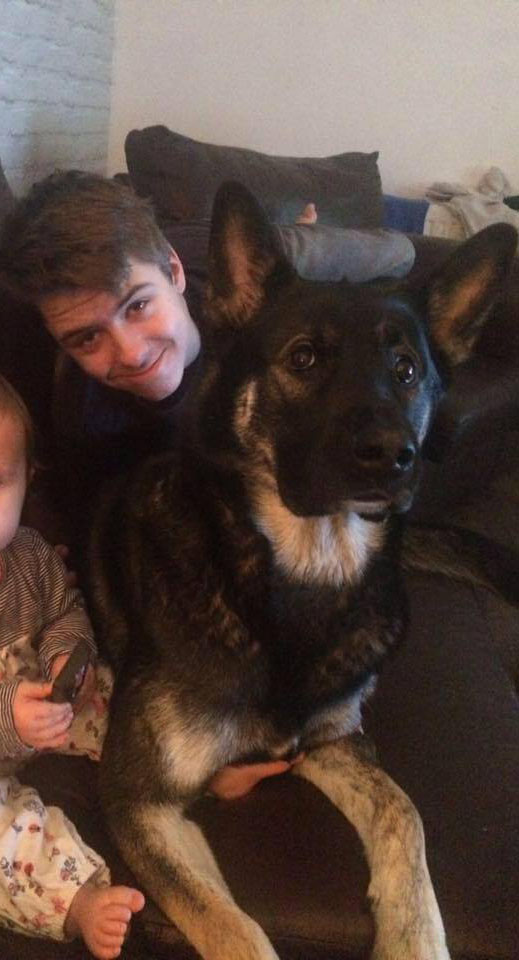 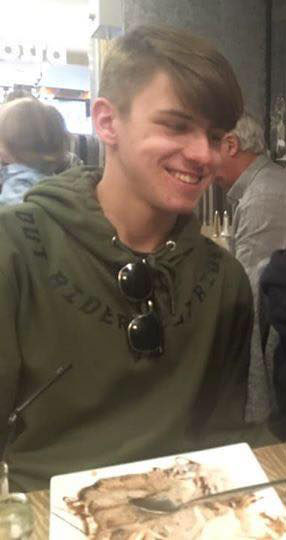 "At that time I didn’t think it was significant but three months later I was informed there was a discrepancy.

"Even looking back if I was looking back and knowing the outcome I could immediately see where the brain was. I only wish I could turn back the clock and go back.

"I still wouldn’t be able to say looking at the scan that the outcome is basilar artery thrombosis and go treat it."

'Nobody suspected a stroke'

Dr Christopher Douglass, a consultant neurologist, Salford Royal Hospital said: "It’s important to say nobody suspected a stroke and I have to say these kind of strokes are very unusual even in older patients.

"In a 17 year-old lad who’s fit and well, thinking about a rare stroke wouldn’t be top. It would be someone with viral illness and thinking it’s meningitis."

"The vein can be damaged by posture, people who have been painting, just tipping their head back or one case just a person reversing down a lane and just turning the head can do this.

"Same as twisting may have caused the tear in the artery and there is no other reason unfortunately. It is quite common when we investigate strokes in one in five cases we don’t find a cause and its potentially impossible to know."

What causes an ischaemic stroke?

Around 85 per cent of all strokes are due to a blockage cutting off the blood supply to the brain. This is called an ischaemic stroke.

A blockage can be caused by a blood clot forming in an artery leading to the brain or within one of the small vessels deep inside the brain.

Blockages in the brain can also be caused by a clot moving through the blood stream from another part of the body.

There are a number of reasons why blockages can form and cause an ischaemic stroke. These include:

NHS bosses carried out an investigation following Ben's death but said the initial scan was an "error that sadly could have been made by a different radiologist in a different set of circumstances."

Tests concluded he died of a vertebral artery thrombosis or ischaemic stroke.

Recording a conclusion of death coroner Chris Morris said: "Ben was a much loved son, grandson, brother and nephew and a delightful and good natured young man.

"At the beginning of a very talented creative life he was doing very well at college and someone who had everything to live for.

"He had no medical history of any note whatsoever and very sadly after apparently a very normal afternoon of looking after his sister he was found collapsed. 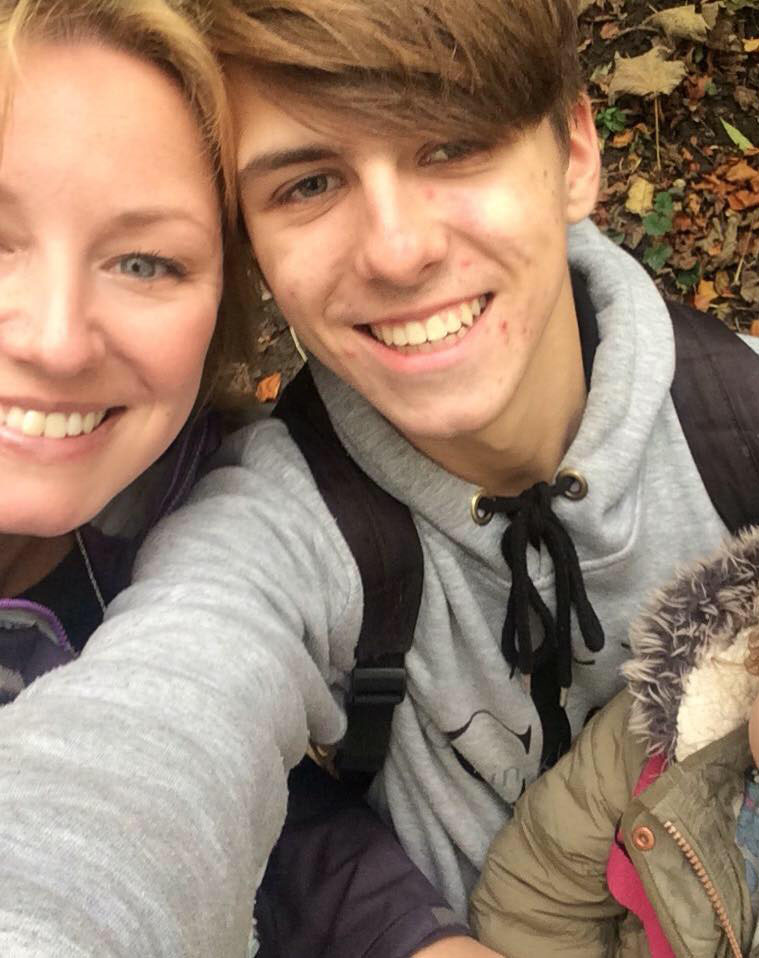 "After initial assessment in the emergency department hospital he had a CT brain scan but this was reported routinely by a very experienced radiologist whose evidence I found extremely insightful.

"It’s clear from the doctors evidence that the scan was reported as being essentially clear and Ben was treated with antibiotics and anti seizure medication but sadly remained unconscious.

"On April 7, following a repeat scan review it was finally identified the most likely cause of Ben's collapse as a very rare case of ischaemic stroke.

"This is very rare in the population let alone in someone of Ben's youth. I accept Doctor Douglass’s evidence that cannot be really totally sure of the likely cause in Ben's case.

"It's likely to be associated with sudden or extreme movement of the neck causing dissection of the relevant artery.

"By the time this Ischaemic stroke was finally diagnosed there was no realistic treatment options and he tragically passed away. I am very sorry to hear of the sudden and dramatic way Ben has been taken from your family."