Five British men have been charged after the fight erupted in Sydney, Australia, in the early hours of this morning.

According to police, it started when a 32-year-old man was allegedly punched in the head and collapsed, unconscious.

Police allege the man was then kicked while on the ground, before the brawl continued onto Darlinghurst Road, King’s Cross where a 19-year-old man was punched and fell onto the road. 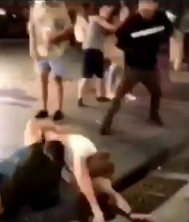 Disturbing footage of the violence captures a chaotic scene with fists flying in all directions.

The footage also reveals the moment one of the men was hit from behind and fell unconscious to the ground, where he was then kicked in the head.

The shocking altercation, captured on camera by bystanders, took place shortly after 1.20am.

When cops arrived, the men had separated but remained at the scene. 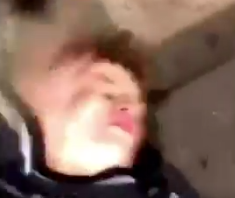 Police arrested all five men involved and charged each of them with affray.

All five are British nationals from England and Scotland, police said.

Surprisingly none of the men involved suffered significant injuries, according to police. 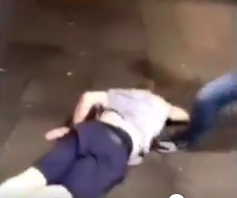 A 29-year-old man was refused bail to appear at Parramatta Bail Court today.

The other men, two 19-year-olds, a 30-year-old and 27-year-old, were granted bail to appear at the Downing Centre Local Court on May 21.

The men were also banned from the King’s Cross and Sydney CBD entertainment precincts.

Inquiries into the incident are continuing.