Five children were left fighting for their lives after a fire ripped through an attic in a suburb of Paris.

Around 100 firefighters tackled the blaze which broke out at around 7pm on Sunday in Aubervilliers, north-east of Paris.

Seven people were left with serious injuries, including five children who were in a ‘life-threatening’ condition, firefighters said. 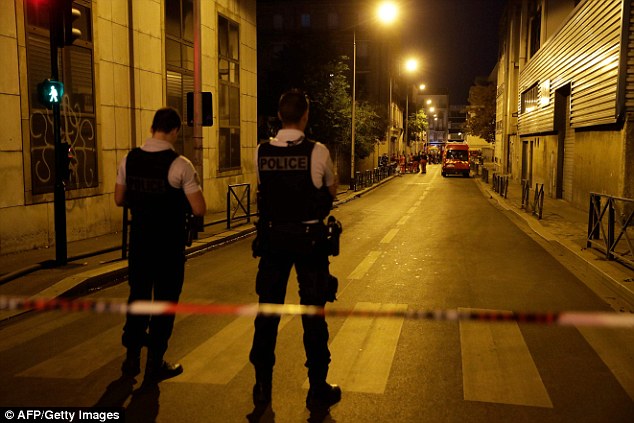 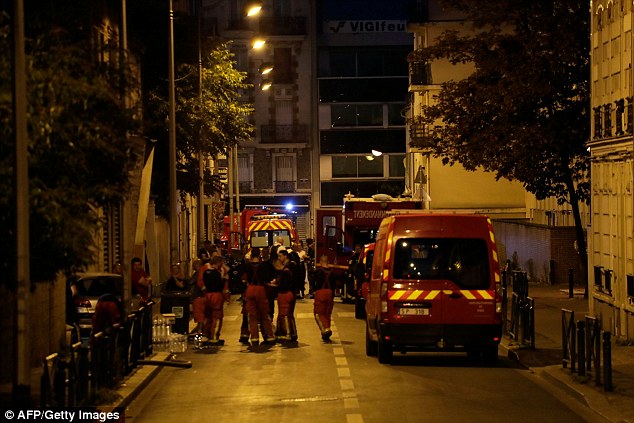 Around 100 firefighters tackled the blaze which broke out at around 7pm on Sunday. 10 police officers and a firefighter were also injured in the fire

Some 16 people including 10 police officers and a firefighter were also slightly hurt in the fire which took hold in the attic of a two-storey residential building.

Windows were used to escape the flames as others sought refuge on the roof, a police source said.

The cause of the blaze remains unclear, though firefighters quickly brought the flames under control.

Photographs from the scene show a significant police and fire service presence on a quiet residential street. 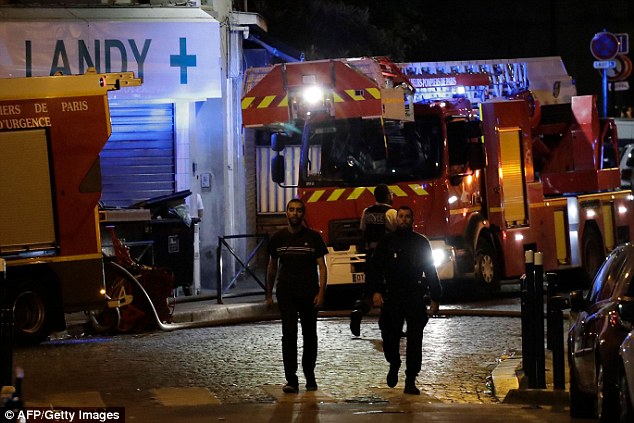 In the same town less than a month ago, a fire in a housing complex killed a mother and her three children aged 18 months to six years, and left nine others injured.

The town’s mayor Meriem Derkaoui said on Twitter:  ‘Aubervilliers affected by a serious fire in a private dwelling whose conditions of occupation remain to be clarified.

‘I salute the courage @PompiersParis and the action of the Municipal services. My thoughts go to the victims and their families.’