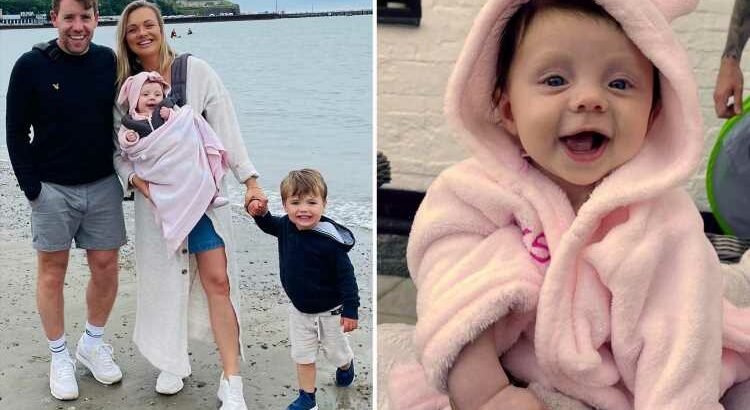 THE parents of a five-month-old baby girl who is "turning to stone" are urging others to know the warning signs of her rare illness. 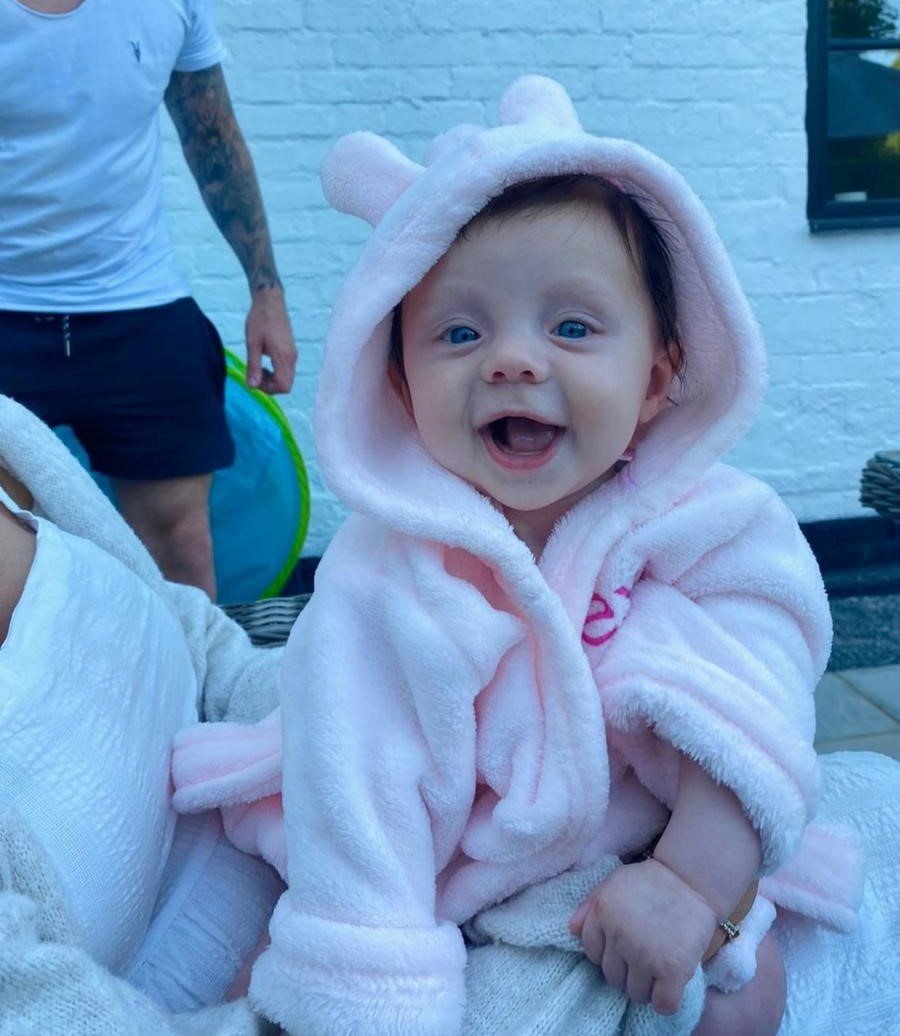 Lexi was born healthy, but her parents Alex and Dave were later told she was suffering with Fibrodysplasia Ossificans Progressiva (FOP).

The condition leads to sufferers being bedridden by the age of 20, while life expectancy is around 40.

It's a genetic disorder and can lead to bone formation outside the skeleton – which restricts movement and is often compared to the body turning to stone.

The family, from Hemel Hempstead, want other parents to learn the signs of the rare condition.

Lexi was born on January 31, and her parents said the first thing they noticed was she didn't have much movement in her thumbs and that her big toes didn't look quite right.

In April she then had X-Rays which revealed her thumbs were double jointed and she had bunions on her feet. 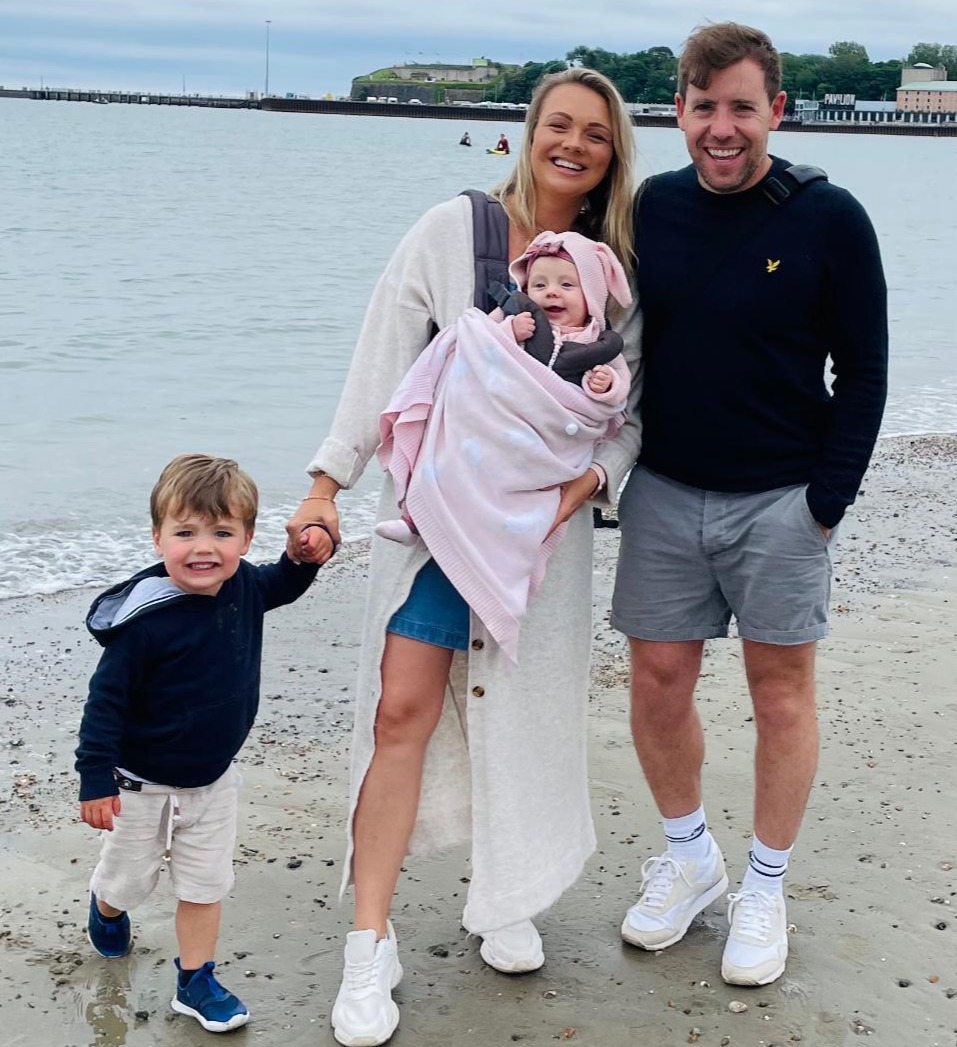 What is fibrodysplasia ossificans progressiva?

Fibrodysplasia ossificans progressiva (FOP) is a disorder that causes muscle tissue and connective tissue such as tendons to be replaced by bone that forms outside the skeleton.

The process generally becomes noticeable in childhood, usually starting in the neck and shoulders and proceeding down the body.

Any trauma to muscles, like a fall or medical procedure, may trigger episodes of muscle swelling and inflammation, followed by ossification – the formation of bone.

People with the condition are often born with malformed big toes, short thumbs or other skeletal abnormalities.

There are no known effective treatments for FOP.

Some drugs have been used to reduce pain and swelling.

Occupational therapy treatments like special shoes and braces can help manage the symptoms.

Biopsies and invasive tests are not recommended due to the trauma they cause muscles.

Mum Alex, 29, said they were first told Lexi had a syndrome that meant she wouldn't be able to walk.

The family didn't believe it because of how strong she is, and decided to do their own research before approaching specialists with the prospect that their little girl could have FOP.

Lexi had tests and the results were sent to America, where the confirmed she had FOP on June 14.

"The gene that they look for is the ACR1 gene, and that unfortunately is the gene that she has", Alex told Herts Live.

"We're under the specialist of a top paediatrician in the UK and he said in his 30-year career he's never seen a case like this, that's how rare it is", dad Dave, 38 added.

Both Alex and Dave have praised their little girl for her resilience and have described her as "just brilliant". 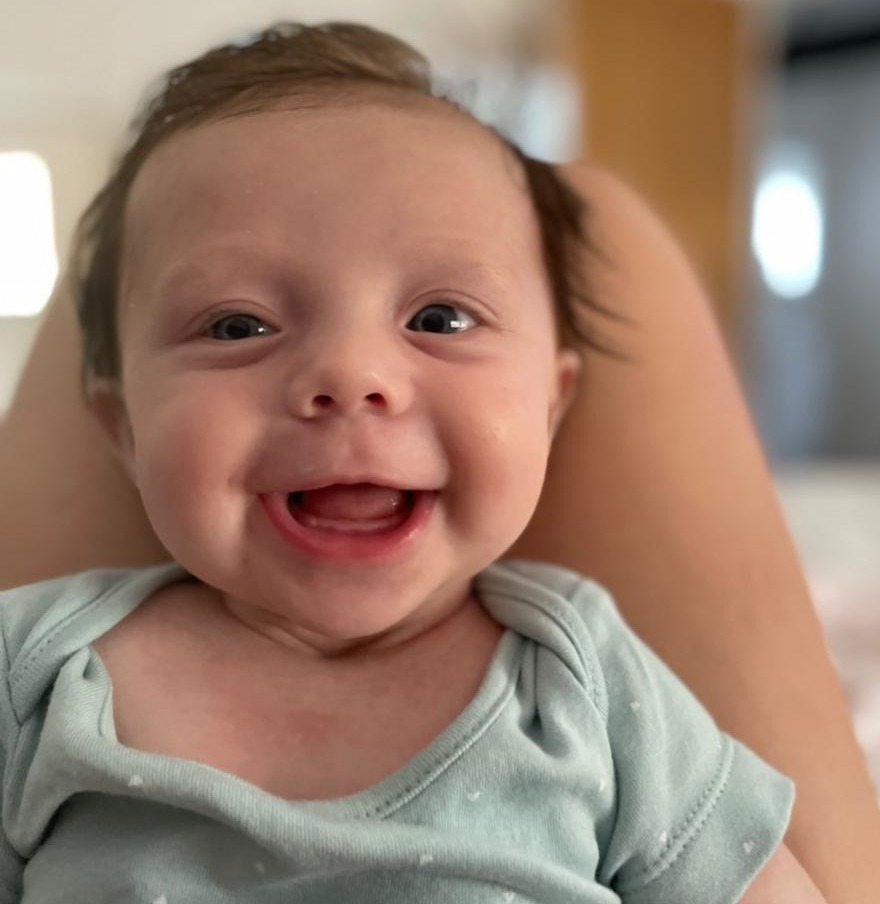 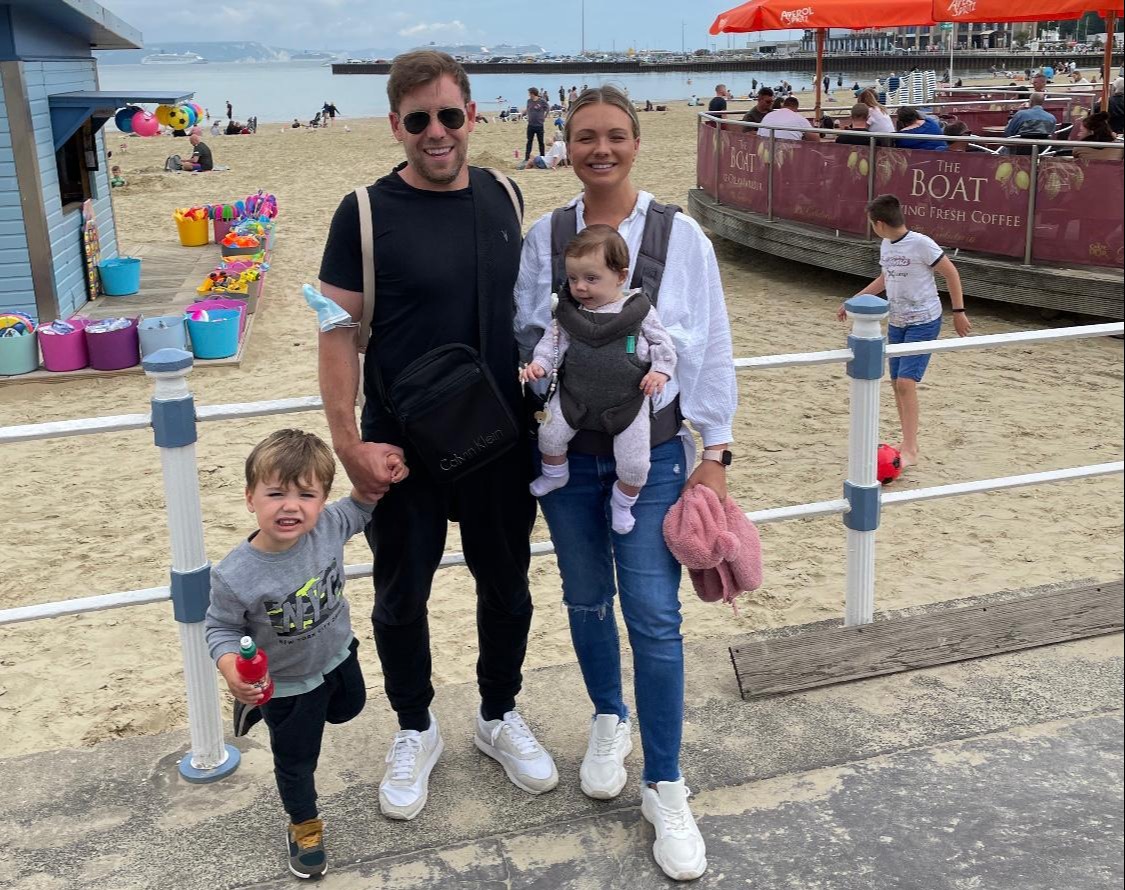 Through their own research the family found that there is a 50 per cent chance Lexi could become deaf if extra bone develops through her body.

Dave added: "It's heartbreaking and a rollercoaster. When you're told there's no cure your heart sinks.

"We're kind of in that process at the moment of having to wrap Lexi up in cotton wool as best we can but at the same time making sure she doesn't miss out on anything.”

The family are part of Facebook support networks and say they have also received help from the FOPFriends Charity.

The said the aim is to help raise money for the charity and raise awareness as they now feel they can help others spot the signs of the illness.

Alex has taken to social media to help raise money for the charity with an aim of reaching a target of 100,000.

So far they have raised £38,235 to help fund potentially life saving treatment for Lexi and others like her.

Writing on their CrowdFunder page the family state: "We have spoken to experts and learnt that there are active clinical trials which are currently very successful.

"They suspect within the next 2-3 years medicine will hopefully hit the market to help prevent and eventually cure the disease. Of course, as with any clinical trials they need money to help the research and pay for the expert's time. 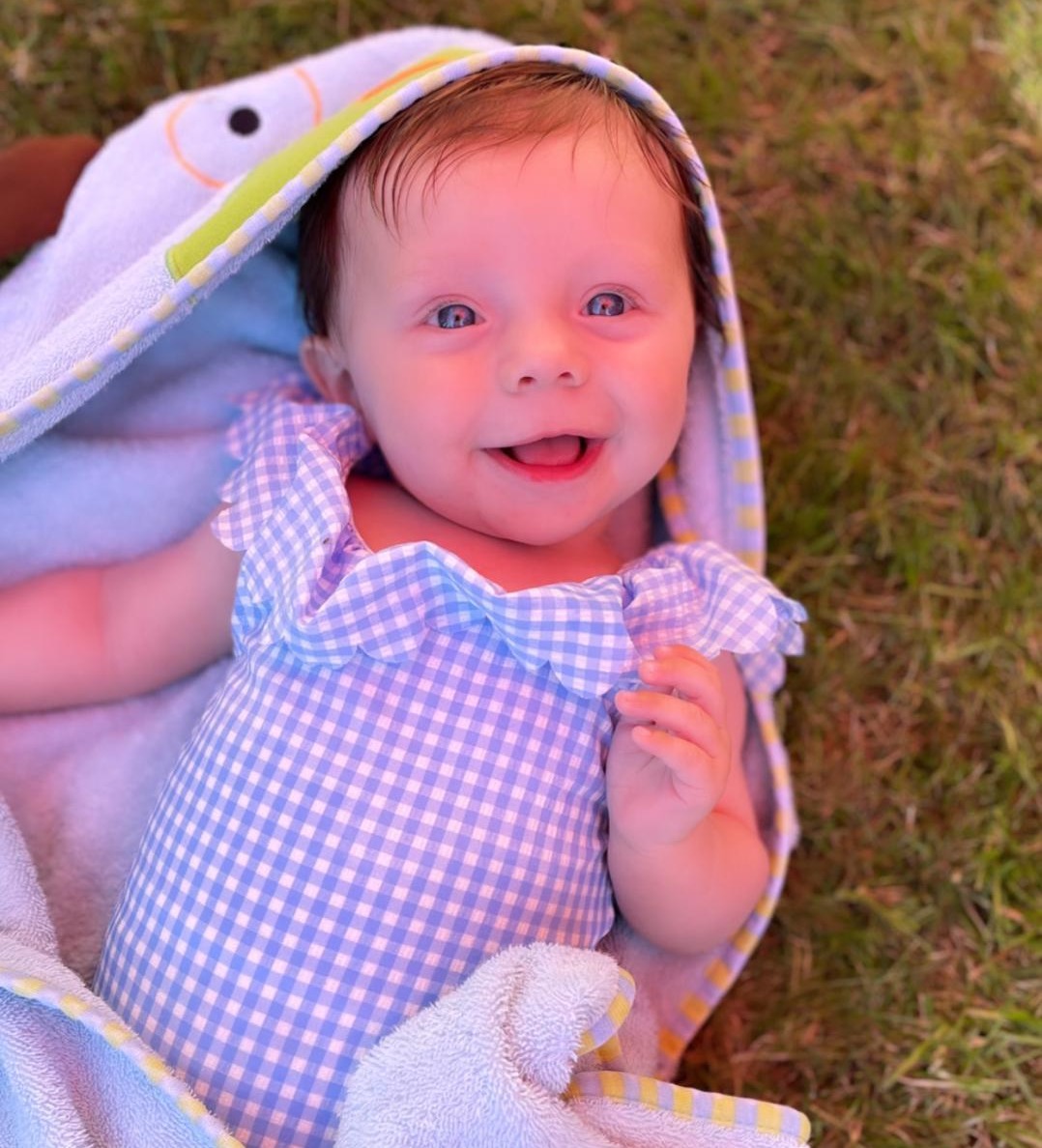 "Our aim is to help raise funds to get this medicine on the market quickly and ensure Lexi can receive it in the early stages of her life to help prolong her time here with us."