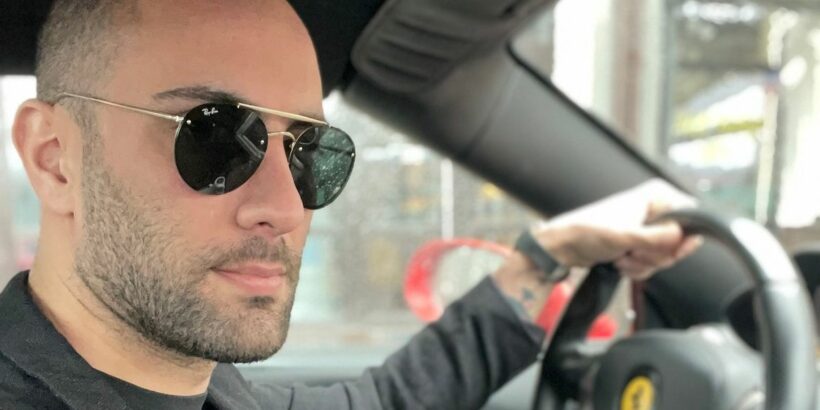 A flash car driving, jet-setter has claimed that “self-pitying losers” are using the cost of living crisis as an excuse for being poor.

Social media marketing supremo, Orel Asformas says he grew up with nothing but used “sheer grit and determination” to drag himself out of poverty.

The 31-year-old has since enjoyed a highly successful career and now enjoys a lavish lifestyle of luxury holidays thanks to his eye-watering six-figure salary.

Orel's own experience of grinding to the top has led to him wanting to share what he considers to be hard truths because if he had blamed his circumstances he “would still be living in the gutter”. “I am the personification of the American dream,” he said.

“Where I grew up we had nothing. My parents didn’t have money and it was very much a hand-to-mouth existence.

“I wasn’t academic and when I did go to school I was treated with disdain by many teachers.

“So on the face of it – you would have predicted that I would have ended up a failure.

“But I did not allow myself to be a victim of my circumstances. I could have sat there and blamed the world for my problems. “But I’m not one of those self-pitying losers looking for an excuse for being poor.

“I have earned everything that I now own through hard work and determination.

“It might sound harsh and I know plenty of people will shoot me down but at the end of the day I’m just being honest.

“Some people don’t like cold-hard truths but then denial has always been easier than facing up to reality.”

Orel grew up in Israel and launched his first business selling oil paintings of rabbis when he was 19. It “failed abysimally” but he carried on and was convinced that he could make money if he tapped into the right industry.

Around this time – in the early 2010s – social media was exploding in popularity.

Orel saw this growing trend and began working in affiliate marketing, which involved producing adverts for companies on Facebook.

He frequently hired stunning models and flash cars to make his adverts stand out – leading to his client base and revenues expanding exponentially. Speaking about his philosophy for success, Orel – who now lives in Belarus – said people must “taken accountability” of their actions.

He added: “I think most people should listen to themselves rather than to their friends and family.

“I was always pushed to do things I wasn’t meant to do since I was young.

“It was only when I realised that no one knows me as well as I know myself, I decided to stop listening to everyone.

“Only I can control my life. Once people accept that and take responsibility they can move forward and achieve the kind of success they only ever imagined was possible.”