This is the heartwarming moment a flash mob of rail staff and volunteer singers from across the country spread a little festive cheer with a choral version of Lean On Me.

The event, organised by the charity Railway Children and sponsored by Southeastern, saw the choral flash mob stun commuters at London Bridge Station  by bursting into the Bill Withers classic during the afternoon rush hour on December 11.

Footage shows the startled commuters stop in their tracks as the harmonies echo across the station and take everyone by surprise. 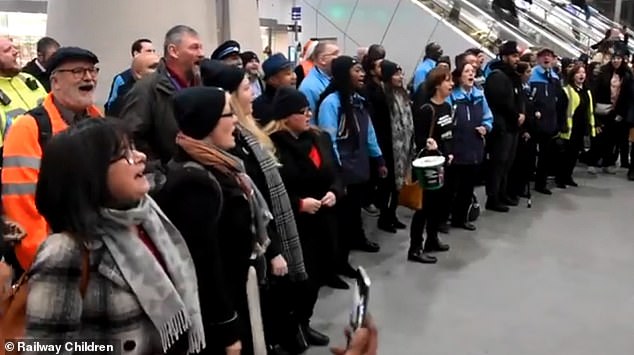 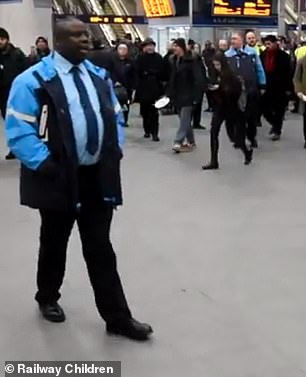 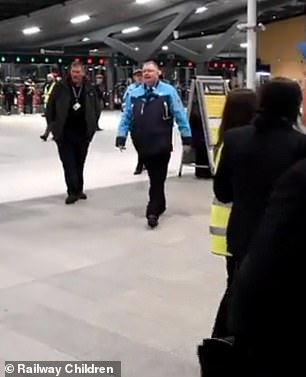 As music begins to play, rail staff begin singing and forming into a group near the arrival and departure boards 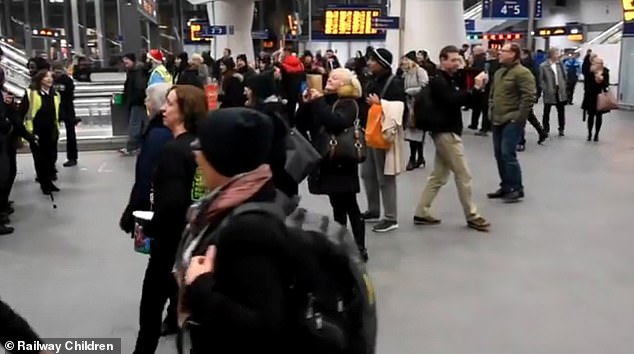 As the music begins to play inside the busy station, rail staff are seen singing and coming together.

Soon more members of staff appear to join in and within a matter of seconds a mass congregation of singers take centre stage inside the busy city station.

The flash mob, led by music producer and choir director of Britain’s Got Talent’s Missing People Choir, James Hawkins, staged their musical spectacle every 15 minutes during the afternoon rush hour.

Organised by The Railway Children, the charity helps to provide vulnerable children across the UK, India and East Africa, who are forced to leave their homes, with protection and opportunity. 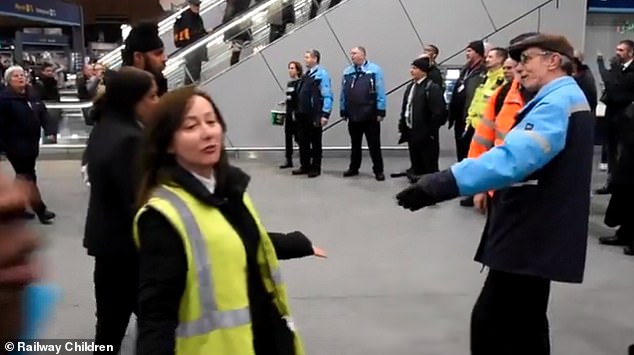 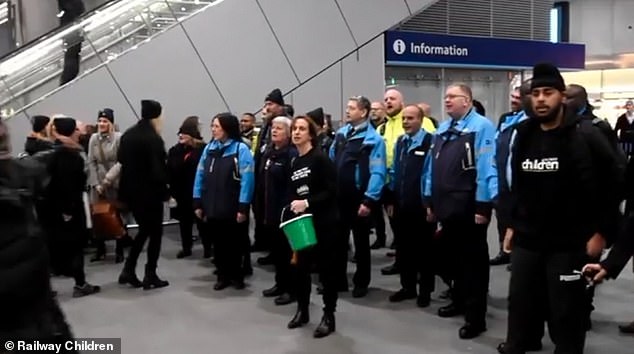 The charity later posted the video on their Facebook page with the caption: ‘Treating commuters at London Bridge Station to a surprise performance this afternoon!

‘Springing into song thanks to Southeastern and helping raise awareness of Railway Children and our work with children at risk on railways and streets around the world. #RCFlashMob’ 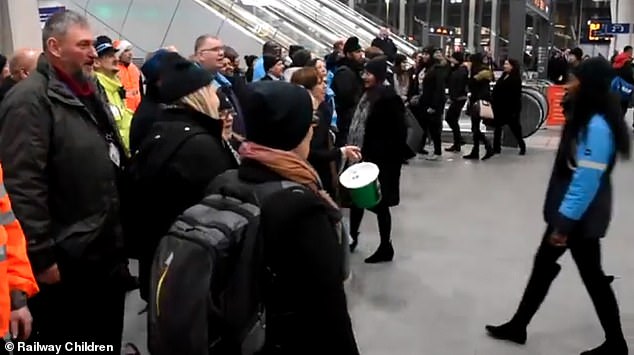 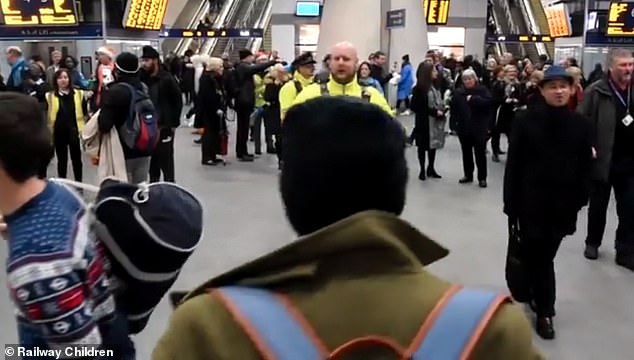 ‘As a rail provider we have a duty to recognise vulnerable people, who might be using our stations for shelter.

‘People often find it hard to believe that there are children in the UK sleeping rough, but we hope yesterday’s event has helped create a greater awareness of the issue.’

Since it was posted online, the video has received more than 4,000 views on its Facebook page.