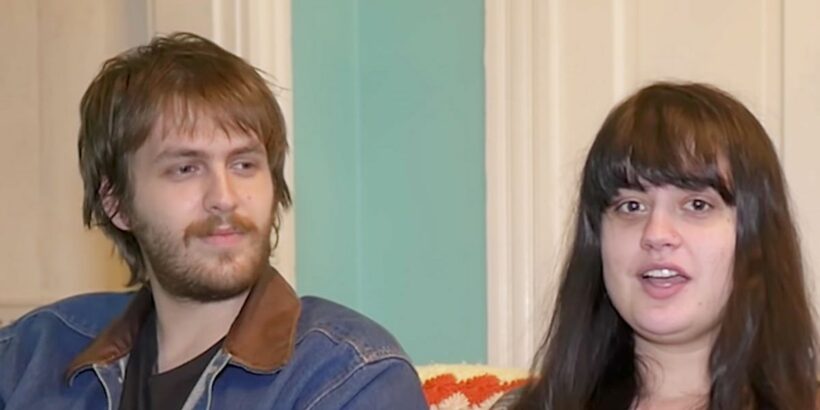 Being woken in the middle of the night by an intruder is a common fear for many of us.

We've all been in bed at night and had that panic-stricken moment of thinking we can hear something, or even someone, in the house with us.

And on occasion, it even happens – and when a crazed drug addict burst through a woman's window her heroic flatmate jumped to the rescue – with a rather unusual object.

The woman, known only as Rosemary, said she had been asleep in her bed in an unearthed video clip from April 2021.

But she woke with a fright when a man jumped through her bedroom window "head first" – leaving him covered in blood.

Rosemary said: "I was sleeping in my bed around 3am last week and this man busted through my window, a totally random man yelling at me about a bomb, and he got in my bed all bloody, yelling at me and wouldn't get off me."

Flatmate Ashe Wilson had himself been asleep with his girlfriend at the time and was woken by his partner after she heard screaming.

Ashe quickly jumped to the rescue.

He said: "So my girlfriend tapped me and I just heard Rosemary screaming.

"I ran out in my underwear, busted the door down, and was just like 'what the f***'s going on and started yelling at this dude.

"He wasn't moving or responding to anything I was saying at first so then I just started wailing on him."

Ashe added: "He kind of started belligerently moving around and the closest thing to me at the time was the magic wand which was laying on the floor and I hit him a couple of good times with it and got him out of the house and the police did the rest."

He said the sex toy had been "super-durable" and had actually been a suprisingly good weapon.

Rosemary said: "It's like a really expensive product so it's funny, while he was doing it and while I'm in shock I'm like, 'oh my god we're all covered in blood' I was like, 'Ashe that's too expensive, can you use something else?'

Explaining how the crazy situation came about, Rosemary added that the man had thought that an exploding vehicle was a bomb and he was "trying to rescue her".

"He ran out, jumped the fence, and fell into our neighbour's trash can and the police found him in the trash can.

The blood-soaked crime scene was cleaned up by Spaulding Deacon, who shared the incredible story on their YouTube channel here.