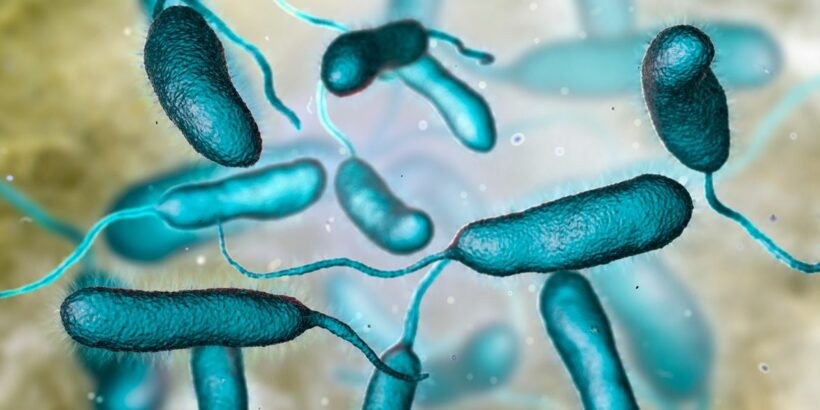 Communities in Florida that were devastated by a hurricane just weeks ago are now facing a new enemy – a deadly flesh-eating bacteria.

65 infections of Vibrio vulnificus had been reported as of Friday (October 14), and at least 11 people have been killed by the disease so far.

In comparison, Florida Department of Health only reported 37 cases prior to the storm that first hit on September 28, the New York Post reports.

Lee County, where some of the most heavily-impacted communities including Fort Myers and Sanibel Island are located, is home to the majority of new cases of Vibrio vulnificus, which eats at the flesh in open wounds.

Tammy Soliz, a spokesperson for Lee County Department of Health, told CNN : "DOH-Lee is observing an abnormal increase in cases of Vibrio vulnificus infections as a result of exposure to the floodwaters and standing waters following Hurricane Ian.

"Since September 29, 2022, 26 cases of Vibrio vulnificus associated with Hurricane Ian have been reported to DOH-Lee.

"All 26 cases had wound infections with exposure to Hurricane Ian floodwaters that occurred from the storm surge entering their homes or during post-storm clean-up."

Soliz added that six of the deaths resulting from the infection were in Lee County.

Last year only 10 deaths and 34 cases of the infection were reported.

However, it isn't all bad news – the rate of reported cases is now on the decline, according to Florida Department of Health spokesperson Jae Williams.

Infection by the bacteria is the leading cause of death related to eating seafood in the US.

The disease is most commonly contracted by eating raw or undercooked shellfish, especially oysters, but can also be caught when open wounds come into contact with seafood or its juices, or with saltwater or brackish water.

The disease is often mild and infections can go away on their own, according to the Centers for Disease Control and Prevention (CDC), but the organisation suggests patients drink plenty of liquids as fluid can be lost through diarrhoea – one of the symptoms of the disease.

Other symptoms include abdominal cramping, nausea, vomiting, fever, and chills.