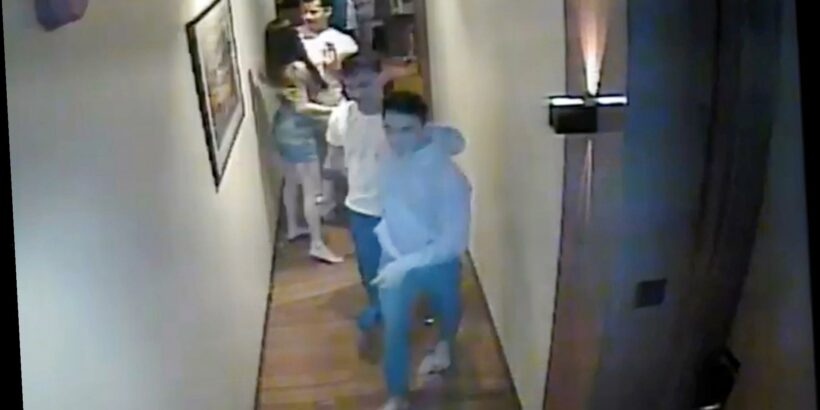 The family of Filipino flight attendant Christine Angelica Dacera is demanding extra CCTV footage from the hotel where she was allegedly raped and killed after a New Year’s Eve party, according to reports.

Surveillance camera clips have already shown the 23-year-old in the hallway of the City Garden Grand Hotel — catching her kissing one of the 11 men she is said to have partied with that night.

Lawyers for the family — who still believe the Philippine Airlines attendant was raped and killed — are now seeking all the footage, including other angles than that already leaked online, the Philippine Daily Inquirer said.

“Our position right now is that we have an even deeper understanding of what really transpired during those times and that we must be provided with CCTV footage that is not exclusive on that particular angle,” he said, according to the Daily Inquirer report.

Dacera was found unconscious in her room’s empty bathtub early Jan. 1 and pronounced dead after friends and hotel staff rushed her to a Makati City hospital.

Claiming to find physical evidence of rape, Makati City police provisionally charged all 11 men who were with her with rape and homicide.

But prosecutors on Wednesday released three who were subsequently arrested, insisting that police had yet to prove she was raped — let alone that the attack had led to her death. Initial autopsy results said she died from a “ruptured aortic aneurysm.”

On Thursday, National Capital Region Police Office chief Brigadier General Vicente Danao Jr. admitted that there had not been enough evidence to charge them, blaming the “eagerness of the [local] police to file the case.”

“What is important is that we establish the cause of death to avoid incidents like these,” he said, according to the Daily Inquirer.

The delay could also mean that it is too late to collect crucial samples, with the “critical time frame” of 72 hours long gone, forensic pathologist Dr. Raquel Fortun told CNN Philippines on Thursday.

“If you’re going to re-examine the body to collect in hindsight materials like this, it’s late in the day,” said Fortun, who is not involved in the case.

“What can you still get? You have already washed (the body), so you might have lost already material there,” she told CNN.

“And there’s a possibility of contamination. Everything that the body is exposed to, potentially, could be left on it. So swabbing-wise, to me, it’s late.”