MILAN (Reuters) – Venice will face another exceptional high tide on Sunday, after its worst flooding in 50 years on Tuesday caused more than $1 billion worth of damage and submerged St Mark’s Square under a meter of water. 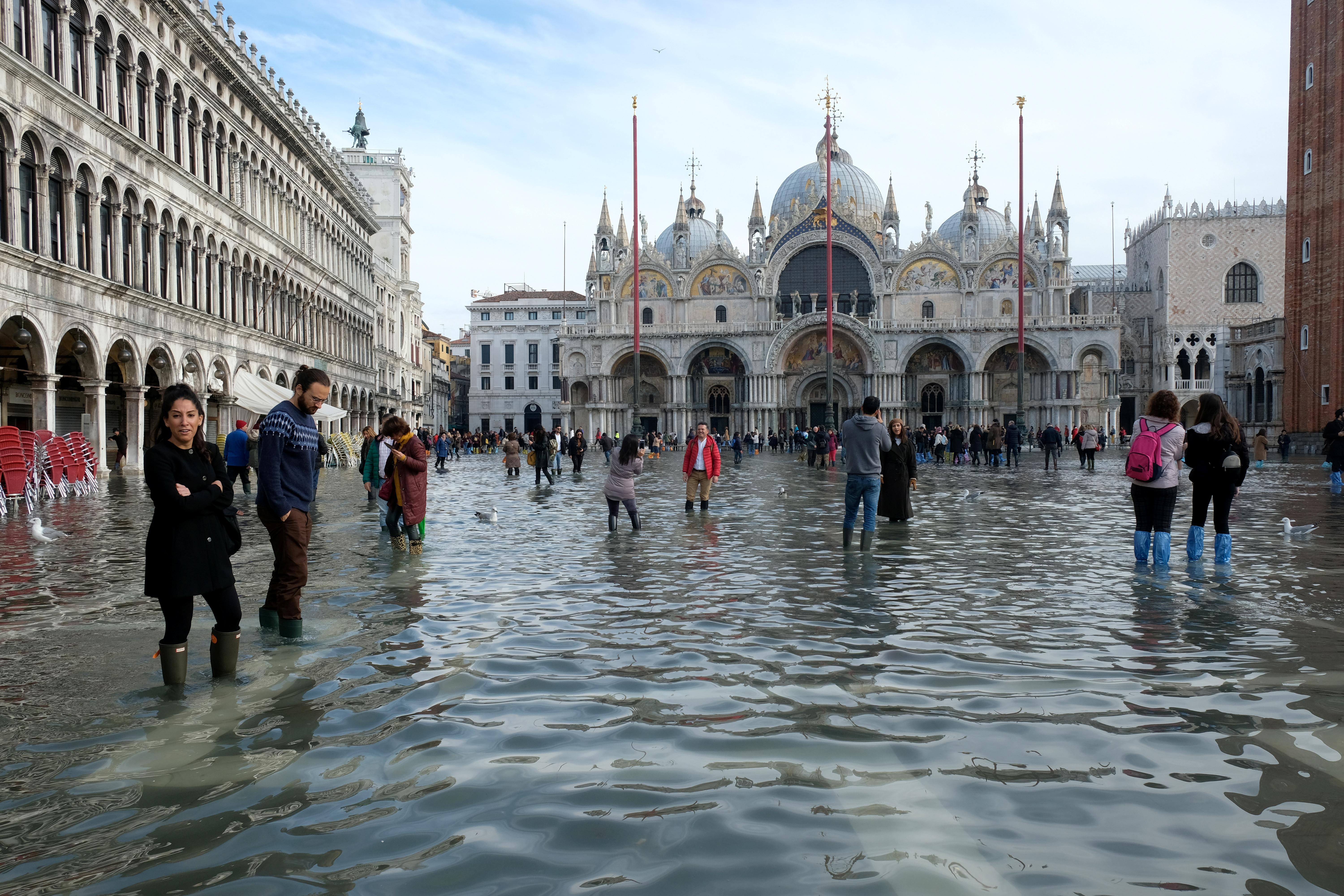 The tide could reach 160 cm (5.25 feet) just after midday on Sunday, according to Venice’s center for forecast on tides.

“It will be a tough day tomorrow, but we are ready,” Mayor Luigi Brugnaro said on Saturday during a press conference.

Brugnaro, who has been appointed the special commissioner to deal with the emergency, on Saturday said he had received offers of support from the European Union, and that the European Investment Bank (EIB) could grant special loans for repairs.

The mayor confirmed a damage estimate of around 1 billion euros ($1.1 billion). The government declared a state of emergency for Venice on Thursday, allocating 20 million euros to address the immediate damage.

Speaking at the same press conference, the official supervising art works and historic buildings Emanuela Carpani said half the city’s 120 churches had been flooded with salt water on Tuesday, damaging some mosaic floors.

“Water is a cancer whose damages emerge after months,” Carpani said, adding that the first repairs to these churches could cost 3.6 million euros.

On Tuesday Saint Mark’s Basilica was flooded for the sixth time in 1,200 years, but the fourth in the last 20.

With three tides above 140 cm this week, 2019 will be the worst year for high tides in Venice since 1872, when official tide statistics were first produced.