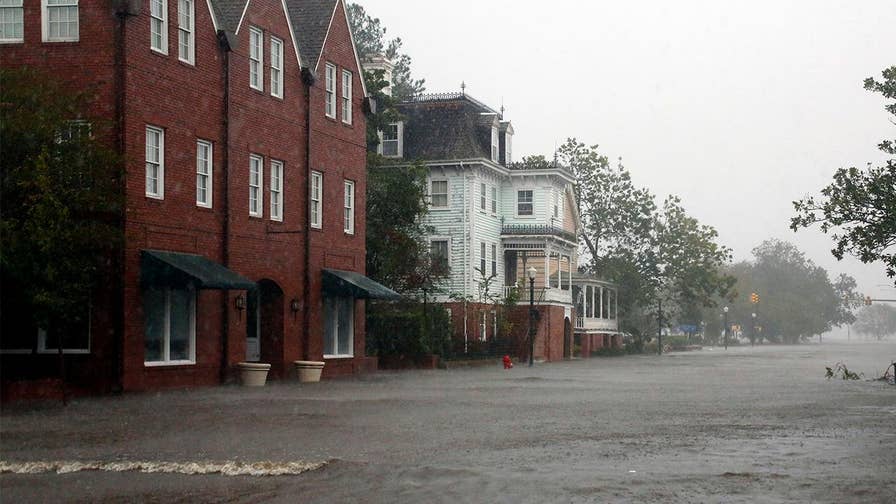 The death toll from Hurricane Florence rose to 17 Sunday after a 3-year-old died when a pine tree crashed into a mobile home, officials said.

The large pine tree split the mobile home down its center, Police Capt. Jon Leatherwood said. The tragedy happened around 12:45 p.m., the Gaston Gazette reported. The paper identified the child as Kade Gill. Leatherwood said the boy’s father and mother were home but not hurt.

The boy’s home in Dallas is about 240 miles west of where Hurricane Florence made landfall Friday in Wrightsville Beach, Gaston County manager Earl Mathers said.

The remnants of Florence have pounded Gaston County with heavy rainfall since Friday night, the Gazette reported. Before Gill’s death, no serious injuries or deaths were reported in the county.

Southeast of Gaston, in Union County on Sunday night, officials failed an attempt to rescue a 1-year-old child in a vehicle who was ultimately swept away in floodwaters, the Charlotte Observer reported.

Rescue officials saved an adult who was in the vehicle. WBTV reported that rescue vehicles were driving away from the search area before midnight, indicating they had called off the search. It was not immediately clear whether the search would resume in the morning.

As Florence pushed further inland through the weekend, flash flood watches were posted in Virginia and southern West Virginia. The National Weather Service has issued the watch through Monday evening in several West Virginia counties.