Massive Hurricane Florence, with tropical storm-force winds hundreds of miles wide, was bearing down on the Carolinas Thursday, pounding the coast with driving rain and powerful waves.

Officials on Thursday made last-minute pleas to residents to evacuate before the dangerous storm surges take over.

Here is the latest:

— Tropical storm-force winds are moving across North Carolina’s Outer Banks and and water levels are rising along parts of the state’s coast. Hurricane-force winds are likely along the Carolina coasts as soon as Thursday evening. The threat of tornadoes also increases as Florence moves closer. Landfall is expected Friday morning. 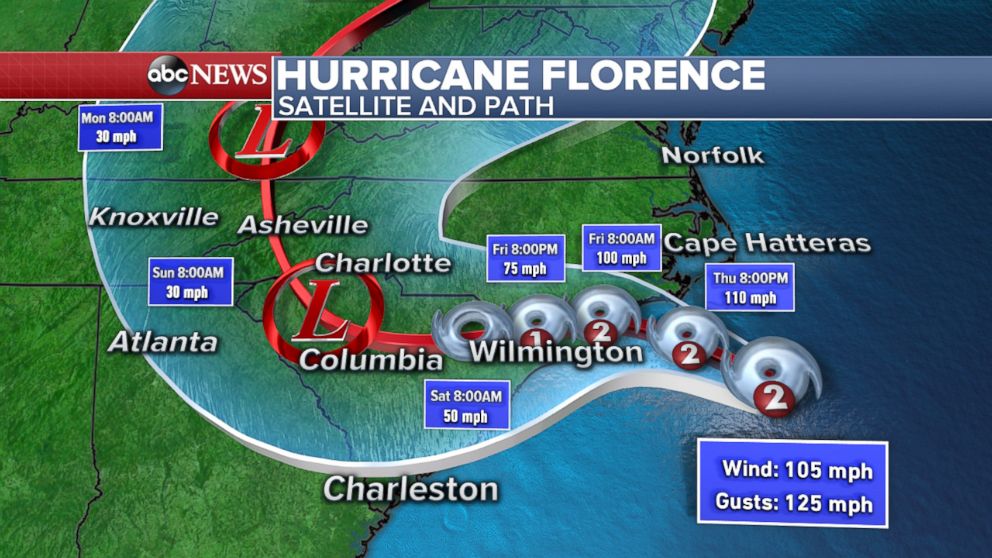 — Though the storm, once a Category 4, was downgraded Wednesday night to a Category 2, the danger is very real. Parts of North Carolina may see as much as 40 inches of rain and the storm surges could be as high as 13 feet.

“Flooding and the storm surge — those are the two main things that kill people and this storm is not letting up,” North Carolina Gov. Roy Cooper said Thursday. The storm will churn very slowly Friday and Saturday, extending the damaging winds and huge amounts of rain that will hit the same areas of North and South Carolina for 24 hours.

— High winds and floodwaters could knock power out for several days, if not longer, officials said. Nearly 30,000 customers were already without power in North Carolina Thursday afternoon — and that number is rising.

‘Don’t risk your life riding out a monster storm’

Florence has prompted massive evacuations in the Carolinas. 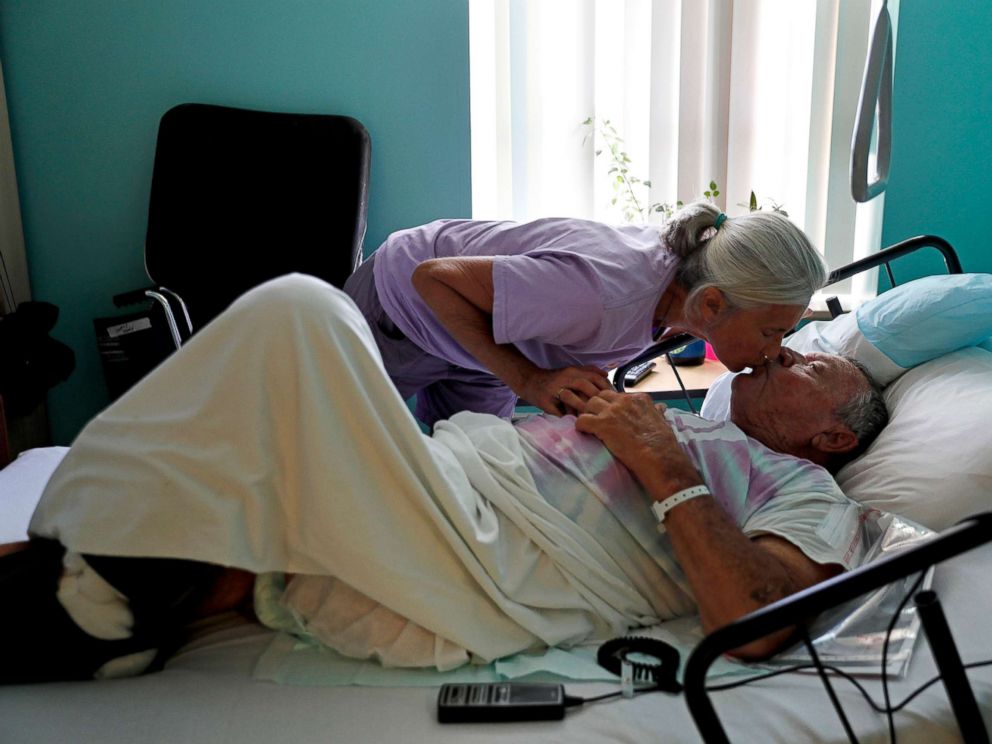 For those in an evacuation area, “there is still time to get out,” Cooper said Thursday. “Don’t risk your life riding out a monster storm.”

“You’re potentially risking the life of a first responder who would try to come and help you and we don’t need that,” he said. “I know it’s difficult to move, and I know that you are leaving things behind that you don’t want to leave behind, but no possession is worth your life.”

South Carolina Gov. Henry McMaster added, “Time is running out. Now is the time to go because that window of opportunity is closing on you very quickly.”

But not everyone is packing their bags.

Kelly Salisbury said she’s staying put in Kitty Hawk, North Carolina, even though most of the town has left.

“We’re on vacation and we have a week off and we came down from northern Virginia to have fun,” she told ABC News. “Play in the water, enjoy the sunshine. Until we can’t. See what happens.”

She continued, “Of course we’re worried. But we’re watching the news every day. We’re keeping track of it, seeing where it’s going to hit and what category it is. And if we feel the need to leave we’ll go. But we’re going to stay as long as we can.” 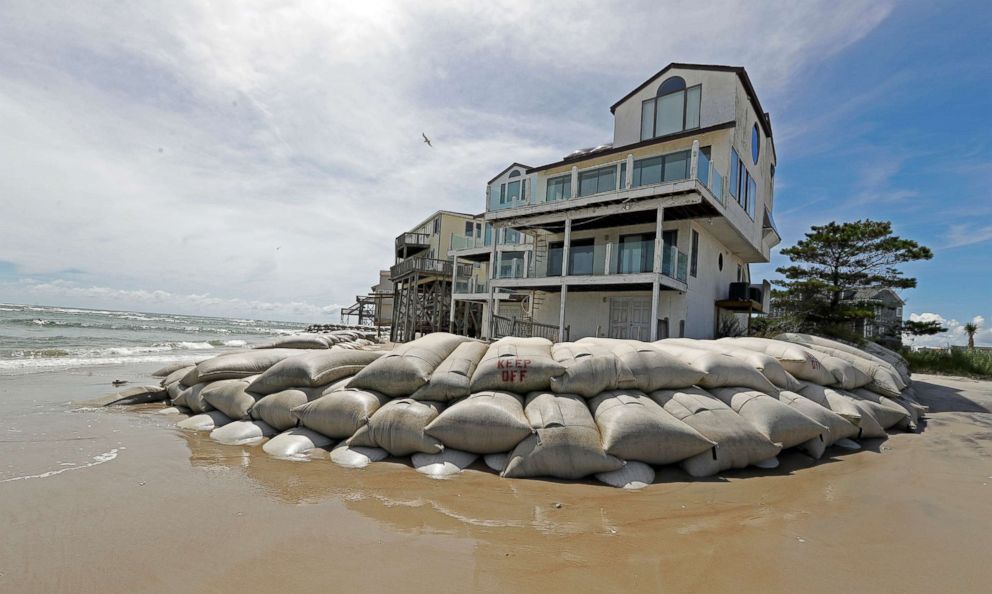 In Awendaw, South Carolina, Chris Johnson is staying behind to watch his house while his wife, Michele, is evacuating.

“I’m not sure if I could go out in the middle of the storm on a 12-foot ladder to replace a window but I could be on the inside and try to do something … or if the refrigerator goes out … I can take care of all of that,” Chris Johnson told ABC News.

Michele Johnson said she’s worried about her husband. But “I think he’s OK with me going so I don’t stress him out more. It’s probably good for our marriage,” she noted.

Added Chris, “I think with what we know right now [with the storm track] this is the best decision for us. I think it’s a great compromise. I’m glad we both came to the decision ourselves. Hopefully, the cell phone tower, which is not too far away, will still work. We can keep in touch.” 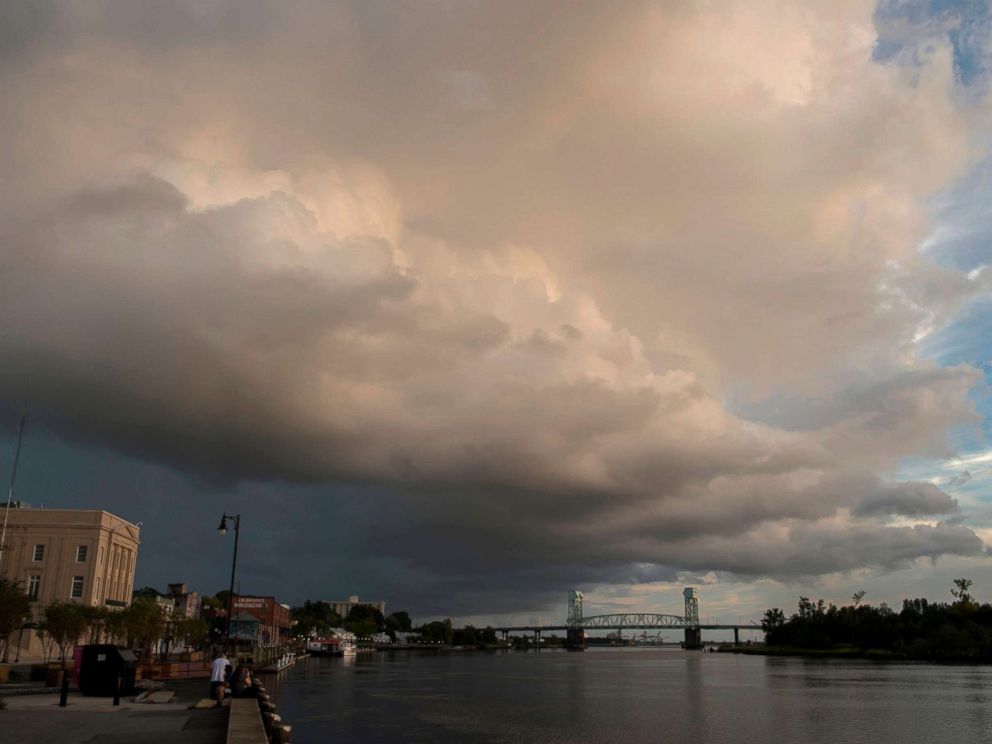 Meanwhile, on the other side of the country, tropical depression Olivia is bringing rain and flash flooding to Hawaii.

Peak rain rates of about 1 inch per hour were recorded in Puna and South Hilo. 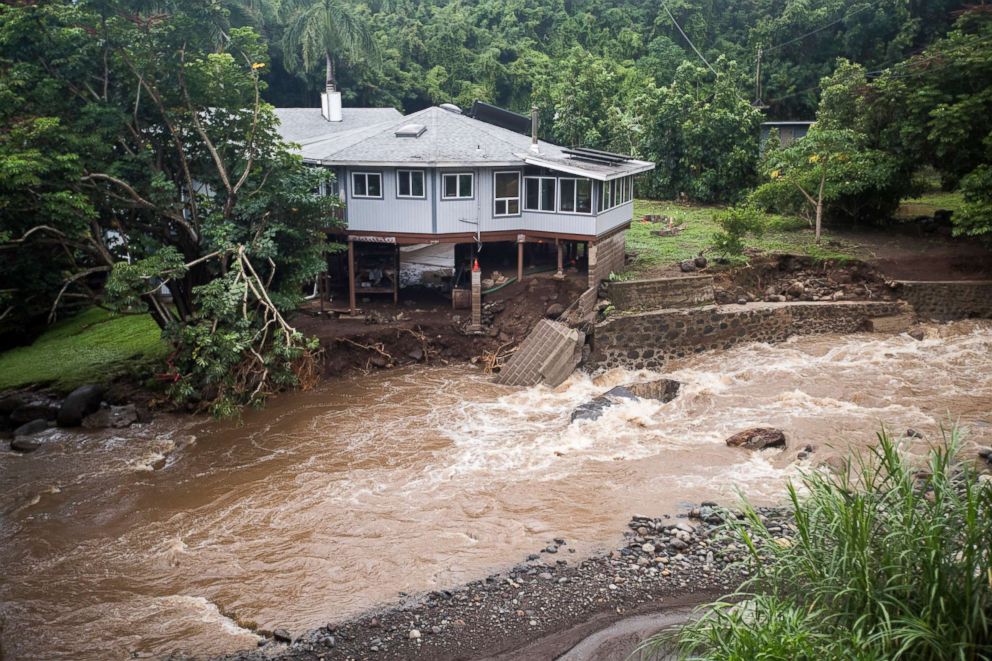 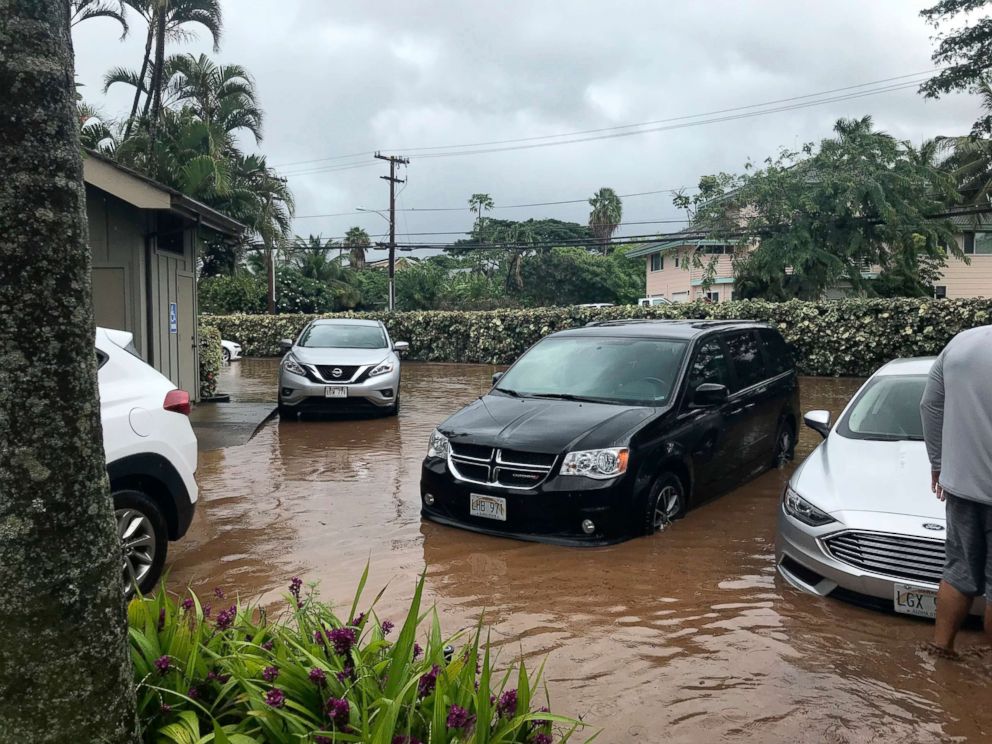