Tropical Depression Florence was downgraded from a Tropical Storm on Sunday and is poised to affect more than 10 million this week in the southeastern U.S.

Once a powerful Category 4 storm, Florence became a slow-moving Category 1 before it made landfall near Wrightsville, North Carolina, on Friday. However, forecasters warned the storm could bring catastrophic storm surges and cause devastating flooding.

Here’s what you need to know about Florence and its path.

Where is the hurricane now?

The storm is 20 miles southwest of Columbia, South Carolina, the NHC said Sunday in a 5 a.m. ET advisory.

The storm is moving west at 8 mph and has maximum sustained winds of 35 mph.

“The center of Florence continues its slow westward trek across eastern South Carolina. Heavy rains and catastrophic flooding continue across portions of North Carolina and South Carolina,” the center said.

What else should I know?

However, flash flooding and major river flooding will continue throughout the Carolinas, the center said, adding "states should monitor the progress of Florence due to the heavy rainfall threat." 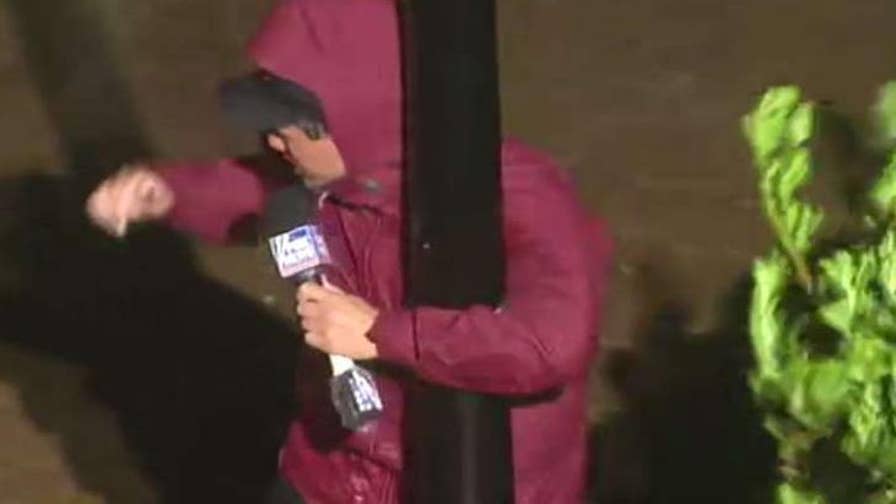 "On the forecast track, Florence’s center will move across the western Carolinas [Sunday] and then recurve over the Ohio Valley and Northeast U.S. Monday and Tuesday," the NHC said.

"Please be prepared, be careful and be SAFE!" President Trump said ahead of the storm’s landfall.

If you’ve been impacted by Florence, you can find emergency contacts here.