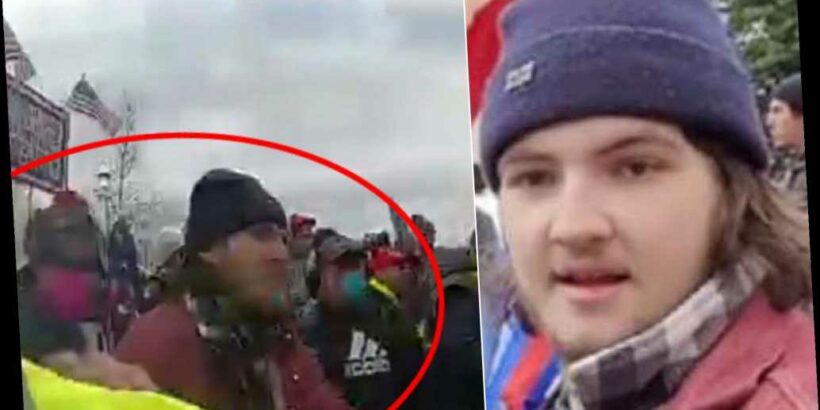 A Florida college student has been charged with hitting a police officer in the head with a skateboard during the January riot at the US Capitol, federal authorities said.

Grady Douglas Owens, a student at Full Sail University in Winter Park, was arrested Thursday on charges including assaulting a law enforcement officer with a deadly weapon and inflicting bodily injury for cracking the DC Metropolitan Police officer with a skateboard during the Jan. 6 siege, an FBI agent wrote in an affidavit.

Owens was caught on bodycam video slamming the skateboard emblazoned with the words “White Fang” into the officer’s head, leaving him with a concussion and an injury to his right pinkie finger, according to the affidavit released Thursday.

The profile identifies Owens as a “mix and mastering engineer” as well as a producer and instrumentalist in Orlando and Austin, Texas.

An employee at the university confirmed Owens as the man seen in the skateboard footage, court documents show.

More than 300 people have been charged federally in the siege that left five people dead, including Capitol Police Officer Brian Sicknick.

Of those, at least 32 are from Florida, the Orlando Sentinel reported.

Owens had his initial court appearance in Orlando Thursday. He was detained and scheduled to appear again Friday morning for a bond hearing, where prosecutors were expected to argue that he should be jailed as he awaits trial for “crimes of violence,” the newspaper reported.

If convicted on all four charges, including three felonies, Owen could be sentenced to up to 36 years in prison, the Sentinel reported.

Owens, who appeared in court Thursday wearing shorts and a T-shirt, told a judge he believed his parents were trying to hire him an attorney, WESH reported.