A 20-year-old man who spoke in front of President Trump and Vice President Pence at a White House event in July is now behind bars in Florida on charges including attempted felony murder and battery on a uniformed security officer.

Johnny Brummit was taken into custody on Oct. 17 following a shooting at a Megabus terminal in Orlando two weeks prior, the Orange County Sheriff’s Office said.

Brummit, a recent graduate of a culinary training program in Florida for at-risk and economically disadvantaged youth, visited the White House on July 25 to speak about his experience. The event was held to mark the 1-year anniversary of the Pledge to America’s Workers, a Trump economic initiative.

“I can’t explain the feeling, it was unreal,” Brummit, who appeared sitting next to Ivanka Trump in official White House photos, told The Orlando Times following the event. “When I got to speak to Ivanka one-on-one that made me feel even more comfortable."

“Not too many people get that experience and I really enjoyed myself there,” he added. 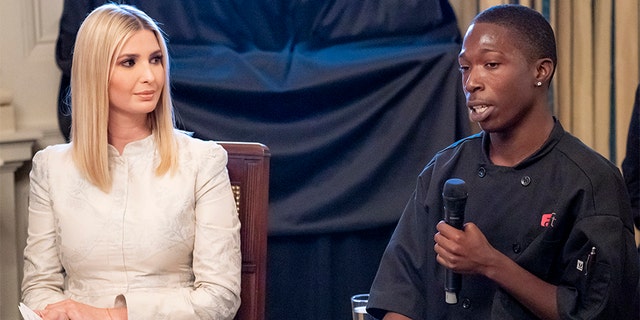 Ivanka Trump, left, listens as Johnny Brummit speaks during an event at the White House in July.
(The White House)

But on Oct. 3, Brummit allegedly was involved in an attack on a security guard at a bus terminal in central Florida.

The Orlando Sentinel, citing an arrest affidavit, reported that Brummit’s girlfriend, Talia Greene-Stover, had gotten into an argument with a Megabus employee who had asked her to not sit in a taxi stand area. A security guard there tried to diffuse the tensions, but then Brummit reportedly joined in on the argument.

Brummit and Greene-Stover eventually departed the terminal, but before doing so, Brummit allegedly told the Megabus employee that he should leave work because he would be back, according to the newspaper.

They later returned to the facility with Greene-Stover’s stepfather, James E. Hird Jr., and started assaulting the security guard, the Orlando Sentinel reported. Hird Jr., the affidavit says, is accused of firing multiple shots into the guard’s shoulder and jaw.

The suspects fled the scene while the guard was rushed to a local hospital. He now is reported to be in stable condition. 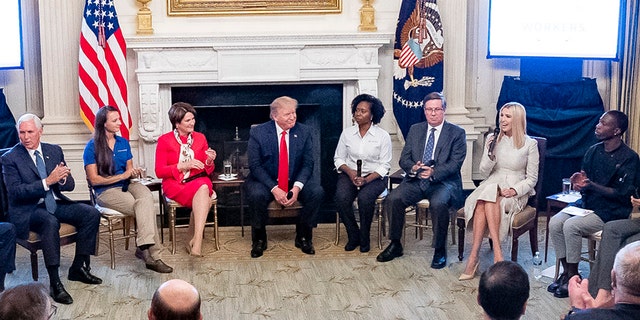 Brummit though has been charged with attempted felony murder, robbery with a firearm and battery on a uniformed security officer, and is being held at the Orange County Jail, records show. Greene-Stover and Hird Jr. also are in custody on similar charges.

“Our hearts are really heavy for him, his family and the victim,” Greg Higgerson, vice president of development at Second Harvest Food Bank, which runs the culinary program, told the Orlando Sentinel. “He shows great promise as a professional. Unfortunately, sixteen weeks in our program can teach a lot of things, but it can’t teach personal decision-making.”

The newspaper reported Brummit has previously admitted to having a juvenile arrest record.

At the time of his arrest last week, he reportedly was working as a prep cook at Aloft Hotel in Orlando – and had been promoted twice in the last six months.

“We’re just devastated over this,” Aloft’s general manager Craig Leicester, told the Orlando Sentinel. "To be honest, it breaks my heart."