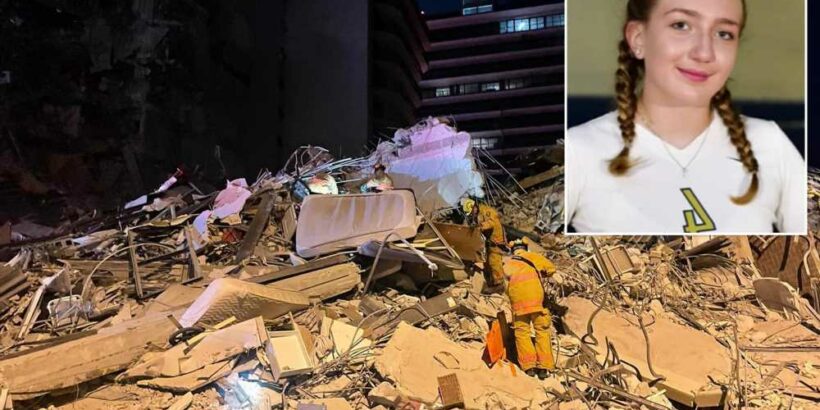 A mom suffered a broken pelvis when she plunged four floors during the partial collapse of their Florida condo tower, but she managed to pull herself — and her teen daughter — from the rubble.

Angela Gonzalez and her daughter, Devon, 16, fell from the ninth floor to the fifth floor when a large section of the 12-story Champlain Towers South Condo in Surfside tumbled early Thursday, CBS Miami reported.

Despite her injury, the mother found the strength to save Devon – but her husband Edgar is among the 99 people who remain unaccounted for in the disaster, according to the outlet.

She and her daughter have been hospitalized at Jackson Memorial Hospital, where family friend Lisa Melencial waited.

“Wasn’t something that I thought I would come down to this, I guess. But pick up the pieces, trying to figure out how to make this work, how to make this better than what it is,” Melencial told the station.

“Even though it’s a tragic scenario. I just want prayers and just the best for her and her family,” she said.

“Hope for the best. Everybody just give prayers. Everybody else’s families or any colleagues or friends that were in the incidents, I wish you prayers, thoughts… And I hope everybody gets well,” Melencial added.

As of Friday morning, the official death toll stood at one, though a Florida state senator reported seeing additional bodies being removed from the rubble.