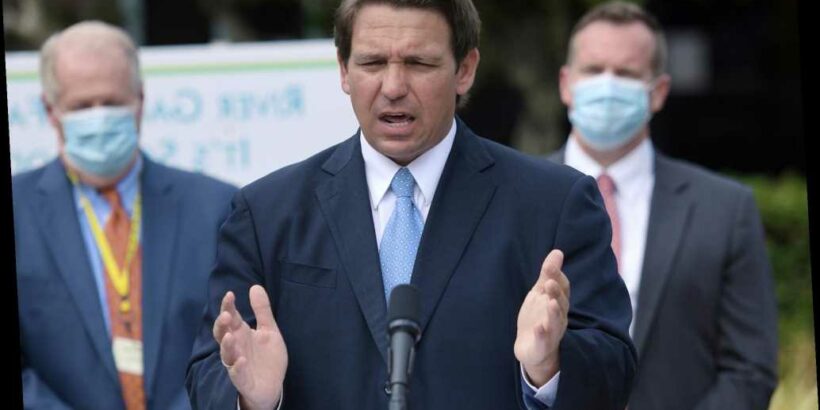 BBC banned in China after explosive report on Uighur rape

Florida Gov. Ron DeSantis has unveiled another piece of legislation in a new offensive against Big Tech.

The Transparency in Technology Act, DeSantis said at a press conference Monday, will “check the growing power and influence of big tech” in the Sunshine State and allow Floridians to “reclaim their privacy.”

“We’re going to shift the balance of power back to consumers and away from Big Tech, because Floridians are no longer going to be dictated to by those … companies,” the GOP governor said. “We’re going to have a more balanced approach where consumers can, in part, control their most sensitive data.”

The act, should it pass muster in the state House and Senate, would force tech platforms to disclose what data they have on Floridians to those users and delete that information if requested.

The law would also ask companies not to sell the data and would create legal avenues to sue for noncompliance.

Whether one state will be able to regulate such massive companies that operate on a global scale remains to be seen — likely in a court of law.

Still, DeSantis stood by the legislation and its ability to stand up in court, saying Monday, “They operate in the state of Florida. What’s the difference in terms of how a rental car would be treated in California versus here?”

Earlier this month, DeSantis unveiled a proposal cracking down on social media companies themselves. This legislation is the sequel.

The first round of legislation would enact a $100,000 daily fine for any platform found to be de-platforming political figures and candidates for office.

At the time, he singled out Twitter for its suspension of then-President Donald Trump’s account “due to the risk of further incitement of violence” after Jan. 6’s Capitol riots.

As an example of big tech intervening to block information it disagreed with, DeSantis mentioned The Post’s story last year about Hunter Biden’s foreign dealings blocked by Twitter.