Footage of John Macris' murder has been published by Greek media as it emerged investigations are focussing on reports he had a sports betting company that may have been a trigger for his execution.

The snippets of footage published by Greek outlet Kathimerini confirms the Herald's earlier reports of how his killing took place. The images of the Sydney gangster's slaying were captured by surveillance cameras installed outside Macris' posh minimalist villa on Troias street, Voula, a seaside suburb south of Athens. 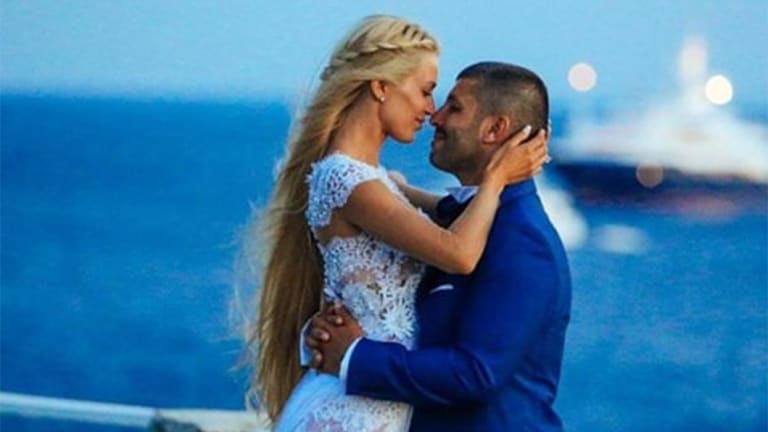 John Macris and Viktoria Karyda on their wedding day in Mykonos.

They show a man, around 170 centimetres tall, wearing dark trousers, a grey top and baseball cap approaching Macris who was in a black Smart car parked opposite his house. The car was normally used by his model wife Viktoria Karyda.

The killer, possibly a hired hitman from Albania, runs toward the passenger side car window and can be seen firing three shots from a handgun.

It is understood that at this point Macris escaped the car trying to get away, but the killer circled the back of the vehicle and shot him again front on. 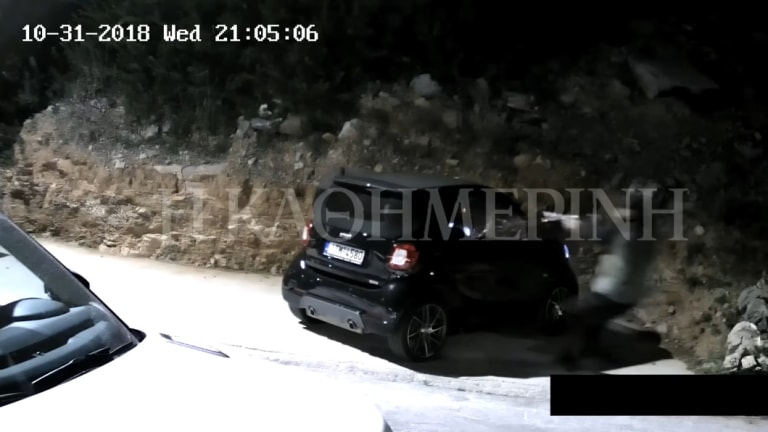 The killer can be seen firing three shots from a handgun into the car.Credit:Kathimerini

Police retrieved six 9mm bullet casings from the scene. Macris died at the scene after being shot four times in the stomach, chest and shoulder blade. When the Herald visited the crime scene, less than 24 hours after the shooting, drops of Macris' blood were still visible on the road.

Greek police are exploring whether Macris, who had no criminal record in Greece, was a member of the local mafia. On the night he was killed, Macris had been heading to open his new security business, which may have been a factor in his death. But there was also talk amongst locals that the Lamborghini-driving 46-year-old was involved in a sports betting company. Police are now investigating whether this may have been the cause of his death.

Police are examining bank accounts and money transfers made by Macris to determine if he was involved in gambling other people's money on an illegal online betting company, most likely based in Asia. They are exploring the prospect of whether Macris may have racked up an enormous debt that he could not repay. 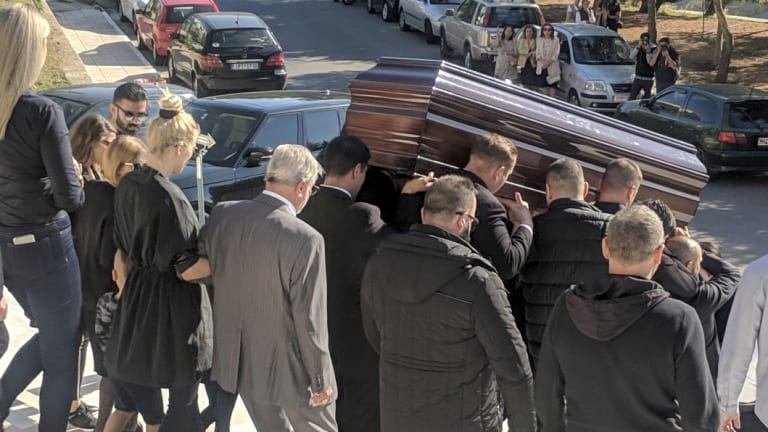 However, it remains unlikely that police will catch the killer even if they work out the motive.  Sources said similar killings are typically carried out by hired hitmen from Albania who flee immediately after committing the crime, using two or three getaway vehicles to make their escape.

There have been seven shootings in Athens this year, starting a turf war that Macris was widely thought to have been a part of.

Macris was farewelled at a small funeral ceremony in Voula on Sunday. His body will be buried in Sydney.