This is the moment a British tourist on a road trip with his family in Austria filmed a truck tentatively making its way through a giant snowdrift around 13-feet high.

Anthony Gibbon, from Carmarthenshire in southwest Wales, captured the remarkable scene on Monday January 14 at the ski resort of Ischgl in western Austria.

Father-of-two Mr Gibbon said that snowfall had collected near a row of parked trucks that had to carve out a route through the giant snowdrifts. 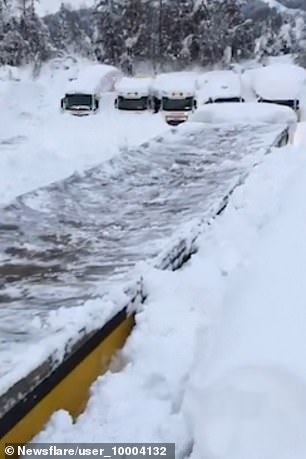 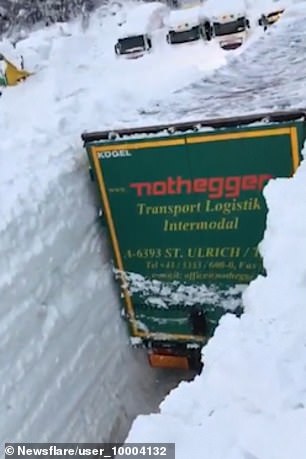 The roof of the lorry is all that can be seen, left, as the vehicle pushes through the snow, right

Mr Gibbon said: ‘I was shocked because we had to leave [where we were staying] and as you could see it was an impossible mission.

‘[My two] kids, on the other hand, were laughing and enjoying the snow.’

Gibbon later added: ‘Since the snow was huge, we had to exit from behind where people who work at that [truck] depot were cleaning snow and they cleared a path for us.

‘When we got out we had to wait for the road to be cleared fully so we waited there for two hours and that is when I recorded this video.’ 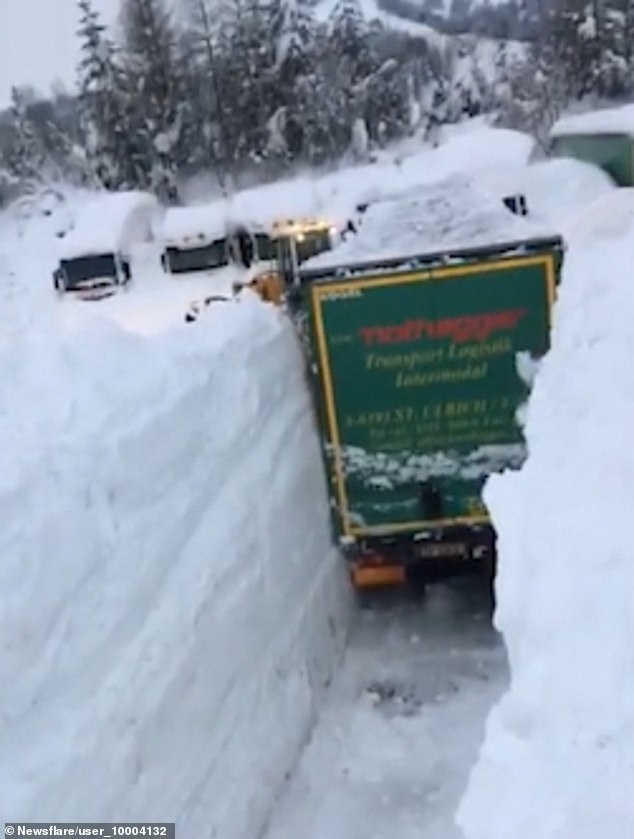 Video footage shows a truck truck trying to clear a path in the deep snow while five other large vehicles sit in the distance of the clip.

Some snow falls from the top of the newly-made path as the truck attempts to turn around in the snow.

Local media have reported that the extreme weather conditions have affected locals and tourists in the area with up to 17,000 people cut off from the outside world.

Severe snowstorms have covered parts of central Europe in a huge blanket of snow over the last week.