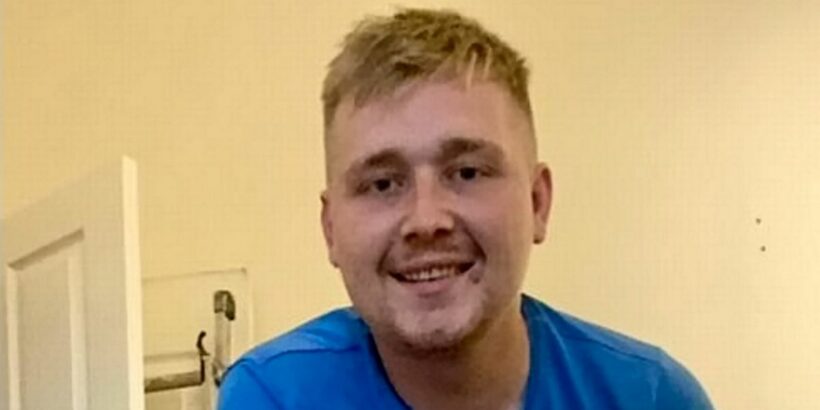 An England fan who had a tattoo declaring the Three Lions champions of Euro 2020 before their defeat to Italy in the final says he is "gutted," but will not be getting it removed.

Footy-mad Lewis Holden was so confident that football would be coming home for the first time in 55 years he had "England Euro 2020 winners – It's coming home!" inked on his right leg three days before the final.

But despite Sunday's heartbreaking defeat, the dad-of-two, 26, said the tattoo is here to stay.

And he has even vowed to get a matching one done on the other leg if England reach next year's World Cup final.

"I'm absolutely gutted, but then who isn't?", Lewis, from Oldham in Greater Manchester, said. 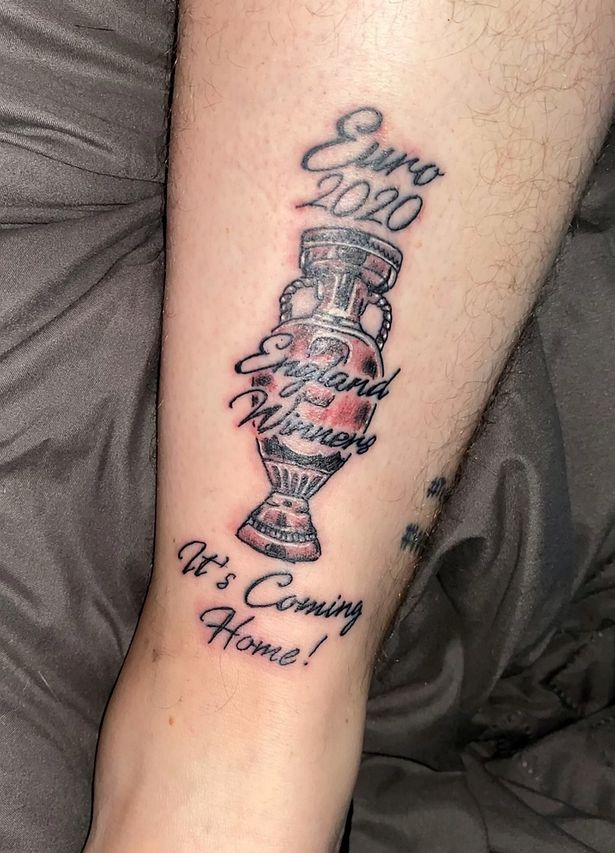 "But I'm keeping the tattoo – there's no way I'm getting rid of it."

But when the match went to penalties, the Sunday league footballer admits even he began to feel the doubts creeping in.

He said: "When it went to penalties I thought 'Maybe it isn't coming home'.

"After we lost my mates were giving me some stick, saying I'm going to have to get my leg cut off. "And no exaggeration I've had friend requests on Facebook from about 500 Italian people overnight.

"My phone literally hasn't stopped buzzing. I've no idea what they want but there's no way they're getting the time of day off me."

And he admits he has no issue with taking the plunge on another tattoo if England reach the World Cup final in Qatar next year.

He said: "I did it for a bit of a laugh with my mates.

"You see so many people being negative all the time on social media, so I just wanted to do something with a bit of positivity.

"The amount of attention it got and the buzz it created was unreal.

"This is the best England team I've seen in my lifetime and I might never see them in a final again.

"But if we do get to the final next year, I'll be down the tattoo parlour again."