ROUEN, France (Reuters) – A tear rolled down Mathilla Diagana’s cheek as she sat in her student dormitory room in the northern French city of Rouen and watched an online video of a Minneapolis police officer kneeling on the neck of George Floyd. 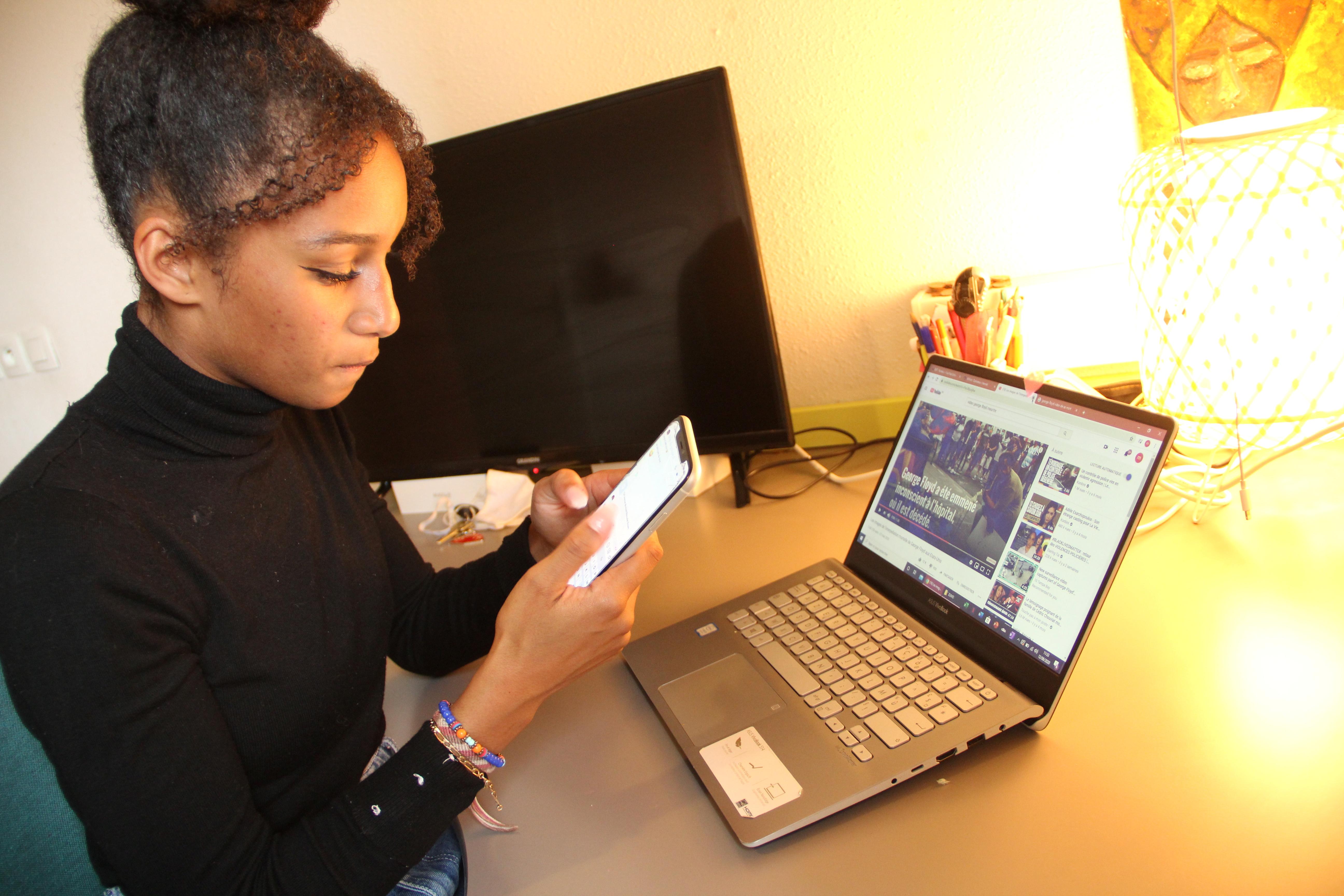 “I feel anger, sadness,” said the 19-year-old, one of tens of thousands who have joined anti-racism protests in France and beyond and turned the U.S. Black Lives Matter movement into a global rallying cry.

She lives far away from the streets of Minneapolis, but the issues raging around Floyd’s death in police custody feel close to home, deeply personal.

Diagana’s biological father is from Mauritania in northwest Africa. At the age of 10 months, she was put in the care of a white foster family who raised her in a village in Normandy.

As she grew older she said she was conscious of being different. She recalled being on a beach and someone insulting her foster mother for having a mixed-race child.

She remembered boarding a bus, and a white women passenger pulling her bag in close, as though she feared Diagana was going to steal it.

When she started working summer jobs, people made remarks about her skin colour and hair. When police checked up on a student party, she felt officers were especially aggressive towards her.

She and a friend drove to Paris to join a June 2 demonstration against police violence. It was Diagana’s first protest. “I felt people’s anger and I realised I’m not alone.”

“I’M SCARED FOR MY CHILDREN”

French Interior Minister Christophe Castaner acknowledged last week that there were cases of racism in the police and said he was determined to root them out.

“Racism has no place in our society, and even less so in our police,” he said in a speech as he promised to ban the use of chokeholds to restrain suspects.

His assurances have done nothing to quell the French crowds.

Carole, a 51-year-old woman who moved to France as a child from Cameroon, attended a “Black Lives Matter” protest in Paris on Saturday with her two sons.

“I’m scared for my children,” she said in her home in a suburb north of Paris. Her kitchen is decorated with portraits of Nelson Mandela, Barack Obama, Martin Luther King, the Dalai Lama and Malcolm X.

She said she briefs her sons about how to behave if they are ever stopped by police. She tells them to always dress smartly, to have their identity documents with them and to be polite. She said she did not want her family name published because she feared police reprisals.

Once, she said, one of her sons was walking in the street with some white friends. When police stopped them, only her son was questioned.

“We want for everybody to be treated in the same way, whatever the colour of their skin,” she said.