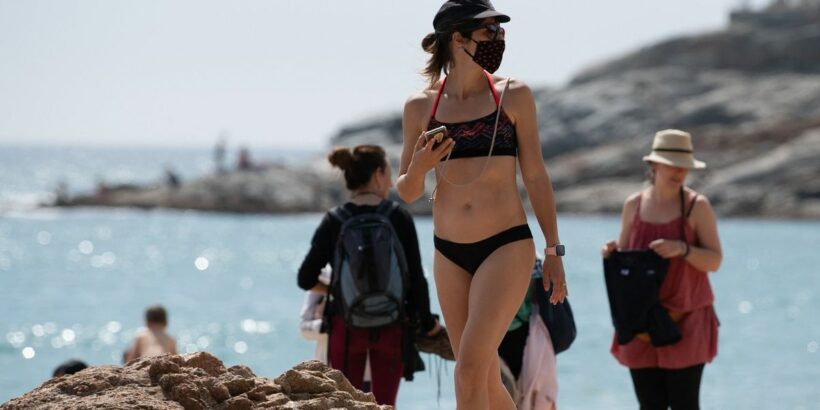 Fancy an escape? Sign up to the Chill newsletter for weekly inspiration and advice on UK holidays

Travel to America and Europe won't return to normal until August, experts say.

The holiday industry will take longer to recover due to the four-week delay to plans to scrap social distancing and facemask rules on June 21 in England, PC Agency's Paul Charles said.

The UK's ambassadors to destination countries have also warned local officials that Brits were unlikely to travel in large numbers until August, according to the Telegraph.

Mr Charles told the Sun : "My clear understanding is that UK Government Ministers do not intend to open up travel to mainland Europe or the USA before the end of July."

He added that destinations including Portugal, Malta, Grenada and Morocco should be added to the green list based on current government data.

And that travel will only re-open more fully once the vaccine rollout reaches the 18-year-old bracket and once the Delta variant was "eradicated".

President of the Valencian Hotel Association Toni Mayor said he believed UK tourism will only be back fully in August after speaking to UK ambassador Hugh Elliott.

"The overall infection levels in Spain are still high in places and the picture is uneven, so I think we will have to wait, possibly until July 20 [for restrictions on travel to ease]," Mr Mayor said.

Tourism heads in Turkey were also reported to have received a similar message after meeting with UK Foreign Office officials.

They are said to not be expecting any lifting of travel restrictions out of the UK until August.

Boris Johnson said the vaccine rollout was being accelerated as he delivered the devastating news at a gloomy Downing Street press conference on Monday.

He said he aimed to have every adult offered their first dose of Covid vaccine by July 19.

Less than a dozen countries are currently on the UK's green list of travel destinations, which is set to be reviewed again before the end of the month.

The final stage of ending lockdown, which was dubbed Freedom Day, was pushed back after scientists warned going ahead with the easing risked a surge in hospital cases as bad as the first wave last April.

The Prime Minister said he was "so concerned" that the Delta strain was "spreading faster than the third wave predicted in the February roadmap."

The variant is between 40 per cent and 80 per cent more transmissible than the Alpha (Kent) strain – much higher than first thought.

The PM said if June 21 went ahead, "there is a real possibility that the virus will outrun the vaccines and thousands more deaths would ensue that could otherwise have been avoided."