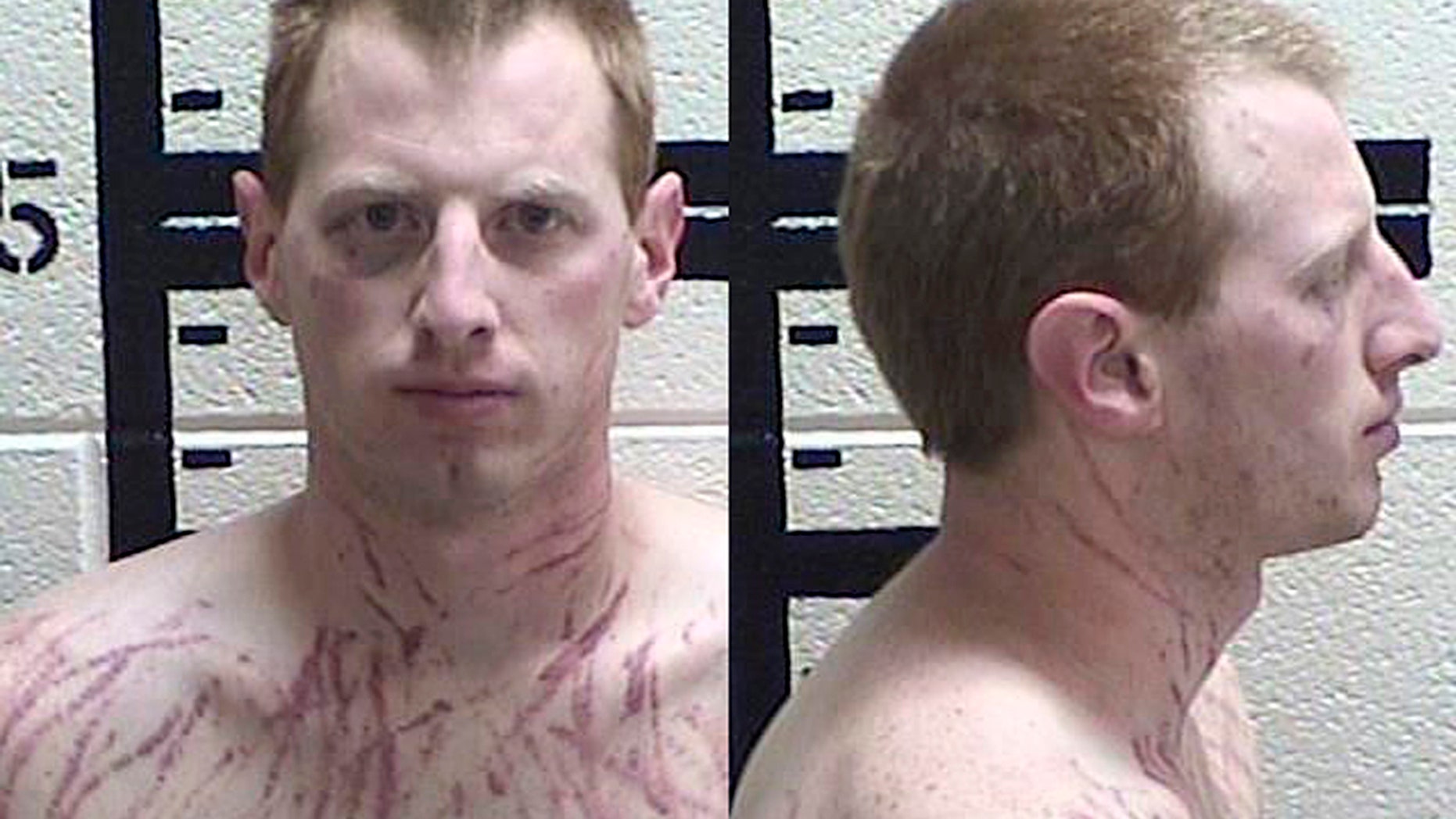 Kirk Taylor Martin, a former jail guard in Georgia, was arrested and faces rape and other charges after police say he held a woman in her home. (Murray County Sheriff’s Department via A)

A fired corrections officer in Georgia has been arrested on rape and assault charges after police said he allegedly held a woman against her will for hours.

Officials said he was arrested Friday after the victim was able to contact someone outside her home after being held there by Martin from the afternoon of March 7 until the early hours of March 8.

Martin's mug shots show him covered with dozens of bloody scratch marks on his neck and chest that police said were inflicted by the victim during a violent struggle, the Dalton Daily Citizen-News reported.

GEORGIA WOMAN WHO KILLED 3, INCLUDING BABY, IN CRASH AT AGE 17 GETS PROBATION, NO JAIL TIME

According to court documents, Murray County sheriff’s deputies responded to the home after the alleged victim called 911. During that call, a man reportedly took the phone away from the person calling for help, NewsChannel9 reported.

Upon their arrival, Martin reportedly told deputies he had “f—– up” and that he had “let things get too far.”

An illegal immigrant with known gang ties has been arrested in the stabbing death of a San Jose woman; Jonathan Hunt has the details.

The 28-year-old reportedly told deputies that he and the victim had recently broken up and he had entered the home using his spare key.

Martin told officials the victim was in the shower when he entered the home and he tried to engage in sexual intercourse with her, but she resisted. He then allegedly pinned her down to keep her from fighting back.

The victim told investigators that Martin allegedly used an object to penetrate her while holding her down by choking her. She said she thought she would pass out, the affidavit said.

Court documents say Martin then locked her in a closet, before letting her out after she calmed him down by saying they could get back together.

According to her account, the victim was able to contact her mother, who then called the police.

When Martin learned police had been called, he allegedly threatened to kill himself – grabbing a firearm off her nightstand. But he reportedly got scared and put both down, the affidavit said.

Martin worked as a jailer from March 2017 until he was fired in April 2018. Murray County sheriff's Deputy Chief Jimmy Davenport told the Dalton Daily Citizen-News that Martin was fired after multiple violations of jail policy, including giving an inmate the wrong prescription medication.