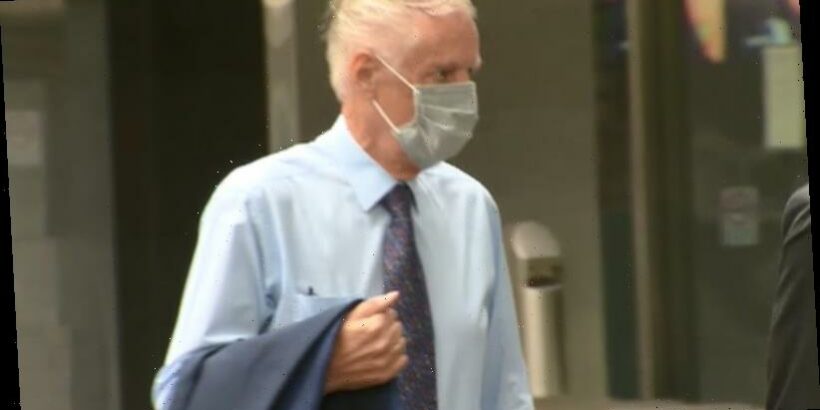 The former principal of one of Melbourne’s most prestigious schools who built an illustrious teaching career on the back of criminal lies has been hailed as a gifted and exceptional educator who inspired those he taught.

Neil Lennie was headmaster of Caulfield Grammar School for five years and taught at three other private schools across 24 years despite never having been registered as a qualified teacher. 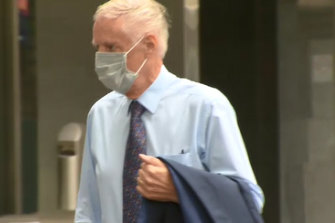 Neil Lennie outside the County Court on Wednesday.Credit:Nine News

Lennie has pleaded guilty to four counts of obtaining a financial advantage by deception after he falsely claimed he was a registered teacher and had tertiary qualifications in teaching, science and business, which helped him land positions at Mount Scopus Memorial College, Haileybury, Caulfield Grammar and Overnewton Anglican Community College, in Keilor, between 1976 and 2000.

The 72-year-old on Wednesday faced a plea hearing in the County Court, which heard his once envious reputation was now one of humiliation.

But judge Patricia Riddell told Lennie he wouldn’t be jailed and that he would instead be assessed for a community correction order. Prosecutors had argued his crimes warranted a custodial sentence given their seriousness and to deter other offenders.

Prosecutors also want Lennie fined $843,000, which they say is a conservative slice of the money he was paid at the schools, based on a teacher’s minimum wages. 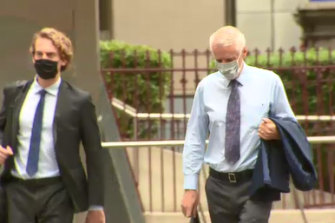 Neil Lennie (right) established a teaching career on the back of criminal lies to schools that employed him.Credit:Nine News

Despite securing jobs on lies, Lennie’s former students and colleagues recalled he was an enthusiastic and outstanding educator who cast a positive influence in teaching advanced science, mathematics and physics.

Nine former students, including Professor Sharon Lewin, one of Australia’s leading experts in infectious diseases and a scientist on the front line of Australia’s fight against the coronavirus, wrote in references they felt privileged to have been taught by Lennie and regarded him as a stand-out teacher in their formative years.

Professor Lewin credited her love of science to her time in Lennie’s classroom at Mount Scopus in what defence counsel Ian Hill, QC, said “could not be a more powerful reference” in support.

Other former students who wrote references included a doctor, neurologist, dentist, engineer, a maths and science teacher, an expert in corporate banking and actor and director Pip Mushin. 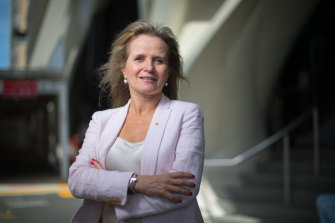 “We can all remember that one teacher who was exceptional, and he’s remembered by many,” Mr Hill said.

Lennie grew up in Bahrain where his parents were teachers and after finishing boarding school at Haileybury, enrolled in several courses at Victorian universities but never completed them, the court heard.

In the late 1960s and early 1970s he used his father’s teacher registration number to get jobs at three state high schools, at a time when teaching didn’t require tertiary qualifications, prosecutor John Dickie said.

His offending began in 1976 when he falsely claimed to Mount Scopus he had tertiary qualifications and was a registered teacher, lies that secured him roles at the Burwood college and subsequent schools.

None of the schools conducted a thorough check of Lennie’s early work history, the court heard, and had someone done so they would have realised he had claimed that he was teaching at age 16.

But by 2008, when Lennie was privately mentoring Year 12 students, Victorian Institute of Teaching officials identified discrepancies in his record and ultimately cancelled his registration.

In 2015 he was convicted and fined $8000 for teaching while unregistered and the institute alerted police. A police investigation began and was delayed but Lennie was charged last year and pleaded guilty.

Judge Riddell told the prosecutor she struggled to identify the damage and loss suffered by the four schools, as the evidence before her was all “glowing” in support of Lennie and his positive influence.

But Mr Dickie said Lennie’s offending was prolonged, sustained and serious offending despite the contributions he made, and that he was motivated by financial gain. He would never have landed the jobs if not for his lies.

“It goes to the heart of these systems in place to ensure that qualified people are in these very important roles,” the prosecutor said.

Mr Hill said Lennie’s teaching career began legitimately at state high schools, and that the satisfaction of teaching students and seeing them realise their potential drove his motivation, not financial greed.

The early days of his working career and family life meant he never had time to gain tertiary qualifications and formal registration, his lawyer said.

Mr Hill said there was no evidence of reputational damage among the schools that employed Lennie, and called on Judge Riddell to consider his client’s remorse, apology and the public humiliation he had experienced since his guilty plea, and the delay in the investigation against him.

He said a jail term would unfairly penalise Lennie’s wife, who is recovering from health problems.

Lennie, of Box Hill North, is on bail and will be sentenced on March 18.